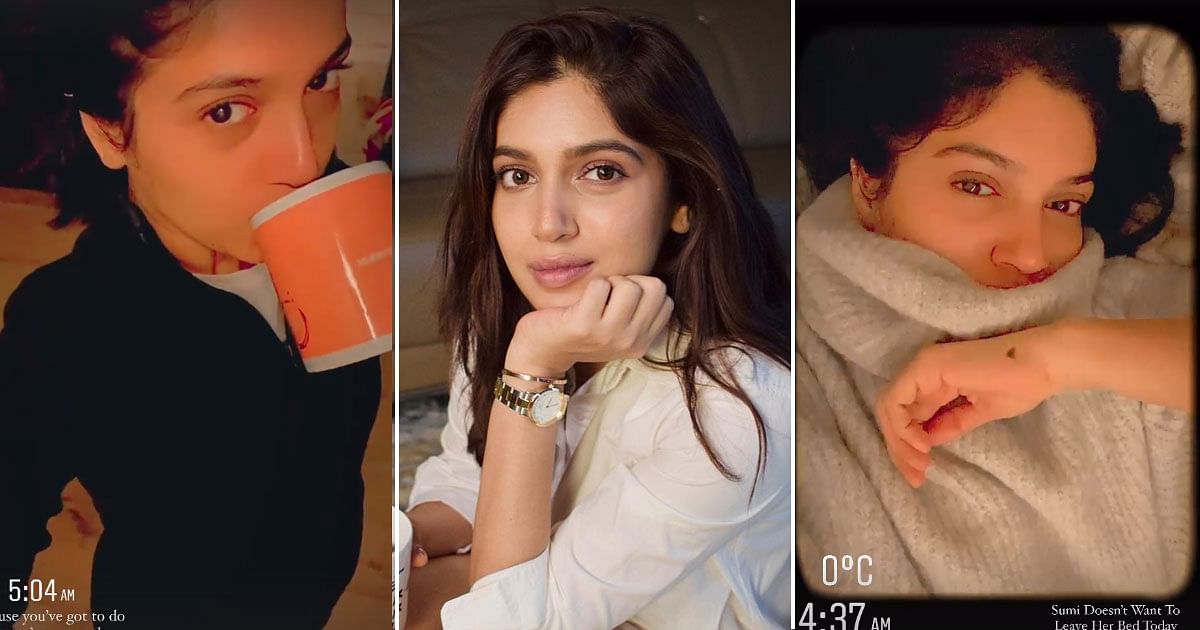 Actress Bhumi Pednekar is shooting for Badhaai Do, a follow-up to the National Award-winning film Badhaai Ho, at Zero degrees Celsius. Bhumi posted a string of Instagram images and clips on Friday to share the experience.

Alongside an image, where she is seen lazing in bed, she wrote: “Sumi doesn’t want to leave her bed today #SumiDiaries #BadhaaiDo 0 (degrees) C. 4:37 AM.” Sumi is the name of her character in the film.

Bhumi then shared a picture taken at 5.04 am on Friday. In the image, the actress is seen sipping on coffee. “Because you’ve got to do what you’ve got to do… Getting ready #SumiDairies,” she wrote.

Bhumi Pednekar did not share where she is shooting for the film.

Badhaai Do is the second instalment in the Badhaai Ho franchise. While the first film starred Ayushmann Khurrana and Sanya Malhotra, the new film will see the Bhumi team with Rajkummar Rao to take the franchise forward.

In the new film, Rajkummar plays the only male officer in a Mahila thana in Delhi. Bhumi will reportedly play a police officer and a PT teacher.

The film is directed by Harshvardhan Kulkarni, who helmed the Gulshan Devaiah-starrer comedy “Hunterr” (2015), and is written by Suman Adhikary and Akshat Ghildial, who earlier wrote Badhaai Ho.

Must Read: From Tuffy In Hum Aapke Hai Koun To Bhidu In Chillar Party – Top 5 Doggos Of Bollywood Who Were No Less Than Heroes