Bhushan Kumar ushers a music revolution in India with one of its kind Virtual Single ‘Nachunga Aise’! Created by Om Raut, featuring the youth icon, Kartik Aaryan, in his very first digital avatar! 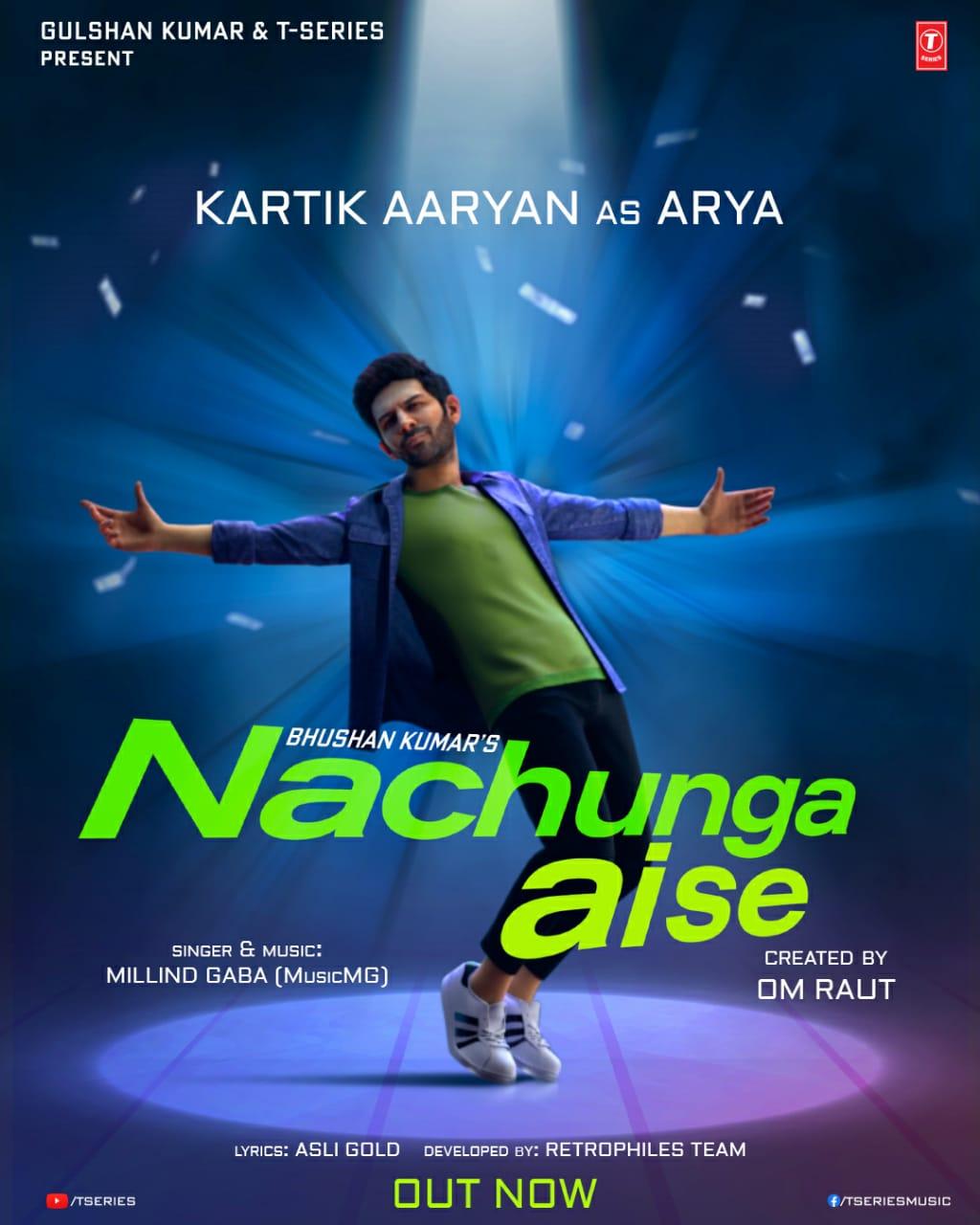 As the year comes to an end, Bhushan Kumar’s T-Series has consistently been delivering one hit song after another, is saving the best for last! The music heavyweight is all set to present audiences, a never-seen-before experience, with ‘Nachunga Aise’, that has been created using Virtual Production Technology by Retrophiles.

Created by Om Raut, composed and sung by Millind Gaba penned by Asli Gold, and choreographed Bosco-Caesar, the upbeat dance song has a catchy tune and fun millennial lyrics that will resonate with the youth. This is the very first time that the audience will experience a video that is made in a completely digitized manner. The song is all set to own up space and pave the way for future music production. The year 2020 has taught us all that one can co-exist and even flourish in a virtual world, and Nachunga Aise goes to prove that one can even create world-class music content in a totally simulated manner.

This engaging video is conceptualized and produced by Retrophiles team. It is integral to note that the team behind this video have made optimal use of the cutting edge technology that is at par with international standards but is created by an all-Indian team of technicians at Retrophiles, highlighting the fact that India is on the global map for everything, including entertainment and production. Shot during one of the worst pandemics in history, the video was crafted in a lockdown friendly manner making Kartik Aryan the first Indian actor to have a digital avatar in a video that was created in virtual production.

Talking about introducing a new kind of music video, Bhushan Kumar says, “We have tried to give our audiences some different experience whenever we try to produce a film or song. Nachunga Aise is one such effort put by the team at T-Series and Retrophiles. We have created a cutting-edge, virtual video that’s never been attempted before. After working with Kartik in several films together, we have seen he has a wonderful connection with the youth. So we unanimously agreed that Kartik was the best choice to base our digital avatar on.”

Talking about Millind and his composition, Bhushan Kumar adds, “Millind has made his mark as a composer-singer and his fan base is going to be in awe with this song. He has Asli Gold always come up with something quirky and catchy.”

To his fans who will experience their favourite actor in a completely different way, actor Kartik Aaryan says, “It’s really flattering to have the character in ‘Nachunga Aise’ modelled on me. I’m Glad to Collaborate with Om Raut ‘Nachunga Aise’ is such a fun, dance track. I think the concept is very cool and I’m happy to be a part of something that’s so futuristic and digitally forward. Hats off to T-Series and Bhushanji for pulling this off.”

Om Raut says, “This is the first time that we have used gaming technology in visual production. The amalgamation of entertainment and the digital medium has proved to be the biggest success in the year 2020 and this video pushes the envelope further, paving a whole new way of creating entertainment. The future of production starts with a new virtual way of production. I am excited to not only create such a video but also to see how the audiences react to the same.”

Millind Gaba concludes, “I’m very happy that ‘Nachunga Aise’ is releasing on such a big scale on the occasion of Christmas. Bhushan sir gave me a huge surprise when he told me that a renowned actor like Kartik was on board and that this song was India’s first digital avatar music video. This is a piece of everyone’s hardwork and I hope audiences love it.”