Bhutans hydropower exports flourish during lockdown, but for rural communities its a mixed blessing – Firstpost 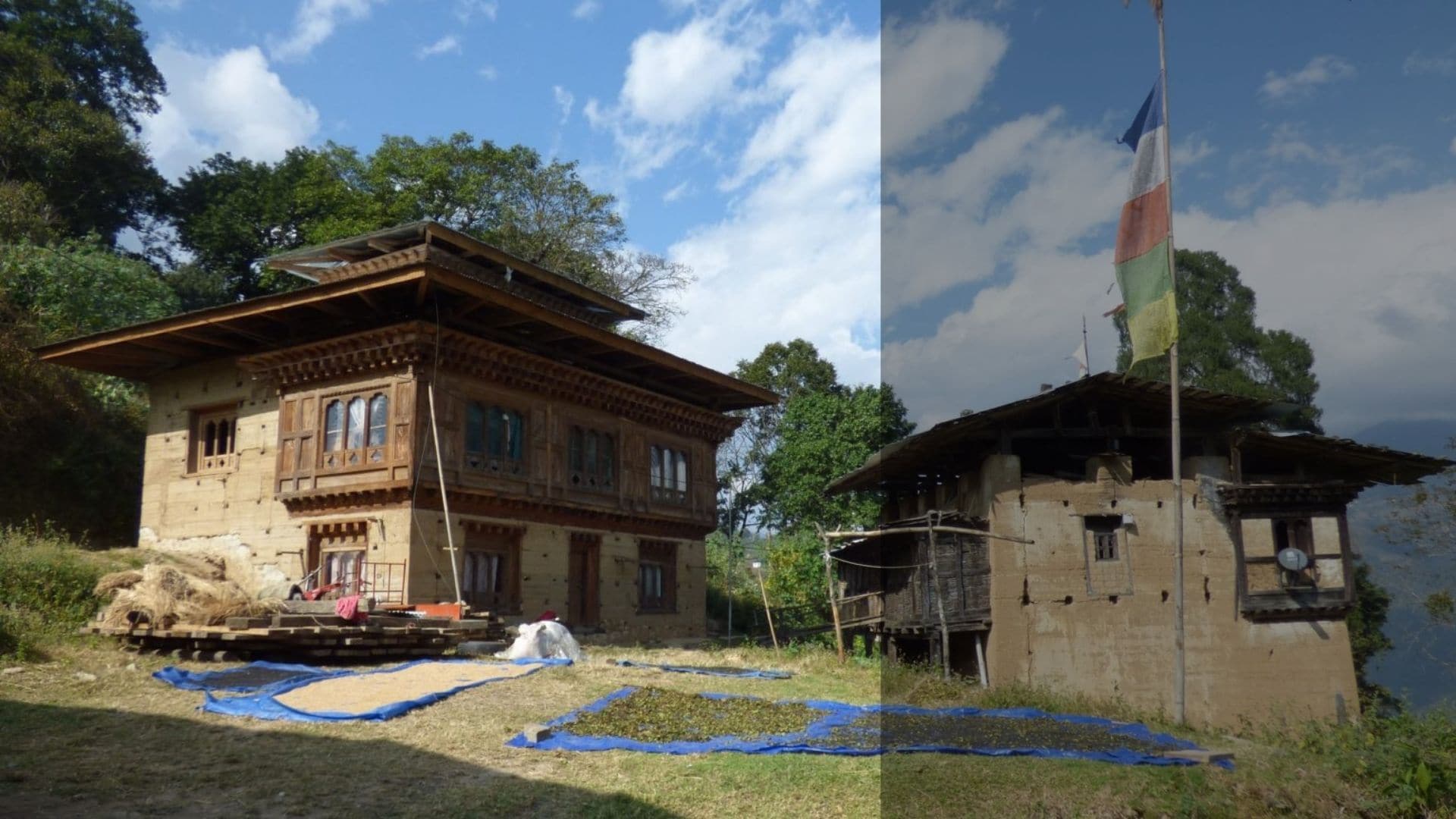 The pandemic may have shut down much of Bhutan’s public life, but its prime export, hydropower, has flourished. With early rainfall, Druk Green Power Corporation has recorded an estimated 14 percent increase in energy generation between January and July end, compared to the same months in 2019. Revenues increased 13 percent.

The rise in revenues will offset the losses incurred because tourism has come to a halt. In pre-COVID days, it was Bhutan’s second highest revenue earner.

But for many rural communities having hydropower stations nearby is a mixed blessing. Houses in these areas have developed cracks that often reappear even if they are fixed. Much of the damage remains unrepaired.

Cracks developed on the wall of a traditional house in Uma village, Wangduephodrang district, Bhutan; villagers say it is the effect of blasting at Punatsangchhu hydropower site nearby.

Kuengarabten Nunnery in the central Trongsa district houses 170 nuns. It is currently looking for a safer place to move into, said its principal Yeshey Choden.

“I am afraid the structures might collapse any time soon if a slight earthquake hits us,” she said. The nunnery structures have become vulnerable with the cracks developed on walls, ground and steps. The cracks on the walls and stairs started to reappear recently after extensive repairs completed last year, she said.

Traditional house in Kuengacholing, Trongsa; claimed to have been affected by blasting at Mangdechhu hydropower project.

The nunnery received BTN 1.5 million (USD 20,330) from the Mangdechhu hydropower project as compensation. “We are not certain if the cracks were caused by blasting at the project site, but it started to develop after the Mangdechhu project works started,” Choden said. Construction on the hydropower project began in 2012, and was completed in 2019.

“Last week, we again received officials from Magdechhu hydropower to re-inspect the nunnery, as the cracks have reappeared after repairing work last year,” said Choden.

Several homes in the nearby Kuengarabten area were also affected by the blasting, said local leaders.

Cracks and claims in Trashi Yangtse

Similar claims were also filed by more than 30 households in the northeastern region of Trashi Yangtse in 2017-2018. Residents claimed the damages were caused by heavy blasting at the ongoing 600 MW Khorlongchhu hydropower project.

Cracks developed on the stairs of the Kuengacholing nunnery, Trongsa; they were repaired but the cracks appeared again.

This is apart from the dust pollution and environmental impact the construction has been causing.

While officially settled now, the impacts of hydropower blasting were initially raised by villagers in Wangduephodrang district, western Bhutan, where two of Bhutan’s biggest hydropower projects, the 1,100 MW Puna-I and 1,300 MW Puna-II are being built.

Cracks run along the walls of the monastery.

After raising the issue for years and inviting official inspection of the situation, 68-year-old Tshering Penjor of Uma village in Wangduephodrang received monetary compensation like many of his neighbours.

“While the money wasn’t enough to repair even half the damages, we respected and agreed to the government’s decision as well as the limitations on compensation they have set,” Penjor added.

“Initially the blasting didn’t have much impact on the houses and community, as it happened only once or twice in a day, but as the frequency increased to five and seven times a day, we could feel the shake like an earthquake that lasted forever,” said Lhamo, another resident.

The walls of the monastery are a silent testimony to the power of blasting for the hydro project.

Pem Zam, another villager, said initially the officials were reluctant to listen to the claims forget about compensation. “We had to involve the political representatives and local government to make the concerned officials come and inspect.”

She added that with continuous and heavy blasting inside the tunnel, which passes below the hill on which her house is situated, she could feel her house shake almost every day.

There were two water sources before the hydropower construction in their community but both have dried up now, said Zam.

A traditional house repaired and painted after being affected by the blasting at Punatsangchhu hydropower construction site in Wangduephodrang district.

“The cracks and damages on houses could be because of hydropower construction as there are lots of heavy blasting happening at the dam site and inside tunnels,” admitted Lok Nath Sharma, Bhutan’s Minister for Economic Affairs.

“We cannot rule out that the impacts on the community and households near hydropower construction sites are not caused by the blasting unless proven otherwise,” said Sharma.

Impacts on the nearby villages and households could have been lessened if the Detailed Project Report (DPR) and study conducted for the DPR had captured these aspects properly including the ways to reduce blasting impacts, said the minister.

To minimise such impacts, DPRs for future hydropower projects should ensure that all such issues and aspects are captured and studied extensively, he added.

Traditional designs don’t hide the cracks in the houses.

As of now, damages caused by the blasting and hydropower projects have been taken care of, and the government has provided whatever support it could, Sharma said. Some people were paid monetary compensation and others were offered assistance to repair their homes.

“We have also placed seismometers near hydropower project construction sites to find out what is happening and also to find out whether there is a risk of landslides in future as well as to read blasting intensity and crack development risk on the houses,” said the minister.

Hydropower has enabled Bhutan to electrify its houses, but at a cost.

In May 2020, Bhutan government launched its first Dam Safety Guidelines, decades after construction for hydropower projects started. Hydropower developers have now involved international partners and designers, and are reportedly using international guidelines for design and construction.

However, the international guidelines do not fully account for Bhutan’s complex geology and natural hazards, the Dam Safety Guidelines pointed out. The guidelines are intended to serve as an all-encompassing document for dam safety management of hydropower in Bhutan during development and operation.

The Third Pole is a multilingual platform dedicated to promoting information and discussion about the Himalayan watershed and the rivers that originate there. This report was originally published on thethirdpole.net and has been reproduced here with permission.