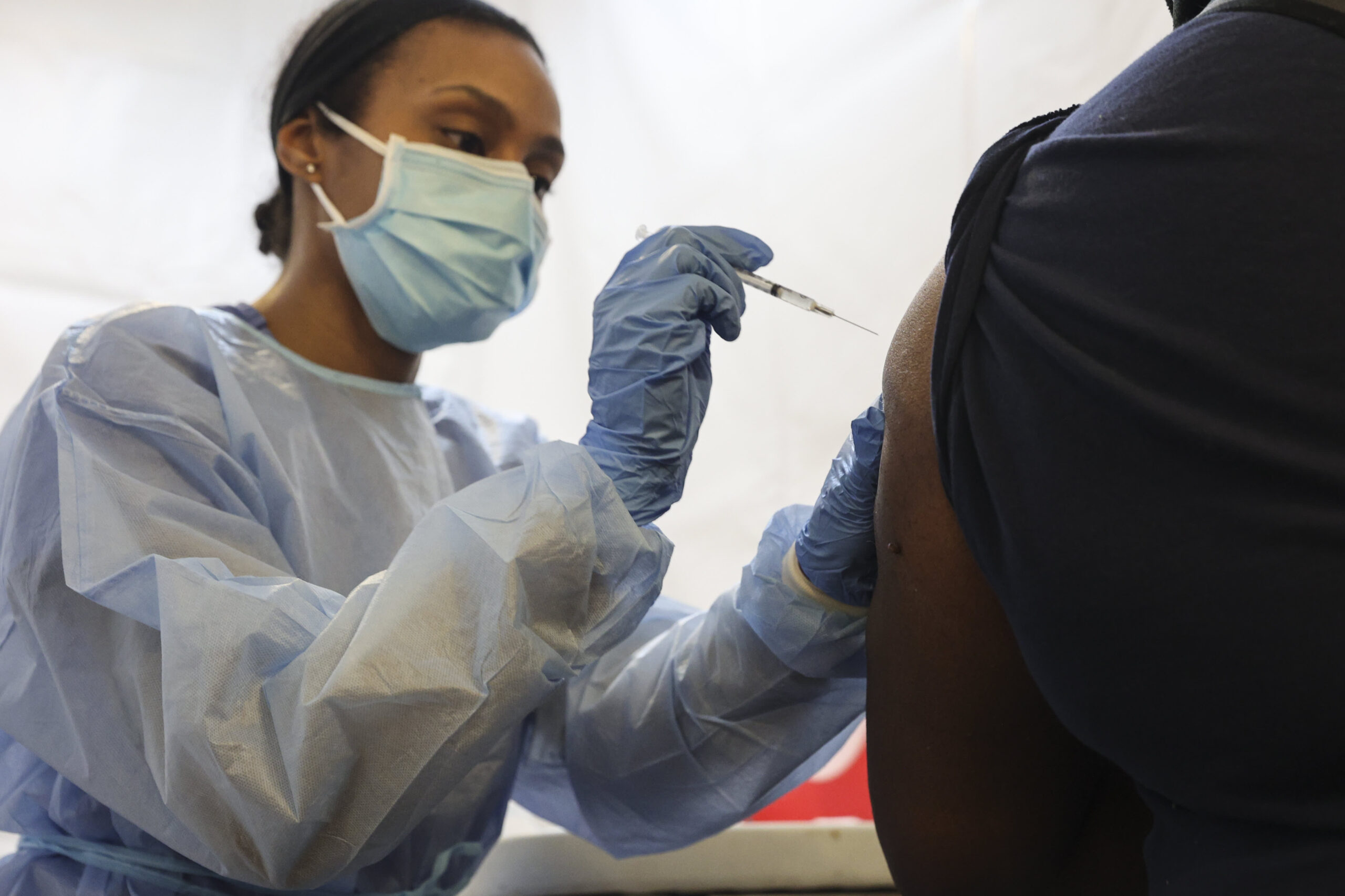 A healthcare worker administers the Pfizer BioNTech Covid-19 vaccine at a vaccination site inside a church in the Bronx borough of New York, on Friday, Feb. 5, 2021.

The Biden administration will partner with New York to build and staff two mass Covid-19 vaccination sites in the New York City area aimed at getting shots to minority communities hit hardest by the pandemic.

The sites, which will open the week of Feb. 24, will be located at York College in the New York City borough of Queens and at Medgar Evers College in Brooklyn, Gov. Andrew Cuomo said at a press briefing on Wednesday. Both sites will be able to administer 3,000 shots a day, making them the state’s largest vaccination sites to date.

The federal government will be charged with directly supplying the centers with doses, and the sites will be staffed with both New York state National Guard members and federal army personnel, Cuomo said. More sites will be added in the Upstate part of New York to target what the governor calls “socially vulnerable” communities.

“These are going to be very large sites. They’re complicated operations, but they’re going to address a dramatic need in bringing the vaccine to the people who need the vaccine most,” Cuomo said.

Earlier on Wednesday, a mass vaccination site opened at Citi Field for residents of Queens and other essential workers. The site’s debut, which had been delayed because of a lack of doses, comes just days after another mass site at the Yankee’s Stadium in the Bronx opened for residents there.

New York Mayor Bill De Blassio speaks with members of the media as people try to receive a Covid-19 vaccine at the Citi Field Vaccination site in Queens, New York on February 10, 2021.

New York isn’t the only state where the federal government will open mass vaccination centers.

This is a developing story. Please check back later for updates.