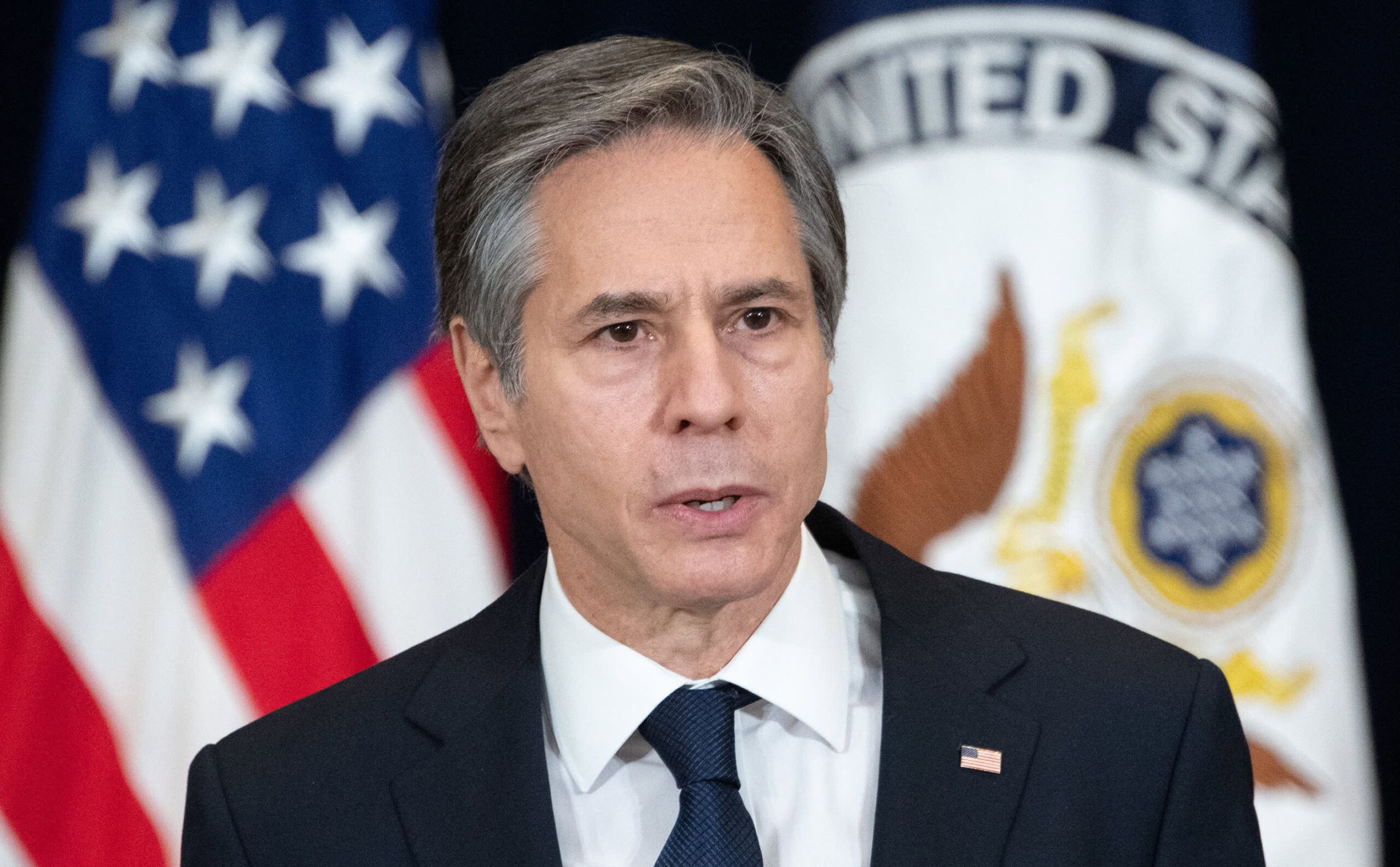 Secretary of State Antony Blinken speaks to staff at the US State Department during the first visit of US President Joe Biden in Washington, DC, February 4, 2021.

Blinken will discuss Iran with the foreign ministers of Germany, France and the U.K. The diplomats will also consult about the Covid-19 pandemic, climate change and the situation in Myanmar. The last time the secretary of State held a call in this format was in 2018 as the U.S. was pulling out of the Iran nuclear agreement, according to NBC.

The meeting will come after President Joe Biden’s National Security Council meets Friday afternoon to discuss the administration’s approach to Iran. White House press secretary Jen Psaki said the NSC meeting is part of an ongoing policy review and no announcements will be made.

The developments are the strongest indication yet of Biden’s intention to turn the page on former President Donald Trump’s go-it-alone approach to Iran and diplomacy in general and to return the U.S. to a multilateral foreign policy.

An Iranian flag is pictured near in a missile during a military drill, with the participation of Iran’s Air Defense units, Iran October 19, 2020.

The White House wants to rejoin the Iran nuclear agreement but is insisting that Iran return to full compliance first. The Biden administration has promised to consult closely with U.S. allies in its approach to Iran.

Trump withdrew the U.S. from the agreement because it did not restrict Iran’s ballistic missile program or address Tehran’s support for militant groups.

Iran rolled back its commitments under the deal as the Trump administration pursued a policy of “maximum pressure” by imposing crippling economic sanctions against the Islamic Republic.

Iranian Foreign Minister Javad Zarif on Monday proposed that Washington and Tehran return to the deal at the same time with diplomatic support from the European Union.

However, the Biden administration has rejected that proposal.

“The proposition on the table as President Biden has said is that if Iran resumes full compliance with the JCPOA, we will be prepared to do so,” State Department spokesman Ned Price said on Tuesday.

The U.S. has not yet had any discussions with Iran about the nuclear agreement, Price said.

The Joint Comprehensive Plan of Action is the official name of the agreement negotiated under former President Barack Obama that sought to prevent Iran from developing a nuclear weapon. China, France, Germany, Russia and the U.K. were also parties to the deal.

In his first foreign policy address, Biden vowed on Thursday to repair alliances through diplomacy and restore Washington’s leadership position on the global stage.

Though he didn’t address the Iran nuclear deal, he announced the U.S. would no longer support Saudi Arabia’s offensive operations in Yemen. The Saudis are battling an armed movement there known as the Houthis. Washington and Riyadh accuse Iran of providing support to the Houthis.

Biden said the U.S. would continue to help Saudi Arabia defend its sovereignty and territorial integrity, a statement aimed at reassuring Riyadh and warning Iran. The Saudis accused Iran of orchestrating an attack on its oil facilities in 2019, which forced Riyadh to briefly cut its oil production in half.