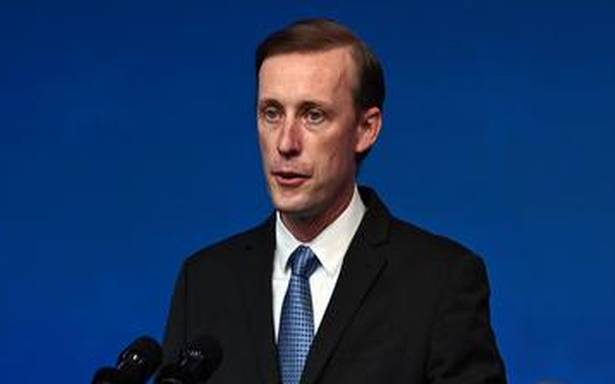 The new U.S. National Security Advisor (NSA) Jake Sullivan has said the Biden administration would like to carry forward the work of the Trump administration in strengthening the Quad grouping of countries – India, the U.S., Japan and Australia.

His comments will bring some measure of clarity to discussions on the level of priority the new administration will assign the Indo-Pacific, which had been elevated by the Trump administration as a foreign policy priority, mostly as a reaction to China’s growing assertiveness.

“I think we really want to carry forward and build on that format, that mechanism which we see as fundamental a foundation upon which to build substantial American policy in the Indo Pacific region,” Mr Sullivan said at a webcast discussion, ‘Passing the Baton’, organized by the U.S. Institute for Peace.

The discussion between Mr Sullivan and his predecessor Robert O’Brien was moderated by Condoleezza Rice, Secretary of State from the George W. Bush administration.

Mr Sullivan described the Quad and the Abraham Accords – deals signed in 2020 to normalize relations between Israel and certain West Asian and North African countries – as examples of Trump administration actions that were positive and ones the Biden administration would build on.

Earlier in the discussion, Mr O’Brien had said the Quad “may be the most important relationship” the U.S. has established since NATO and an example of working with allies to confront China.

Mr Sullivan, however, said the Mr Trump and Mr Biden had some “real differences” in their approach to the relationship with Iran.

“It starts from a sober analysis of the state of affairs, which is that Iran’s nuclear program has advanced dramatically over the course of the past couple of years, they are significantly closer to a nuclear weapon than they were when the previous administration withdrew from the JCPOA [Joint Comprehensive Plan of Action or the ‘Iran deal’],” Mr Sullivan said.

On Afghanistan, Mr Sullivan said that the Biden administration would take decisions on the withdrawal of the remaining 2,500 American troops by May 1 from the country, based on whether the Taliban were fulfilling their end of a U.S.-Taliban agreement from February last year.

“So, what we’re doing right now is taking a hard look at the extent to which the Taliban are, in fact, complying with those three conditions and in that context, we will make decisions about our force posture and our diplomatic strategy going forward,” he said.

Mr Sullivan said three conditions in the agreement were of particular importance: the Taliban cutting ties with terror groups including Al Qaeda, reduction in violence, and third, the Taliban participating “in a real way, not a fake way, in negotiations with the Afghan government.”

The former and current NSAs also differed in their characterization of the top challenges facing the U.S. “A very assertive, rising China” was the biggest challenge to the U.S., according to Mr O’Brien.

Iran, Russia and less high-profile challenges like cartels and transnational crime were some of the others.

For Mr Sullivan, the most pressing challenge was the turmoil within the U.S. itself.

He described COVID-19, the economic crisis and “acute threats to our basic constitutional republic and “deep divisions” as domestic challenges facing the country.

Investing in allies and re-establishing America’s place in multilateral forums like the World Health Organization and Paris Climate Accord were the next priority. Then the U.S. would be in a position to effectively deal with “the China challenge” , the climate crisis , the current and future pandemics and so forth, Mr Sullivan said.

Biden administration will build on the Quad: NSA Jake Sullivan