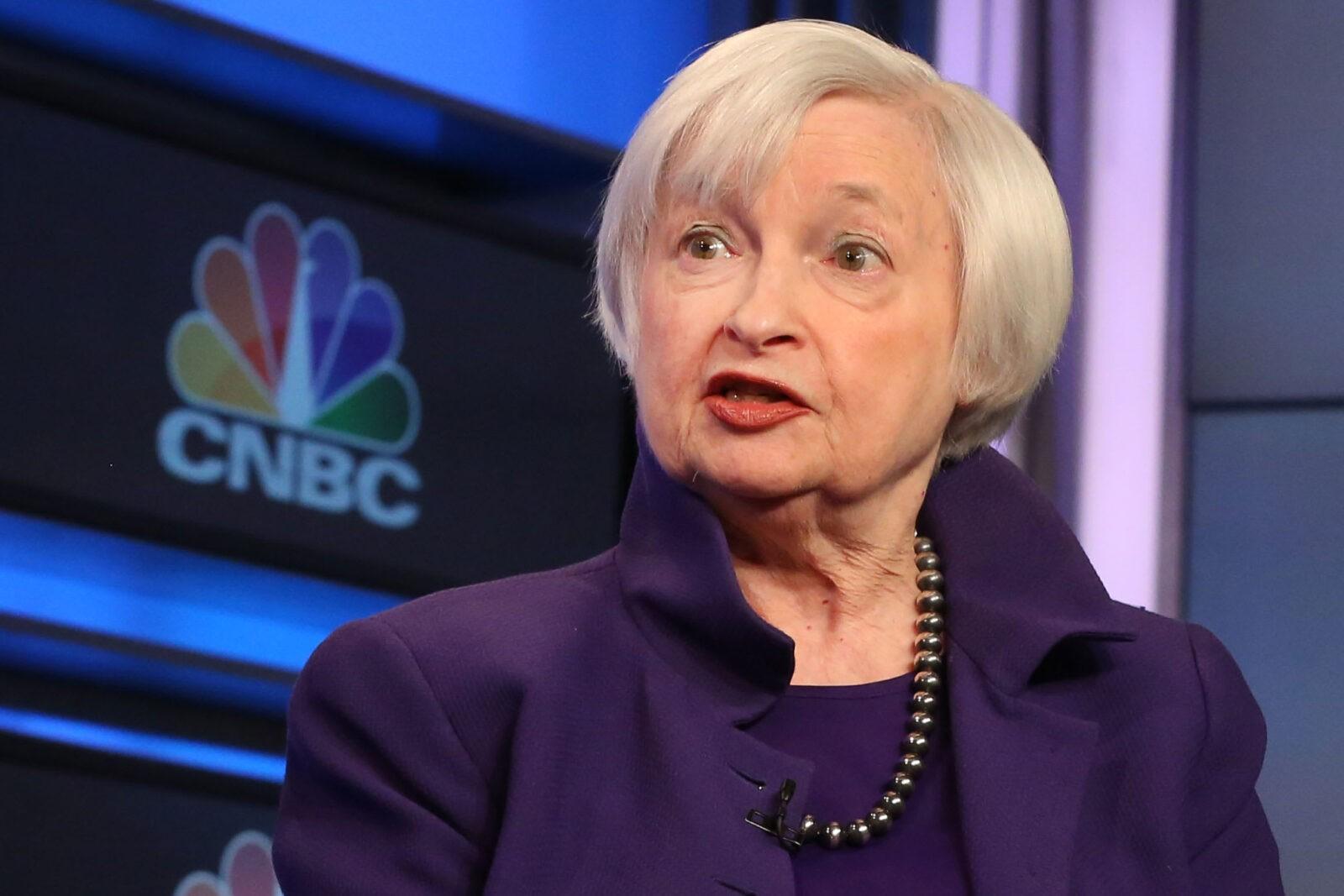 President-elect Joe Biden has chosen former Federal Reserve Chair Janet Yellen as Treasury secretary, a historic decision that could make her the first woman to lead the department, according to people familiar with the matter.

Yellen, 74, is widely seen as a politically “safe” pick for the role, likely to garner support from Senate Republicans as someone capable of pursing bipartisan compromise during an otherwise fragile time for the economy.

A graduate of Brown and Yale universities, Yellen was also the first woman to serve as Fed chair after her Senate confirmation in 2014.

Her four-year tenure at the helm of the Fed, marked by an improving jobs market and historically low interest rates, may also boost her odds for confirmation.

Political strategists say hopes for a more progressive choice, such as noted Wall Street critic Sen. Elizabeth Warren, had been abandoned after it became clear Democrats would not win a sizable majority in the Senate.

“I think Janet Yellen is a solid person who I think doesn’t have a harsh partisan tone to her, which is what I think Biden is looking for,” said Fundstrat Global Advisors strategist Tom Block.

“I think Mnuchin did a pretty good job in a very difficult situation, keeping relationships open with Pelosi,” he added. “I think Janet Yellen can do the same thing with the Republicans in the Senate.”

President Donald Trump chose to replace Yellen with current Fed Chairman Jerome Powell at the expiration of her first term at the central bank.

Biden’s team had also been eyeing Fed Governor Lael Brainard and former Fed Vice Chair Roger Ferguson for the job, according to people familiar with the transition team’s thinking.

Still, progressive Democrats may also welcome Yellen as Biden’s Treasury pick thanks in part to her commitment on how economic policymakers could address climate change. She has in recent years voiced support for a carbon dioxide emissions tax.

Yellen is currently an economist at the Brookings Institute. Before becoming Fed chair, Yellen was at the helm of the San Francisco Federal Reserve Bank and was the 18th chair of the Council of Economic Advisers under the Clinton administration.

Neither a Brookings spokesperson nor a Biden transition spokesperson immediately responded to CNBC’s request for comment.

“Janet is a big name, with significant experience highlighted by her time at The Fed,” wrote Alli McCartney, managing director at UBS. “I am not surprised markets are reacting favorably as this choice is reassuring, especially with the challenges that lie ahead including avoiding a double dip recession and getting people back to work amidst rising virus cases.”

If confirmed, Yellen will without a doubt inherit one of the most demanding positions in the incoming administration, facing numerous unique economic hurdles.

The Treasury secretary is the foremost navigator of the U.S. economy, managing the public debt and the execution of foreign penalties, monitoring the collection of taxes, and serving as the chief liaison between the administration and the financial markets and businesses large and small.

But the current precarious state of the U.S. economy, coupled with the president-elect’s lofty taxation and equitability goals, will place an even greater spotlight on the Treasury Department and its leader.

The Trump administration appears set to leave behind a fragile U.S. economy after the coronavirus and efforts to slow its spread caused a sharp, but brief but historic recession in business activity earlier in 2020.

Most economists, including current Fed chief Powell, say Congress’ early support and the $2 trillion CARES Act helped soften the springtime recession and reignite the economy throughout the summer.

U.S. gross domestic product fell 31.4% on an annualized basis in the second quarter of 2020. The government reported that output grew 33.1% in the third quarter.

But with daily Covid infections returning to records in the U.S., more and more forecasters are warning that GDP growth could decelerate in the fourth quarter and even turn negative in the first three months of 2021.

Biden has backed Democrats’ push for a bill that costs at least $2.2 trillion. The president-elect on Monday named Antony Blinken to be his secretary of State and Jake Sullivan to be national security advisor.

Though Yellen would no longer play a part in the direction of the nation’s monetary policy, a glance at her time at the Fed may suggest a cautious Treasury under her direction.

While leading the Fed, Yellen and other central bank officials raised the benchmark federal funds rate just five times over four years. By the time of her exit, the Fed had only just begun to shrink its massive, $4 trillion portfolio of bonds purchased during the Great Recession to stimulate the economy.

Policymakers including Yellen had been eager to avoid a repeat of the so-called taper tantrum, the market volatility sparked by then-Fed Chairman Ben Bernanke’s remarks in May 2013 suggesting that the Fed could halt its asset purchases.

That turbulence appeared to color Yellen’s time at the Fed and is likely responsible for the gradual increase in the federal funds rate under her watch, which critics incorrectly argued would hamstring the recovery.

Biden Wants to Spend $2 Trillion on Infrastructure. These Stocks Stand to Gain the...