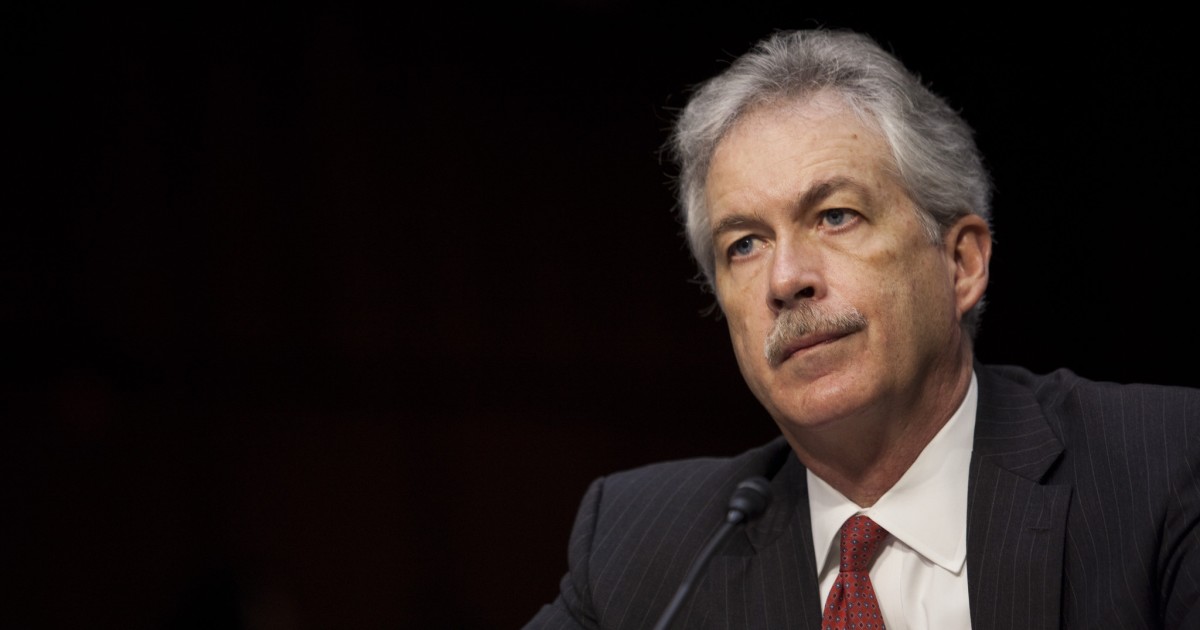 William J. Burns, a highly regarded diplomat with vast foreign policy experience and service in both Democratic and Republican administrations, was chosen Monday as President-elect Joe Biden’s director of the CIA.

It was a surprise pick but one likely to win broad approval within and outside the embattled spy agency.

“Bill Burns is an exemplary diplomat with decades of experience on the world stage keeping our people and our country safe and secure,” Biden said in announcing the nomination. “He shares my profound belief that intelligence must be apolitical and that the dedicated intelligence professionals serving our nation deserve our gratitude and respect.”

Burns was widely mentioned as a candidate for secretary of State. Biden chose his longtime advisor Antony Blinken for that role. If he’s confirmed by the Senate, which is considered likely, Burns would succeed Gina Haspel, the first female CIA director.

The agency has been a frequent target of President Trump’s wrath and ridicule. He routinely disparaged the assessments of the U.S. intelligence community, especially over Russia’s interference in the 2016 election to help his campaign, preferring to accept Russian President Vladimir Putin’s denial.

Burns, 64, worked in the State Department for 33 years, becoming deputy secretary of State before retiring in 2014 to take over the Carnegie Endowment for International Peace. Among his posts were ambassador to Russia and Jordan, and he was involved in early back-channel talks with Iran that led to the landmark nuclear accord in 2015.

In a video released by the Biden campaign, Burns praised the “professionalism and sacrifice” of the countless CIA officers alongside whom he worked through the decades and pledged to provide intelligence “with honesty, with integrity and without a hint of partisanship.”

“Good intelligence is the first line of defense for America, the indispensable basis for sound policy choices,” Burns said. “I’ll always do my best to strengthen trust and intelligence cooperation with our allies around the world.”

He described a world very different from the one he encountered as a young diplomat some 40 years ago, with new menaces such as cyberattacks, climate change and health threats added to familiar ones like terrorism.

Erudite and soft-spoken, Burns had refrained from publicly criticizing the Trump administration until the last couple of years.

He was sharply critical of Trump’s affinity for Putin and other autocrats and his scorn for traditional allies. In 2018, he told the Los Angeles Times that Trump’s dismissive attitude toward the North Atlantic Treaty Organization was a “gift” to Putin and Chinese President Xi Jinping.

“It’s reflective of his worldview, that the world should be run by big guys, big powers, that might makes right,” Burns said. “There’s also a bit of Putin envy.”

Last year, Burns wrote several scathing judgments of the Trump administration, especially the handling of important foreign policy issues by the State Department under Secretary of State Michael R. Pompeo. Trump and Pompeo spawned tumult in the State Department, where career officers felt ignored, morale plummeted and long-cherished diplomatic norms were jettisoned in pursuit of what was called an “America First” doctrine.

In one essay in the fall for Foreign Affairs magazine, Burns said the department had not been so maligned and mistreated since the McCarthy era. He was particularly incensed by the way Trump attacked U.S. diplomats serving in Ukraine and Pompeo’s refusal to defend them.

Trump also eroded morale at the CIA. He fired several career intelligence experts in favor of loyalists, many of whom had no experience in the field.

Biden said the choice of Burns was key to restoring independence to the intelligence service, citing Burns’ deft handling over the years of the world’s “thorniest” problems, from “great power competition to nuclear proliferation.”

“He’s a great choice,” John Sipher, a 28-year veteran of the CIA clandestine service, said on Twitter. “He has instant credibility in the National Security team and around the world. He has long experience as a practitioner, consumer, thinker.”

Michael Morell, a former acting CIA director who had been mentioned as a possible candidate for the top job, predicted that Burns would be accepted by the spy agency’s rank and file. “His command of the issues, his deep respect for intelligence, and his care for people will ensure it,” Morell said on Twitter.

Although the CIA director became a Cabinet-level post under Trump, Biden is expected to restore it to its position independent of the Oval Office.

Burns graduated from La Salle University in Philadelphia and earned a doctorate at Oxford University in international relations. During his time at the State Department, he served as an aide to former secretaries of State Warren Christopher and Madeleine K. Albright. He was also director of the department’s policy planning office.