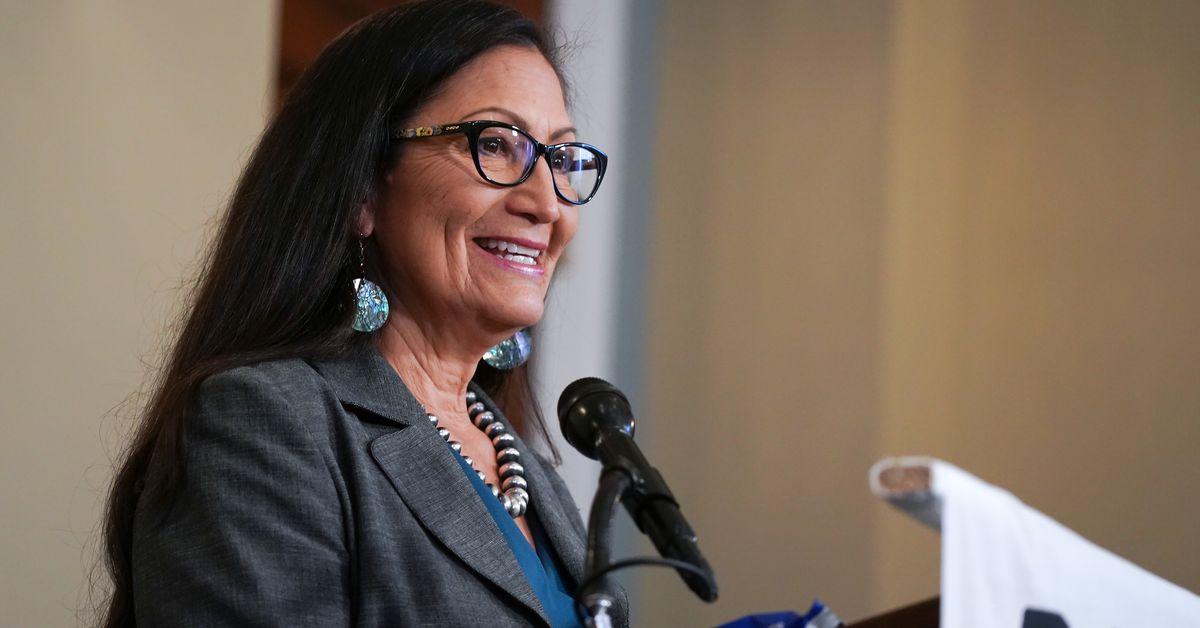 In 2018, Rep. Deb Haaland, a Laguna Pueblo member in New Mexico, made history as one of the first two Native American women elected to Congress. This year, after Joe Biden won the presidential election, tribal leaders and environmental activists called on the president-elect to stay true to his word that Native Americans would have a place in his administration, starting with nominating Haaland to be the first Indigenous person to serve as a Cabinet secretary.

Now Haaland is set to make history again. The Washington Post has reported that Biden has chosen her to head the Interior Department.

Nominating Haaland as secretary of the interior is a significant move for the department that manages the country’s natural resources and public and tribal lands. Haaland already had the support of numerous House Democrats and had been vetted by Biden’s team weeks ago. But the road to the decision was difficult, sources told Reuters, considering it would narrow the Democratic Party’s already slimmed-down majority in the House of Representatives in 2021. Then, on Wednesday, House Speaker Nancy Pelosi released a statement saying that she too backed Haaland for the position.

“It’s nice that a Native American in a Cabinet-level position is a consideration to lead our country for the president-elect,” Haaland told Vox last month. “It would be symbolic, it would be profound, when we think about how the federal government essentially threw out their federal Indian policies throughout the centuries.”

Haaland is familiar with the Indigenous struggle of lacking resources. She is a single mother who relied on food stamps and put herself through college before starting her own business and becoming a tribal administrator. As the former state Democratic Party chair in New Mexico, she witnessed firsthand how government leaders take over tribal lands for oil and gas operations and corporate profit. She also fought alongside Indigenous activists during the Standing Rock protests to protect tribal sovereignty against the Dakota Access Pipeline. This narrative, activists say, reflects what most tribal communities continue to face in their daily lives and is further proof as to why the position would be best filled by an Indigenous member.

“With the growing land back movement that exists in Indigenous communities, where we’re calling for many public lands to be returned back into Indian hands, it’d be great to have Deb there, recognizing that it is movements like ours that also have to keep people like her in those positions accountable,” Nick Tilsen, a citizen of the Oglala Lakota Nation in South Dakota and CEO of NDN Collective, an organization dedicated to building Indigenous power, told Vox. “That purely representation isn’t always power, but representation that is accountable to its people — that’s power.”

As a member of Congress, Haaland has been the vice chair of the House Committee on Natural Resources and the chair of the subcommittee on national parks, forests, and public lands. She also sits on the subcommittee for Indigenous Peoples of the United States. Haaland told Vox that a bulk of her job involves listening to testimonies from community members, many of whom she said have expressed concerns regarding the Trump administration’s move to eradicate and redevelop cultural sites and overhaul crucial environmental policies.

“Part of what needs to happen is just to make sure that we are putting back all of those scientists, all of those folks who are on the front lines, working to protect our environment immediately,” Haaland said. “Trump has gutted this department and so much of those positions, and so I look to the Biden administration to do, as he says, build back better.”

What Haaland can do as interior secretary

As interior secretary, Haaland will be in charge of overseeing roughly 500 million acres of surface land — one-fifth of the land in the US — as well as 1.7 billion acres of land off the nation’s shores. The department also manages the country’s national parks, endangered species habitats, and several oil and gas drilling sites, including the patch of land Trump is currently auctioning off in the Arctic National Wildlife Refuge.

Haaland will also manage the Bureau of Indian Education, which has been left underfunded by previous department heads in the last few years, as well as the Bureau of Indian Affairs, which oversees roughly 55 million acres of tribal land held in trust by the federal government for Native Americans. Since the department has a long history of abandoning its core responsibility to tribal nations, such as removing them from their ancestral lands and breaking treaties, native leaders and organizers believe it’s all the more reason to appoint an Indigenous person to fix the cracks in the system.

“We have a whole entire department in the federal government that needs to be dismantled in many ways, because the history is that [the Interior] was created as a place to extract resources from public lands and Indigenous people,” Tilsen said. “Is [Haaland] somebody that would be able to change the system? Absolutely.”

Biden’s appointment of Haaland aligns with the Biden-Harris plan for tribal nations, an outline his team released in October of their priorities to strengthen tribal nations and address key issues from health disparities and environmental injustice that Indigenous communities continue to face.

Haaland’s appointment is “incredibly important, not just from a symbolic perspective, but also from a perspective of environmental stewardship, conservation, restoring a sense of public good and public trust,” Julian Brave NoiseCat, vice president of policy and strategy for Data for Progress, and a member of the Canim Lake Band Tsq’escen in Canada’s British Columbia, told Vox. He also said it’s good for “making headway in the long fight against climate change, wherein things like drilling and leasing and what we do with public lands and natural resources are central policy questions.”

If confirmed, Haaland will have to face a slew of challenges when it comes to reversing policies and measures that the previous administration has left behind. The Trump administration has used the Interior department as a key tool in fast-tracking permits and selling leases of public land for fossil fuel operations. This includes the Bureau of Land Management’s sale of oil drilling rights in the Arctic National Wildlife Refuge’s coastal plain, which Trump has been expediting, despite major pushback from native communities.

“We have to get back to a place where [Indigenous people] have a seat at the table,” Haaland said. “I trust that will absolutely happen under a Biden administration.”