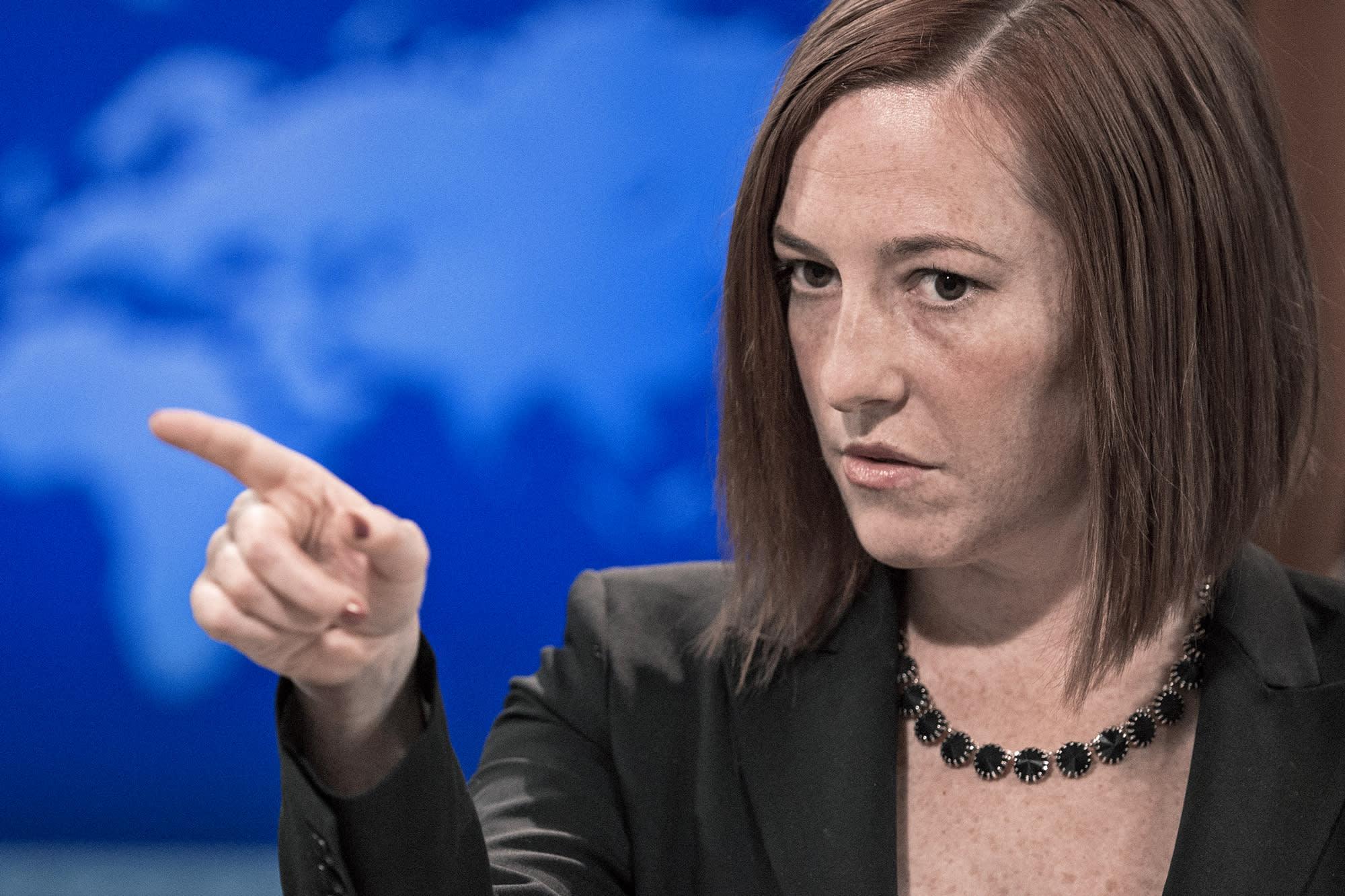 Kate Bedingfield served as Biden’s campaign communications director and will take on the same role in the White House. And Symone Sanders, a senior advisor on Biden’s presidential campaign, will be senior advisor and chief spokesperson for Vice President-elect Kamala Harris.

“Our country is facing unprecedented challenges — from the coronavirus pandemic to the economic crisis, to the climate crisis, and a long-overdue reckoning over racial injustice,” Harris said in a statement. “To overcome these challenges, we need to communicate clearly, honestly, and transparently with the American people, and this experienced, talented, and barrier-shattering team will help us do that.”

Here are the biographies of the seven appointees as announced by Biden and Harris.

Elizabeth E. Alexander served as a Senior Advisor on the Biden-Harris Campaign. Alexander spent the first years of the Obama-Biden administration as the Press Secretary to Vice President Biden, a role which followed her time as then-Senator Biden’s Communications Director on Capitol Hill. She has worked as a federal prosecutor in the U.S. Attorneys’ offices in Washington, DC and Alexandria, Virginia, where she also served as a counselor to the U.S. Attorney for the Eastern District of Virginia.  Previously, Alexander worked as Press Secretary for the United Nations Foundation, Press Secretary to Democratic National Committee Chairman Terry McAuliffe, Communications Director for Congressman Adam Schiff, and Deputy Press Secretary for Senator Chuck Schumer. Before joining the Biden-Harris Campaign, Alexander was a Senior Managing Director at FTI Consulting, where she led the firm’s gender inclusion and workplace equality communications offering. Originally from Texas, Alexander is a graduate of Texas A&M University and Georgetown University Law Center.  She lives in Bethesda, Maryland with her husband and two young sons.

Ashley Etienne served as a Senior Advisor on the Biden-Harris Campaign. Before that, Etienne served as Communications Director and Senior Advisor to Speaker of the House Nancy Pelosi, the first woman and person of color to hold the position. Etienne was Special Assistant to the President and Director of Communications for the Cabinet in the Obama-Biden administration and also led communications on President Obama’s signature My Brother’s Keeper initiative. Prior to the Obama-Biden administration, she served as Deputy Communications Director and Spokesperson for then-House Democratic Leader Pelosi, Communications Director for House Democrats on the Oversight and Government Reform Committee, Spokesperson for the Corporation for National and Community Service, and as a Spokesperson in Virginia for the Obama-Biden Campaign in 2008. Etienne has provided strategic counsel to clients while at Dewey Square Group and as president of her own consulting firm, Etienne & Associates. Originally from Texas, Etienne is a graduate of Sam Houston State University and Johns Hopkins University.

Karine Jean-Pierre was Senior Advisor to President-Elect Joe Biden and Chief of Staff to Vice President-Elect Kamala Harris on the Biden-Harris Campaign. Prior to her role on the campaign, she served as Chief Public Affairs Officer for MoveOn.org and an NBC and MSNBC Political Analyst. Jean-Pierre served as Regional Political Director for the White House Office of Political Affairs during the Obama-Biden administration and as Deputy Battleground States Director for President Obama’s 2012 re-election campaign. She served as Southeast Regional Political Director for President Obama’s 2008 campaign, Deputy Campaign Manager for Martin O’Malley for President, Campaign Manager for the ACLU’s Reproductive Freedom Initiative, and Deputy Chief of Staff and Director of Legislative and Budget Affairs for two members in the New York City Council. Previously, she worked at the Center for Community and Corporate Ethics, pushing major companies to change their business practices. Born in Martinique and raised in New York, Jean-Pierre is a graduate of Columbia University.’

Jen Psaki currently oversees the confirmations team for the Biden-Harris Transition. During the Obama-Biden administration, Psaki held several senior roles, including White House Communications Director, State Department Spokesperson under then-Secretary of State John Kerry, Deputy White House Communications Director and Deputy White House Press Secretary during the financial crisis.  She is a veteran of three presidential campaigns having served as traveling press secretary during the Obama-Biden campaign in 2008,  as traveling press secretary and senior advisor in 2012 and as deputy press secretary for John Kerry’s presidential campaign in 2004. Psaki was a spokesperson at the Democratic Congressional Campaign Committee in 2006 when Democrats won back the House of Representatives and has also served as Communications Director to former Congressman Joe Crowley. Prior to joining the Biden-Harris Transition Team, Psaki was the Vice President for Communications and Strategy at the Carnegie Endowment for International Peace and a CNN contributor. Psaki is a graduate of the College of William and Mary and lives in Virginia with her husband and two children.

Symone Sanders served as a Senior Advisor on the Biden-Harris Campaign. In 2016, Sanders became the youngest presidential press secretary while working on U.S. Senator Bernie Sanders’s then-presidential campaign. Before joining the Biden-Harris Campaign, Sanders was a CNN political commentator and served as principal of the 360 Group LLC, where she provided strategic communications guidance to organizations, businesses, individuals, campaigns and candidates. Sanders is the former chair of the Coalition of Juvenile Justice Emerging Leaders Committee and former member of the Federal Advisory Committee on Juvenile Justice, where she worked to raise the profile of young voices in the fight for juvenile justice reform and bring millennial perspectives to policy conversations. Originally from Nebraska, Sanders is a graduate of Creighton University. She currently lives in Washington D.C. with her partner.