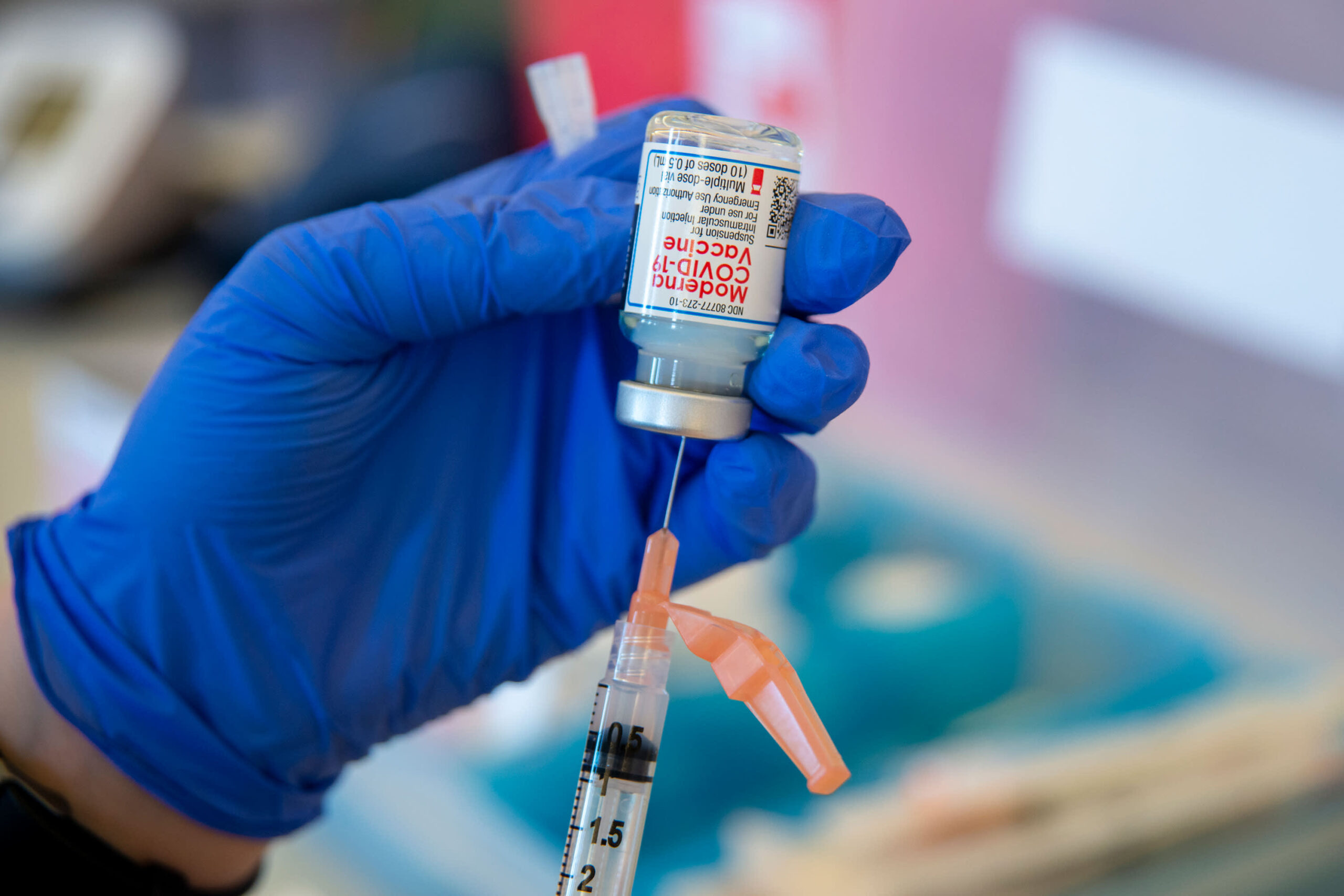 Close-up of Moderna vaccine at the Park County Health Department COVID-19 vaccination clinic for seniors 80 years and older on January 28, 2021 in Livingston, Montana.

Some health-care providers have been regularly holding back Covid-19 vaccine doses to ensure there will be supply when people come back to get their second shots, an official on President Joe Biden’s coronavirus response team said Monday.

Andy Slavitt, a senior advisor to Biden’s Covid response team who previously worked in the Obama administration, said health-care providers should not be holding back vaccine doses. He said the practice is actually causing some providers to cancel appointments and preventing some Americans from getting their first shots.

“We want to be clear that we understand why health-care providers have done that, but that it does not need to happen, and should not happen,” he told reporters during a coronavirus briefing, adding that U.S. officials know Covid vaccine shipments to states were often unpredictable during the early rollout in late December.

“We completely understand that this has been a direct result of the lack of predictability many states and providers have had regarding how many doses that they would receive,” he said. “That’s one reason why last week we announced that the federal government will be providing a continual three-week window in the vaccines that will be shipped. With this action, states and vaccine providers will more rapidly use their allotment of first doses to vaccinate as many people as quickly and as equitably as possible, because they now have the predictability” that second shots will be on time.

Biden is trying to pick up the pace of vaccinations in the U.S. after a slower-than-expected rollout under former President Donald Trump’s administration. The administration has told states and health-care providers that they no longer need to hold back doses reserved for the second round of shots of Pfizer’s and Moderna’s two-dose vaccines.

Still, some states have expressed concerns that the federal government will be able to maintain an adequate supply of doses for the second round of shots. Pfizer’s and Moderna’s vaccines require two shots about three to four weeks apart and states are vaccinating roughly 1 million people a day.

The U.S. has distributed nearly 50 million vaccine doses, but only about 31.1 million have been administered as of Sunday at 6 a.m. ET, according to data compiled by the Centers for Disease Control and Prevention. As of Monday, states have administered 62% of their vaccine inventory, but officials expect that number to improve, Slavitt said.

U.S. officials are also hoping vaccine supply will increase after Johnson & Johnson’s Covid-19 vaccine is authorized for emergency use by the Food and Drug Administration. The FDA could give the OK as early as this month.

The Department of Health and Human Services announced in August that it reached a deal with Janssen, J&J’s pharmaceutical subsidiary, worth approximately $1 billion for 100 million doses of its vaccine. The deal gives the federal government the option to order an additional 200 million doses, according to the announcement.

Unlike Pfizer’s and Moderna’s vaccines, J&J’s vaccine only requires one dose, easing logistics for health-care providers.

Dr. Anthony Fauci, the nation’s leading infectious disease expert, said Monday that it remains a top priority for officials to ensure people who get their first dose will be able to get their second. CDC Director Rochelle Walensky said the agency still recommends people to get their second shots on time.

On Sunday, an epidemiologist who advised Biden’s transition on the Covid-19 crisis warned of a looming wave of infections and said the U.S. should adjust its vaccination strategy in order to save lives.

Dr. Michael Osterholm told NBC’s “Meet the Press that the administration should attempt to administer as many first doses of vaccine as it can, particularly to those over 65-years-old, ahead of a potential surge in cases linked to mutations found overseas.