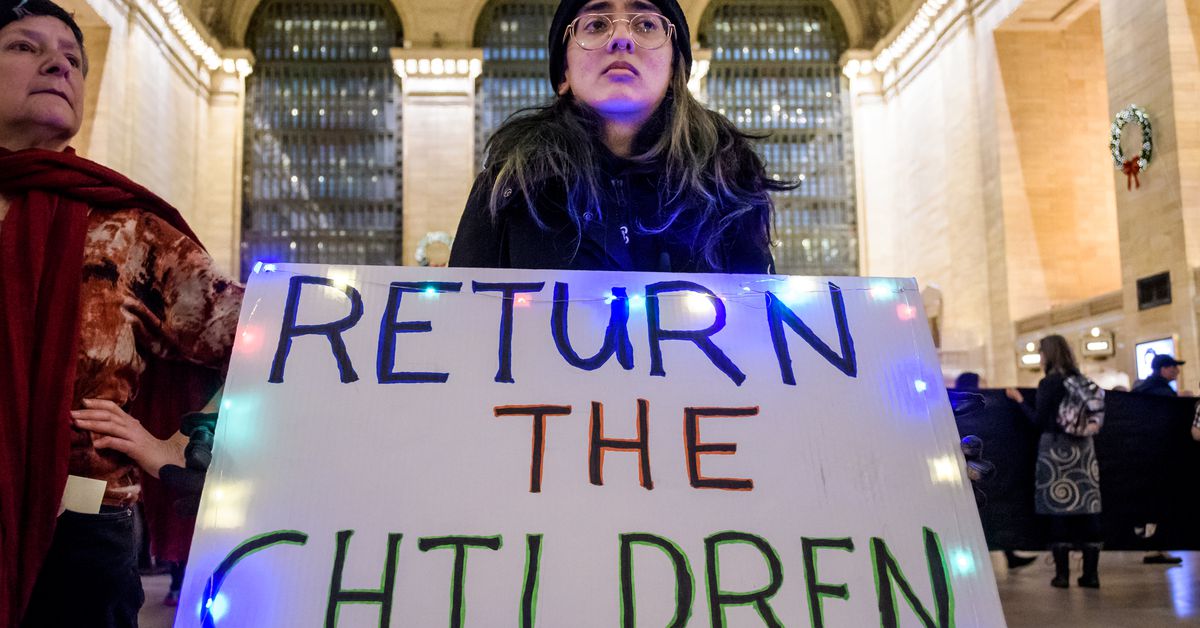 The Biden administration has ended former President Donald Trump’s “zero-tolerance” policy, which provided the underpinnings for family separation by seeking to prosecute every migrant who crossed the border without authorization.

A federal judge ordered the Trump administration to stop the separations in 2018 — after more than 5,000 families were separated. Attorneys still can’t find the parents of more than 600 children; many of the parents were deported back to their home countries, while others are believed to be in the US. Biden has promised to create a task force to work on family reunification, and an announcement is expected later this week.

The Department of Justice issued a memo on Tuesday night rescinding the policy, which was implemented in April 2018 under then-US Attorney General Jeff Sessions. Acting US Attorney General Monty Wilkinson wrote Tuesday that the policy was “inconsistent” with the DOJ’s mandate to consider individual circumstances — including criminal history, the seriousness of the offense and the potential sentence or other consequences of conviction — when making decisions to charge people with the crime of crossing the border without authorization.

Trump officials claimed that they had no choice under the zero-tolerance policy but to prosecute and detain the adults while sending the children to other facilities designed to administer their care. But the officials ignored the possibility of releasing the families from detention together, as prior administrations had done.

Lee Gelernt, an American Civil Liberties Union lawyer representing separated families, said in a statement that the Biden administration’s decision to revoke the policy is a “good start,” but that Congress also needs to remove penalties for crossing the border without authorization, a proposal Biden has not yet embraced.

Gelernt has also called on the administration to go even further in facilitating congressional hearings investigating the policy, offering the families legal status in the US and setting up a victims fund, among other provisions.

“We welcome any help the Biden administration can give us to find the remaining 600 families, but we will be extremely disappointed if the Task Force’s mandate is limited to finding the remaining families and does not provide relief for all the thousands of families that were separated,” he told Vox. “All the families must be immediately reunited in the United States, and then given permanent legal status and restitution for the abuse they suffered under the Trump administration.”

The Trump administration started separating families in immigration detention back in 2017, beginning with a pilot program in El Paso, Texas. The practice was later expanded along the border in the spring of 2018, when Sessions announced the zero-tolerance policy.

Parents were sent to immigration detention to await deportation proceedings. Their children, meanwhile, were sent to separate facilities designed to hold children and, in some cases, released to other family members in the US or to foster homes. Previous administrations, in most cases, would have simply released the families from detention together if there was insufficient room in family detention facilities.

When a federal judge ordered the families reunified in the summer of 2018, the government could not locate many of the children’s parents. By then, more than 4,000 families had been separated. Some of the parents had already been deported back to their home countries in Central America.

Some families have since been reunited, but attorneys are still trying to find the parents of 611 children as of January 13. After public outcry, the Trump administration decided in December to provide a database of phone numbers and addresses that could help locate the parents — information it had refused to release for over a year to attorneys and nonprofits, claiming that it did not exist. Meanwhile, some nonprofit groups working on the ground in Central America were going door-to-door to find the parents.

The Trump administration stopped invoking the zero-tolerance policy as a means to separate families en masse as of US District Judge Dolly Gee’s June 2018 ruling. But it did separate more than 1,100 additional families on a case-by-case basis where it found that the parents were unfit to care for their children. Officials cited DUIs and nonviolent offenses from a decade ago, the fact that the parents entered the US without authorization, and, in one case, that a father couldn’t change diapers quickly enough as grounds to take children away, Gelernt said. He has argued that the Trump administration violated the court order in doing so.

The Biden administration’s decision to end the zero-tolerance policy is a critical step in undoing Trump’s nativist legacy on immigration. But it won’t meaningfully change how migrants are currently received on the southern border.

The Trump administration started turning away virtually all migrants arriving on the border in March on pandemic-related grounds, expelling them to Mexico. To do so, it invoked Title 42, a section of the Public Health Safety Act that allows the US government to temporarily block noncitizens from entering the US “when doing so is required in the interest of public health.” It resulted in the expulsions of almost 611,000 people from March through December and remains effective until the CDC director determines that the further spread of Covid-19 has “ceased to be a serious danger to public health.”

Biden has so far kept that policy in place, as well as pandemic-related travel restrictions on many noncitizens seeking to enter the country, even though immigrant advocates have argued that the US can continue to protect vulnerable immigrants without adverse consequences to public health. Jennifer Podkul, the vice president of policy and advocacy at the legal aid group Kids in Need of Defense, said in a press call that the administration could at least create exceptions for particularly vulnerable classes of migrants.

Doris Meissner, a senior fellow at the Migration Policy Institute who served as an immigration official in the Clinton administration, has speculated that Biden will nevertheless keep the policy in place temporarily while he implements changes that “allow for a more functional system for granting asylum.”

Some of those changes are expected as early as Friday.