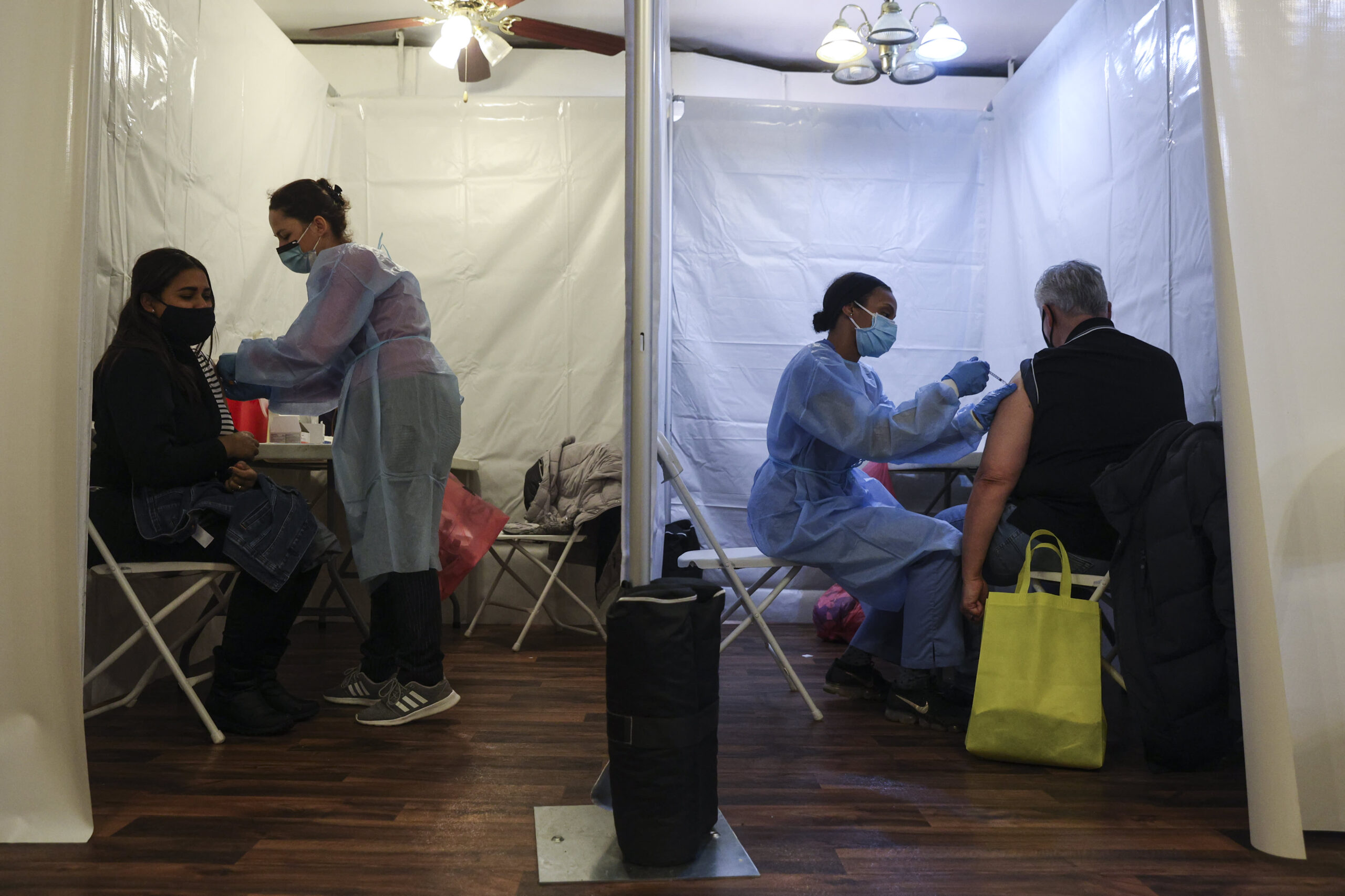 Healthcare workers administer Pfizer-BioNTech Covid-19 vaccines at a vaccination site inside a church in the Bronx borough of New York, on Friday, Feb. 5, 2021.

President Joe Biden won’t commit to achieving herd immunity to the coronavirus in the U.S. by the end of summer, suggesting a long road ahead to defeating the deadly virus.

“The idea that this can be done and we can get to herd immunity much before the end of this summer is very difficult,” the Democrat said in an interview broadcast on CBS on Sunday ahead of the Super Bowl.

The comment came in response to prodding by journalist Norah O’Donnell, who said that at the current rate of about 1.3 million doses administered per day, it would take almost a year to vaccinate enough Americans to achieve herd immunity.

The White House has set a goal of 100 million doses in Biden’s first 100 days as a minimum, though the pace of vaccinations is currently higher than that. Biden seemed to up his goal late last month by saying he thinks the U.S. could administer up to 1.5 million doses per day.

Biden’s cautious remarks are in line with the warnings of scientists and public health officials as well as his past statements. They mark a reversal from the approach of Biden’s predecessor, former President Donald Trump, who often claimed that the end of the pandemic was around the corner.

Dr. Anthony Fauci, the nation’s leading epidemiologist, has said that it would require a minimum of 75% of the public to be inoculated against Covid-19 to achieve herd immunity. He has predicted a return to normal some time next fall.

Biden also said during the interview that he was exploring new ways to vaccinate more Americans more quickly.

He said he supported a proposal from the National Football League to use its 30 stadiums as mass vaccination centers, but stopped short of committing to the plan.

“I’m telling my team they are available, and I believe we’ll use them,” Biden said.

Subscribe to CNBC Pro for the TV livestream, deep insights and analysis  on how to invest during the next presidential term.