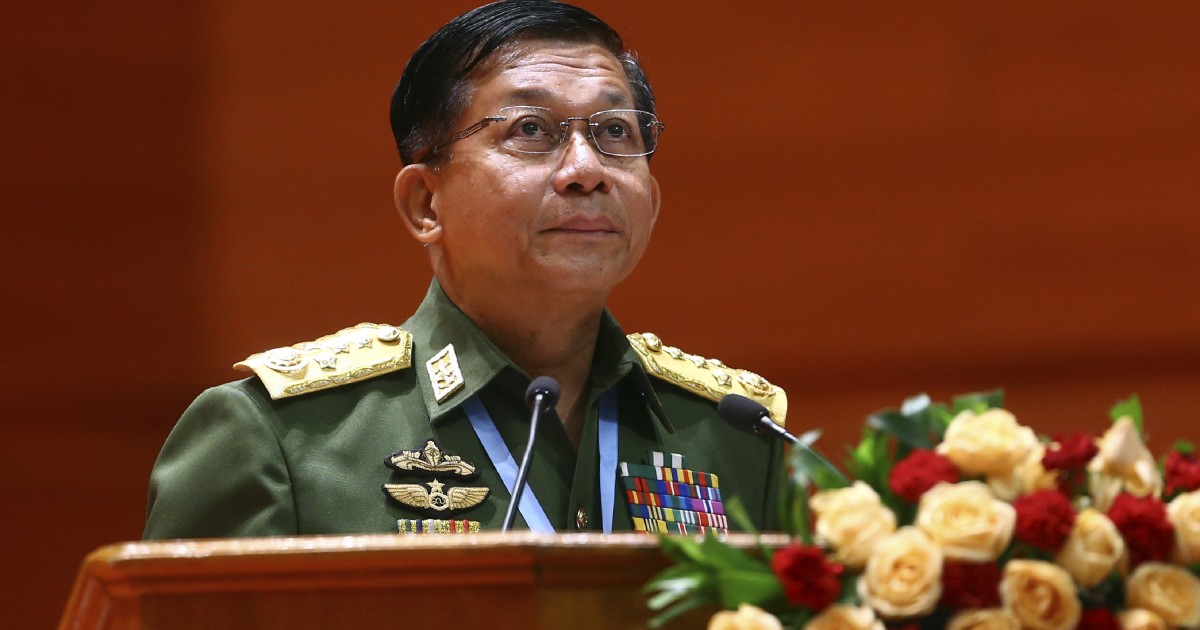 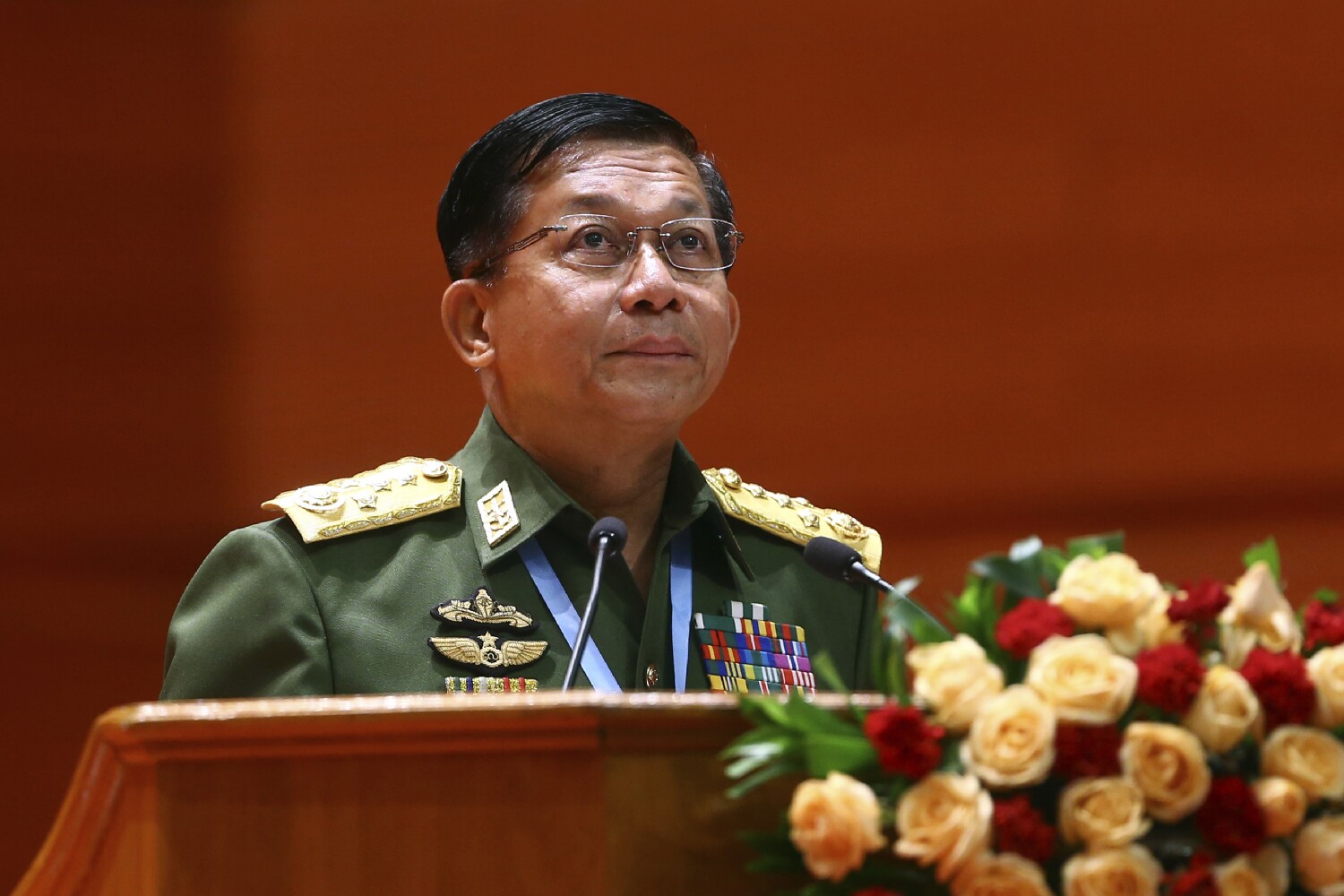 In his first foreign policy test, President Biden on Wednesday slapped sanctions on the military commanders of Myanmar who last week overthrew the elected civilian government and brutally cracked down on citizens protesting the coup.

Saying the Myanmar military must “respect democracy,” Biden announced he would block army commanders from accessing $1 billion in assets in the United States and target specific Burmese individuals for restrictions that would bar them from doing business with U.S. people or entities.

The president’s actions represented the most forceful steps he has taken on the world stage since assuming office three weeks ago, pledging in his inaugural address that human rights and democracy would be a central focus of the administration. He has also declared that “America is back” and would be reassuming a global leadership role that many believe former President Trump sacrificed for more transactional interests.

It is unclear whether the sanctions will influence Myanmar, which was formerly known as Burma. For a decade or so, the United States has rolled out sanctions aimed at pressuring Myanmar’s military with little success. Only in the 2000s did the military allow elections, in which Nobel laureate Aung San Suu Kyi was eventually chosen as the country’s top civilian ruler. Nevertheless, the military continued to constrain her.

Although her international image was later tarnished over the government’s treatment of non-Buddhist minorities, Suu Kyi remains hugely popular at home. She was among those imprisoned in the military coup. The State Department said it has not been able to get in touch with Suu Kyi or other elected officials seized by the army.

The military officials who staged the takeover are the same officers who engineered a brutal attack on minority Muslim Rohingya, which has been labeled a genocide by the United States and others, according to human rights and Rohingya activists.

The Biden administration moved unusually quickly in declaring the generals’ action a coup, which triggers such U.S. measures as a cutoff in aid.

While details were vague, Biden said Wednesday that the U.S. would impose “strong export controls” on Burmese products and target for economic punishment the families of military leaders as well as the generals themselves.

The president and his advisors are also clearly concerned about averting a bloodbath on the streets of Yangon, Myanmar’s largest city.

“As protests grow, violence against those asserting their democratic rights is unacceptable,” Biden said at a brief White House appearance before leaving for his first visit as president to the Pentagon.

“We’re also going to post strong export controls, or freezing U.S. assets that benefit the Burmese government, while maintaining our support for healthcare [and] civil society groups, and other areas that benefit the people,” he said.

Biden is working from a familiar playbook. The United States for years has imposed sanctions as the punishment of choices, and lawmakers from both parties have pushed Biden to respond aggressively to the coup. Sen. Mitch McConnell (R-Ky.), the Senate minority leader, on Feb. 2 urged the administration to “impose significant costs on the military for its attack on democracy.”

Sen. Robert Menendez (D-N.J.), chairman of the Senate Foreign Relations Committee, applauded Biden’s actions Wednesday and said in a statement “there must be real consequences if Aung San Suu Kyi and the rest of Burma’s elected leaders are not immediately freed and allowed to resume their rightful place at the head of a civilian government.”

The Burmese military took over the government and arrested elected leaders on the contention that recent elections, which the party of Suu Kyi won in a landslide, were riddled with fraud. Military leaders have not presented any evidence to support that contention, and they have cut off most internet connections to stifle communications.

Since the coup on Feb. 1, protesters have taken to the streets to demonstrate against the coup and demand their leaders’ release from custody. They have been met by authorities wielding water cannons and other weapons, a belligerent response that the U.S. and its allies have previously criticized. Myanmar has a strong ally in China, which has refused to condemn the coup, saying it’s an internal matter.

“We repeat our calls for the military to relinquish power, restore democratically elected government, release those detained, and lift all telecommunication restrictions, and to refrain from violence,” State Department spokesman Ned Price said.