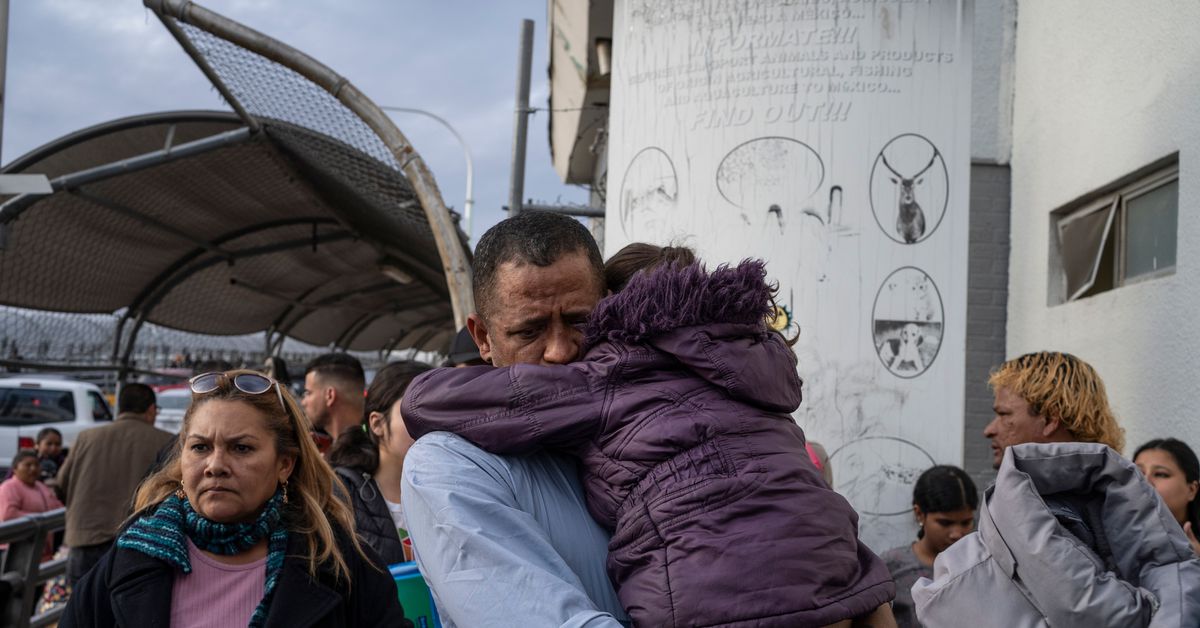 The Biden administration announced Friday that it will begin processing tens of thousands of asylum seekers who were forced to wait in Mexico for a chance to obtain protection in the United States under a Trump-era program.

Some 28,000 asylum seekers — primarily Cubans, Hondurans, and Guatemalans — currently have active cases in former President Donald Trump’s Migrant Protection Protocols (MPP), which became known as the “Remain in Mexico” program. It is one of many interlocking Trump-era policies that, together, have made obtaining asylum and other humanitarian protections next to impossible.

The US will begin processing roughly 300 people daily at three ports of entry along the US-Mexico border starting on February 19, according to the Department of Homeland Security. At that pace, they should all be processed by the end of May.

The migrants will be given an appointment to cross, tested for Covid-19, admitted to the US, and placed in “alternatives to detention” programs, under which migrants are released into the US but monitored, usually by a social worker, in an effort to encourage them to show up for their immigration court dates. Such programs are humane and relatively low cost compared to immigration detention.

President Joe Biden’s decision to start processing asylum seekers subject to MPP signals that he is taking a more compassionate approach to the border. But some immigrant advocates have argued that he isn’t acting quickly enough to reverse Trump’s policies, including a Centers for Disease Control and Prevention (CDC) order that has allowed the US to turn away the vast majority of migrants arriving at the border on pandemic-related grounds.

White House press secretary Jen Psaki said Wednesday that the CDC order will remain in place for now. And officials have warned asylum seekers not subject to MPP against traveling to the border because they will not be processed.

“This latest action is another step in our commitment to reform immigration policies that do not align with our nation’s values,” DHS Secretary Alejandro Mayorkas said in a statement Friday. “Especially at the border, however, where capacity constraints remain serious, changes will take time. Individuals who are not eligible under this initial phase should wait for further instructions and not travel to the border.”

More than 71,000 migrants have been subject to MPP over the lifetime of the program as of the end of January, according to new data from the Transactional Records Access Clearinghouse at Syracuse University. The vast majority are not being represented by a lawyer, and less than 2 percent of those whose cases have been completed have received some form of protection in the US.

Before the pandemic, asylum seekers would often have to wait months for a hearing. But last March, the Trump administration suspended all their hearings indefinitely.

Faced with the prospect of waiting many months in Mexico to be called in for their court dates in the US, many migrants who were enrolled in MPP decided to return to their home countries and were ordered deported in their absence. Biden administration officials have signaled that they also intend to identify those people and admit them to the US for a chance to seek protection.

Other asylum seekers subject to the program continued to wait in Mexican border cities, where they remain at risk for extortion, kidnapping, and rape at the hands of cartels and other criminal entities. Some have found housing in shelters, hotels, or rooms for rent. But for others, only colorful tents and tarps stand between them and the elements. They continue to rely on volunteers for basic necessities and medical care.

President Joe Biden announced last month that the US would stop enrolling people in MPP, but stopped short of ending it entirely. He had also promised on the campaign trail to “surge humanitarian resources” to the border, including asylum officers who could conduct an initial screening of migrants’ claims for protection, and ensure that US Citizenship and Immigration Services’ asylum division takes the lead on processing their cases in order to ease the burden on the immigration courts.