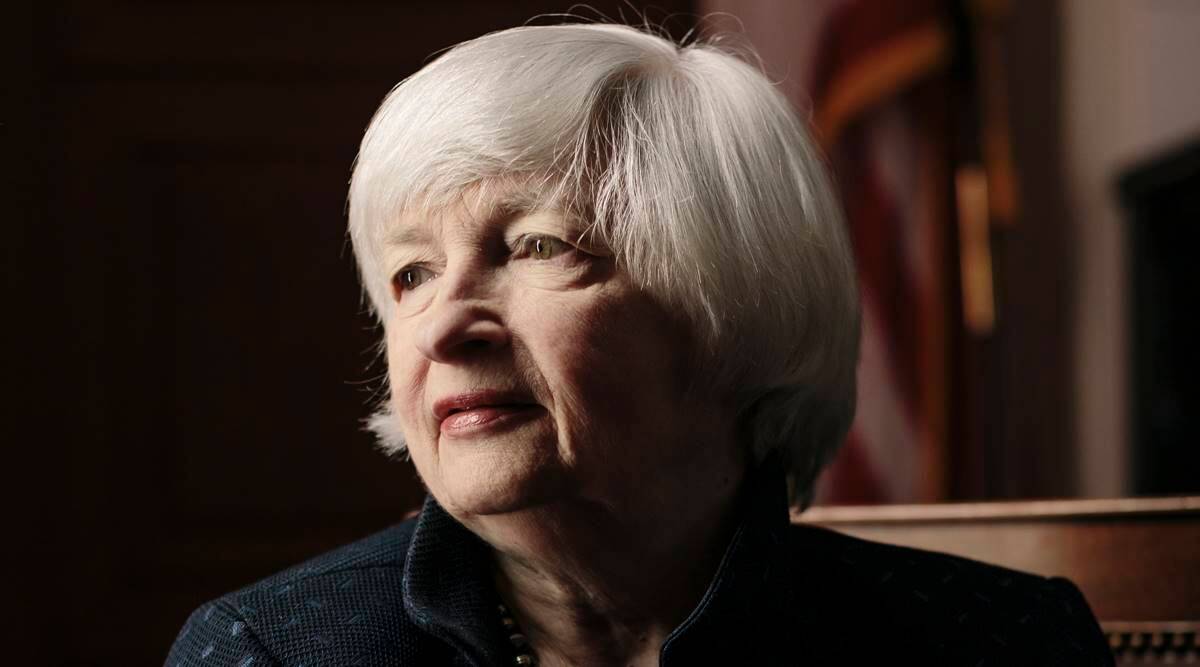 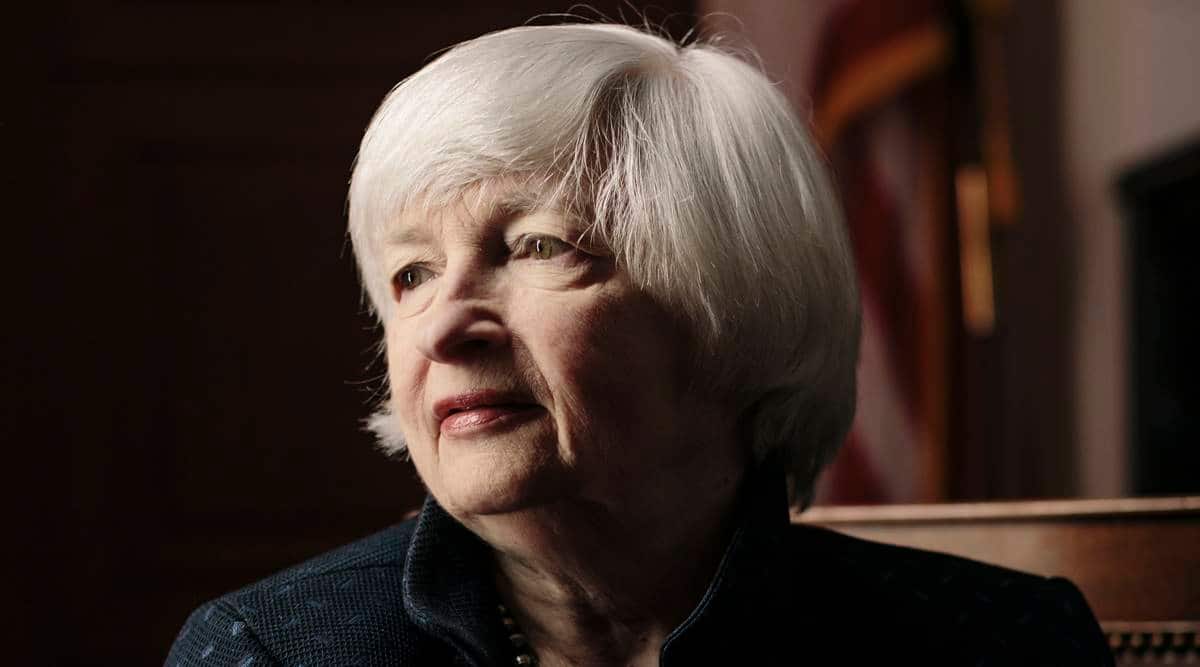 FILE — Janet Yellen, former chair of the Federal Reserve, in Washington, Oct. 31, 2017. President-elect Joe Biden is expected to nominate Yellen, the first woman to lead to the Federal Reserve, to be the next Treasury secretary, according to people familiar with the decision. (Lexey Swall/The New York Times)

President-elect Joe Biden plans to name Janet Yellen as Treasury secretary, a nomination that would put a woman in charge of the Treasury for the first time in its 231-year history.

The expected appointment came as Biden moved to fill other top Cabinet roles, selecting Alejandro Mayorkas as the first Latino to lead the Department of Homeland Security and Avril Haines as the first woman to be the director of national intelligence.

Biden is also expected to create a new post of international climate envoy and tap John Kerry, a former secretary of state who was a chief negotiator for the United States on the Paris climate change accord.

In choosing Yellen, who was also the first woman to lead the Federal Reserve, Biden is turning to a renowned labor economist at a moment of high unemployment, when millions of Americans remain out of work and the economy continues to struggle from the coronavirus.

Yellen, 74, is likely to bring a long-held preference for government help for households that are struggling economically. But she will be thrust into negotiating for more aid with what is expected to be a divided Congress, pushing her into a far more political role than the one she played at the independent central bank.

“While the pandemic is still seriously affecting the economy, we need to continue extraordinary fiscal support,” Yellen said in a Bloomberg Television interview in October. Her expected nomination was reported earlier by The Wall Street Journal.

The emerging diplomatic, intelligence and economic teams, as outlined by transition officials, reunite a group of former senior officials from the Obama administration. Most worked closely together at the State Department and the White House and in several cases have close ties to Biden dating back years. Biden will officially announce some of them at an event in Wilmington, Delaware, on Tuesday.

They share a belief in the core principles of the Democratic foreign policy establishment: international cooperation, strong U.S. alliances and leadership, but a wariness of foreign interventions after the wars in Iraq and Afghanistan.

The transition office confirmed reports Sunday night that Biden will nominate Antony Blinken to be secretary of state and Jake Sullivan as national security adviser.

Biden will also nominate Linda Thomas-Greenfield to be ambassador to the United Nations and restore the job to Cabinet-level status, giving Thomas-Greenfield, who is African American, a seat on his National Security Council.

The racial and gender mix of the expected nominees also reflects Biden’s stated commitment to diversity, which has lagged notoriously in the worlds of foreign policy and national security.

The slate of picks also showed Biden’s determination to push forward with setting up his administration despite President Donald Trump’s continuing refusal to concede. Biden received help on that front Monday evening, when the head of the General Services Administration formally designated him the apparent winner, unlocking federal funds and resources to begin a transition and authorizing his advisers to begin coordinating with Trump administration officials.

Kerry’s job does not require Senate confirmation. A statement released by the transition office said Kerry “will fight climate change full time as special presidential envoy for climate and will sit on the National Security Council.”

To manage his domestic climate policies, Biden will also soon name a White House climate director, who will have equal standing with Kerry, according to transition officials.

If confirmed, Mayorkas, who served as deputy Homeland Security secretary from 2013 to 2016, would be the first Latino to run the department charged with putting in place and managing the nation’s immigration policies.

A Cuban-born immigrant whose family fled the Castro revolution, he is a former U.S. attorney in California and began President Barack Obama’s first term as director of U.S. Citizenship and Immigration Services. He will have to restore trust in the department after many key Democratic constituencies came to see it as the vessel for some of Trump’s most contentious policies, such as separating migrant children from their families and building a wall along the southern border.

Top immigration officials in the Obama administration recommended Mayorkas’ nomination as a way to build support with the immigrant community while satisfying moderates and career officials within the agency who are looking for a leader with a background in law enforcement.

Haines served as deputy CIA director in the Obama administration before succeeding Blinken as Obama’s deputy national security adviser. She, too, is a former aide to Biden, serving as deputy chief counsel to the Senate Foreign Relations Committee from 2007 to 2008 while Biden was chairman. Haines also served as counsel to Obama’s National Security Council, helping him navigate legal issues around counterterrorism operations and pressing for more restraint to reduce civilian casualties.

If confirmed, Haines will be the highest-ranking woman to serve in the intelligence community. The CIA director, now led by its first female director in Gina Haspel, reports to the director of national intelligence.

Thomas-Greenfield is a 35-year Foreign Service veteran who has served in diplomatic posts around the world. She served from 2013 to 2017 as assistant secretary of state for African affairs. Just as important in the view of Biden officials is her time as a former director general and human resources director of the Foreign Service. They see it as positioning her to help restore morale at a State Department where many career officials felt ignored and even undermined during the Trump years.

Thomas-Greenfield, who recently recounted joining a “still very male and very pale” foreign service decades ago, has also served as the U.S. ambassador to Liberia and has been posted in Switzerland, Pakistan, Kenya, Gambia, Nigeria and Jamaica.

Perhaps the biggest surprise was Biden’s decision to bring back Kerry in a new role that would signal the administration’s commitment to fighting climate change. Kerry, 76, was a longtime Senate colleague and is a friend who campaigned for Biden through some of his candidacy’s darkest days and, Democrats say, retains his voracious appetite for international affairs.

Since serving as Obama’s second secretary of state from 2013 to 2017, Kerry elevated climate change to his signature issue and currently runs an organization dedicated to the topic. His will be a full-time position.

“We have no time to lose when it comes to our national security and foreign policy,” Biden said in a statement provided by his transition office. “I need a team ready on Day 1 to help me reclaim America’s seat at the head of the table, rally the world to meet the biggest challenges we face, and advance our security, prosperity, and values. This is the crux of that team.”

“These individuals are equally as experienced and crisis-tested as they are innovative and imaginative,” he added. “Their accomplishments in diplomacy are unmatched, but they also reflect the idea that we cannot meet the profound challenges of this new moment with old thinking and unchanged habits — or without diversity of background and perspective. It’s why I’ve selected them.”

In Blinken, 58, Biden chose a confidant of more than 20 years who served as his top aide on the Senate Foreign Relations Committee before joining his vice-presidential staff, where he served as Biden’s national security adviser, before becoming principal deputy national security adviser to Obama and then deputy secretary of state from 2015 to 2017.

Blinken is widely viewed as a pragmatic centrist on foreign policy who, like Biden, has supported past U.S. interventions and believes that the United States must play a central leadership role in the world. Biden most likely calculated that the soft-spoken Blinken, who is well regarded by many Republicans, will face a less difficult Senate confirmation fight than another top contender, former national security adviser Susan E. Rice.

Blinken began his career at the State Department during the Clinton administration.

Sullivan will take the White House’s top national security job and, at 44 when he takes office, will be the youngest person to hold that position after McGeorge Bundy, who took over the job at age 41 under President John F. Kennedy.

Sullivan followed Blinken as Biden’s top national security aide and was also a senior aide to Secretary of State Hillary Clinton. Along the way, Sullivan found admirers even among conservative Republicans in Congress while playing a key role in the negotiations leading to the 2015 Iran nuclear deal.

A Minnesota native, Sullivan in recent months has helped lead a project at the Carnegie Endowment for International Peace reconceiving U.S. foreign policy around the needs of the American middle class.

Yellen’s path to the top job at Treasury may have been paved by the man who rejected her for a second stint as Fed chair: Trump.

Yellen wanted to be reappointed when her term at the head of the central bank ended in 2018, but Trump, eager to install his own pick, decided against renominating her. Instead, he chose Jerome Powell, the Fed’s current chair, breaking with precedent. The previous three Fed chairs had been reappointed by presidents of the opposite political party.

But it may have cleared the way for Yellen — who became an economist at a time when few women entered or rose in the male-dominated field — to break yet another public policy glass ceiling.