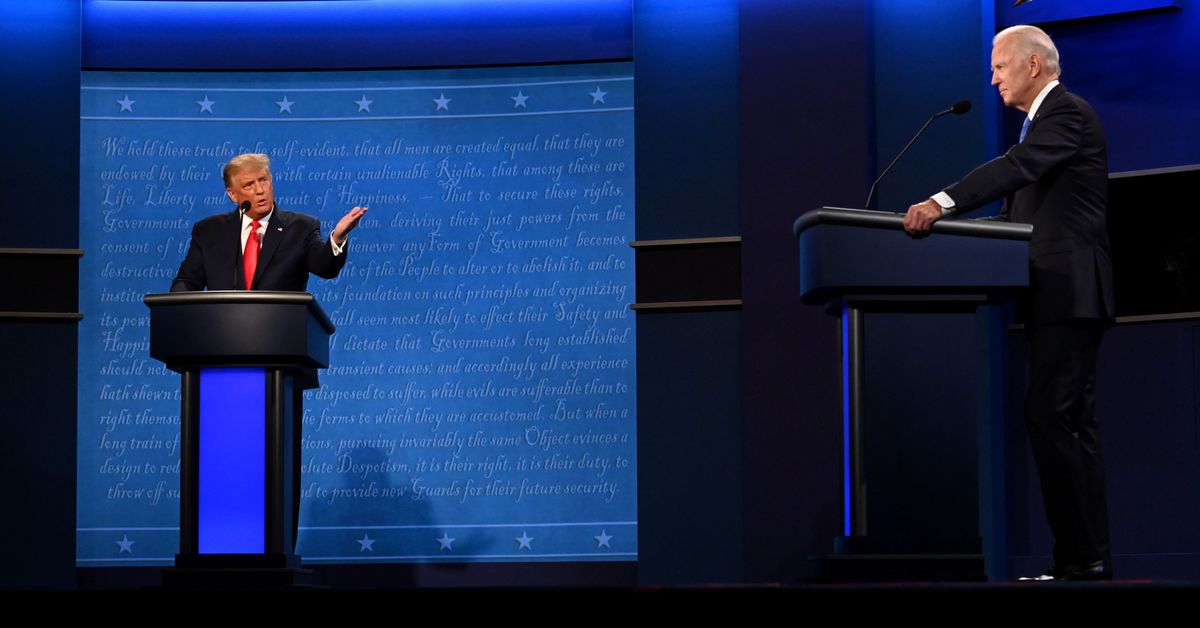 President Joe Biden said in a CBS interview released Friday that he believes former President Donald Trump cannot be trusted with the classified intelligence briefings that are traditionally offered to former presidents, and suggested that he might bar Trump from receiving a briefing if he requested one, due to the former president’s “erratic behavior.”

If Biden were to deny Trump access to a requested intelligence briefing — which Biden has unilateral authority to do — it would be a stark break from the convention of allowing former presidents to request and receive the briefings. They’re a perk of the post-presidency that allows former presidents to advise sitting presidents on pressing national security matters and, when needed, engage in unofficial diplomacy.

Asked to explain his position, Biden said, “Because of his erratic behavior unrelated to the insurrection.”

And when asked what he feared could happen if Trump did receive briefings, Biden said, “I’d rather not speculate out loud.”

Biden’s language suggested an inclination to block any requests from Trump, but his comments were not definitive.

On Saturday, White House press secretary Jen Psaki released a statement clarifying Biden’s remarks, suggesting that the administration will not necessarily completely bar Trump from intelligence, and that any request from the former president for a briefing would be subject to assessment.

So far, Trump has reportedly not submitted any intelligence briefing requests. But that he could be prevented from receiving one is remarkable. And should Biden face a request and deny it, he’d have the support of some top House Democrats and national security experts like Trump’s principal deputy director of national intelligence Susan Gordon, who have stated that they believe Trump’s access to such information poses a threat to national security.

Overall, much like his upcoming Senate impeachment trial and his removal from social media platforms, Trump’s national security role post-presidency is shaping up to be as norm-shattering as his presidency.

Former presidents are allowed access to intelligence briefings to advance national interests. Critics say Trump will do the opposite.

As the New York Times’s David Sanger notes, access to classified intelligence briefings — which contain the country’s most sensitive intelligence reporting and analysis on national security issues — is partially about extending a courtesy to former presidents and partially about equipping them to assist a sitting president, should he or she need their counsel on a complicated policy decision.

“Traditionally, these briefings have kept former presidents informed enough to serve as confidential advisers to the current president if needed, to offer perspective during an international crisis or before high-level negotiations with a foreign leader, for example,” David Priess, a CIA officer who briefed George H.W. Bush for years after he left the White House, told the Washington Post.

Currently these briefings are given on a regular basis to Jimmy Carter, Bill Clinton, George W. Bush, and Barack Obama, Sanger reports.

Biden’s language suggests that Trump might become an exception to the long-standing tradition. And that’s because many Democrats and national security experts lack trust in his judgment and believe he could use the information inappropriately.

Trump demonstrated a disinterest in intelligence briefings while he was still in office. He reportedly did not read the presidential daily briefing, and instead preferred to be briefed orally two to three times a week, a style of presentation that decreased the nuance of the information. He resisted being briefed on negative information about Russia. And more broadly speaking, he spent much of his presidency railing against the the intelligence community, often describing them as part of a conspiracy against his presidency. In other words, there are questions about how Trump would handle information from institutions that he not only doesn’t respect, but considers political adversaries.

There are also questions of competence. As Sanger explains, Trump played fast and loose with critical pieces of confidential information:

Shortly after he fired the F.B.I. director James B. Comey in 2017, Mr. Trump told the Russian foreign minister and the Russian ambassador about a highly classified piece of intelligence about the Islamic State that came from Israel. The Israelis were outraged.

Later in his presidency, Mr. Trump took a photograph with his phone of a classified satellite image showing an explosion at a missile launchpad in Iran. Some of the markings were blacked out first, but the revelation gave adversaries information — which they may have had, anyway — about the abilities of American surveillance satellites.

For example, Gordon — who resigned as Trump’s principal deputy director of national intelligence in 2019 — wrote in a January op-ed in the Washington Post that Trump should not receive any briefings as a private citizen because of his interest in remaining active in politics, his vulnerability to international surveillance, pressure due to his international business holdings, and questions about his general judgment.

“It is not clear that he understands the tradecraft to which he has been exposed, the reasons the knowledge he has acquired must be protected from disclosure, or the intentions and capabilities of adversaries and competitors who will use any means to advance their interests at the expense of ours,” she wrote.

“There were, I think, any number of intelligence partners around the world who probably started withholding information from us because they didn’t trust the president would safeguard that information, and protect their sources and methods,” Schiff said. “And that makes us less safe. We’ve seen this president politicize intelligence, and that’s another risk to the country.”

Douglas Wise, a former deputy director of the Defense Intelligence Agency, has pointed to Trump’s debt as a unique point of vulnerability. Much of the former’s president’s debt is held by financial institutions, but as Vox’s Andrew Prokop has explained, Trump also made hundreds of millions of dollars in purchases using money from unknown sources.

“A frightening scenario is where the owners of Trump’s debt or actors like Putin who have the massive capacity to make him debt free pressure Trump into making decisions that are beneficial to Russia in the final days of his administration, serving as a conduit of Russian disinformation once out of office, or sharing intelligence information after he leaves,” Wise wrote at Just Security in November.

Deciding to block Trump’s access to top intelligence — assuming Trump ever requests it — is the prerogative of the Biden administration. It’s not necessary for any former president to access it, and given that Biden is unlikely to turn to Trump for counsel on many national security and foreign policy questions, it would not be a big loss for him to not have Trump among his advisers.

But in addition to weighing national security concerns, Biden must also weigh the pros and cons of the potential political blowback of choosing to break this norm. In the wake of the Trump presidency, however, it seems unlikely such a decision will cause the shock it might have in another era.