Biden’s incoming chief of staff warns that the virus death toll will reach 500,000 by the end of February. 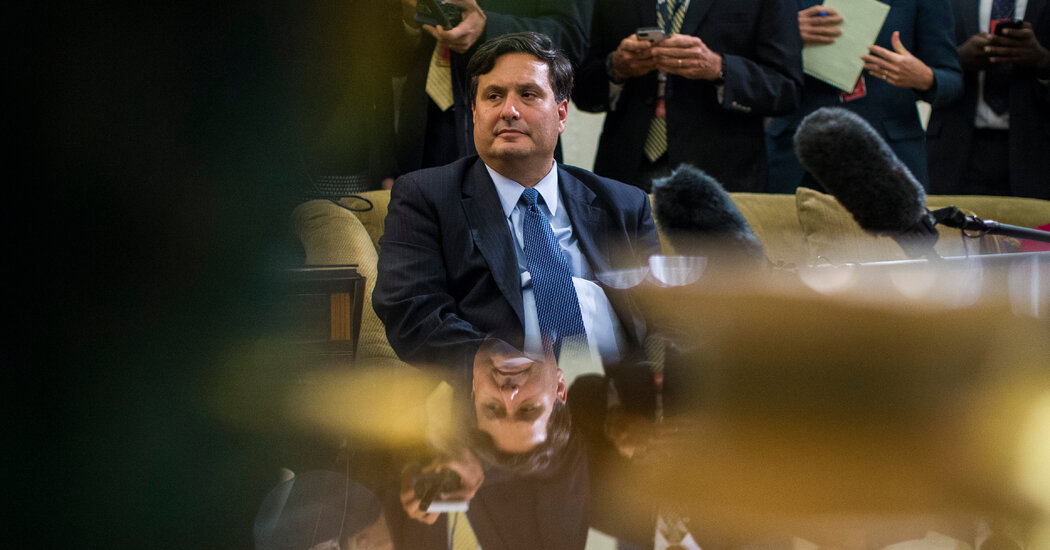 Officials in the incoming Biden administration braced the country for continued hardship in the days after the inauguration, with the president-elect assuming control of a struggling economy and surging coronavirus outbreak in less than three days.

Ron Klain, President-elect Joseph R. Biden Jr.’s incoming White House chief of staff, had a dire forecast for the course of the coronavirus outbreak in the new administration’s first weeks, predicting that half a million Americans will have died from the coronavirus by the end of February. The current toll is nearing 400,000.

“The virus is going to get worse before it gets better,” Mr. Klain said in an appearance on CNN’s “State of the Union.” “People who are contracting the virus today will start to get sick next month, will add to the death toll in late February, even March, so it’s going to take a while to turn this around.”

Average daily U.S. deaths from the virus have risen to well past 3,000, and the Centers for Disease Control and Prevention has sounded the alarm about a fast-spreading, far more contagious variant of the coronavirus that officials project will become the dominant source of infection in the country by March, potentially fueling another wrenching surge of cases and deaths.

Mr. Klain, in comments directed at states’ disappointment that a reserve of additional vaccines that the Trump administration had promised to release did not exist, said that his team was “inheriting a huge mess” in terms of vaccine production and distribution.

“But we have a plan to fix it,” Mr. Klain said, alluding to a federal vaccination campaign that Mr. Biden announced on Friday. “We think there are things we can do to speed up the delivery of that vaccine.”

He was particularly critical of Mr. Trump’s handling of the coronavirus pandemic, having served as the “Ebola czar” under Mr. Obama during an outbreak of the deadly disease in his second term. A video of Mr. Klain lecturing Mr. Trump about the pandemic was widely seen during the campaign.

Trump administration officials last week urged states to loosen eligibility criteria and to begin vaccinating all Americans 65 and older. Some states, including New York, moved quickly to comply, prompting a surge of interest — and confusion — as thousands of newly eligible people sought appointments to get vaccinated.

RELATED:  Amazon, Alphabet and Salesforce are all investing in a $28 billion company that crunches big data

But there was no stockpile of additional vaccine doses awaiting distribution to those states, it turned out — only the amounts already promised, much of it to be given as second doses to people who already had received their first doses.

Dr. Anthony S. Fauci, director of the National Institute of Allergy and Infectious Diseases, said on Sunday that he, too, had been trying to sort through the confusion about how many doses were held by the federal government and where they were going.

“I think there was just a misunderstanding,” Dr. Fauci said on NBC’s “Meet the Press.” “When doses were released, an equal amount was kept back to make sure if there was any glitches in the supply flow that the people who got their first doses would clearly get their second doses,” he said.

Once it was clear that production of the vaccines would be reliable, he added, “the decision was made, instead of just giving enough for the first dose and holding back for the second dose, that as soon as they got the doses available, they would give it because now they would have confidence that the next amount they would get.”

RELATED:  Overlooked in Biden's COVID-19 relief plan: A push to cut child poverty in half

Brian Deese, the incoming head of the National Economic Council, also stressed the urgency of passing a $1.9 trillion stimulus plan that the incoming Biden administration had unveiled last week to assist in the recovery effort, pointing to data suggesting increasing unemployment and that more Americans are going hungry.

“The truth is, we’re at a very precarious moment,” Mr. Deese said in an appearance on “Fox News Sunday.” “We’ve got an acute economic crisis and human crisis, and we need decisive action.”

Getting the Vaccine Along With a Glimmer of Hope

Congress Could Finally Make Life Better For Parents — If It Doesn’t...

An influential voice, a decisive vote: VP Kamala Harris is expected to...