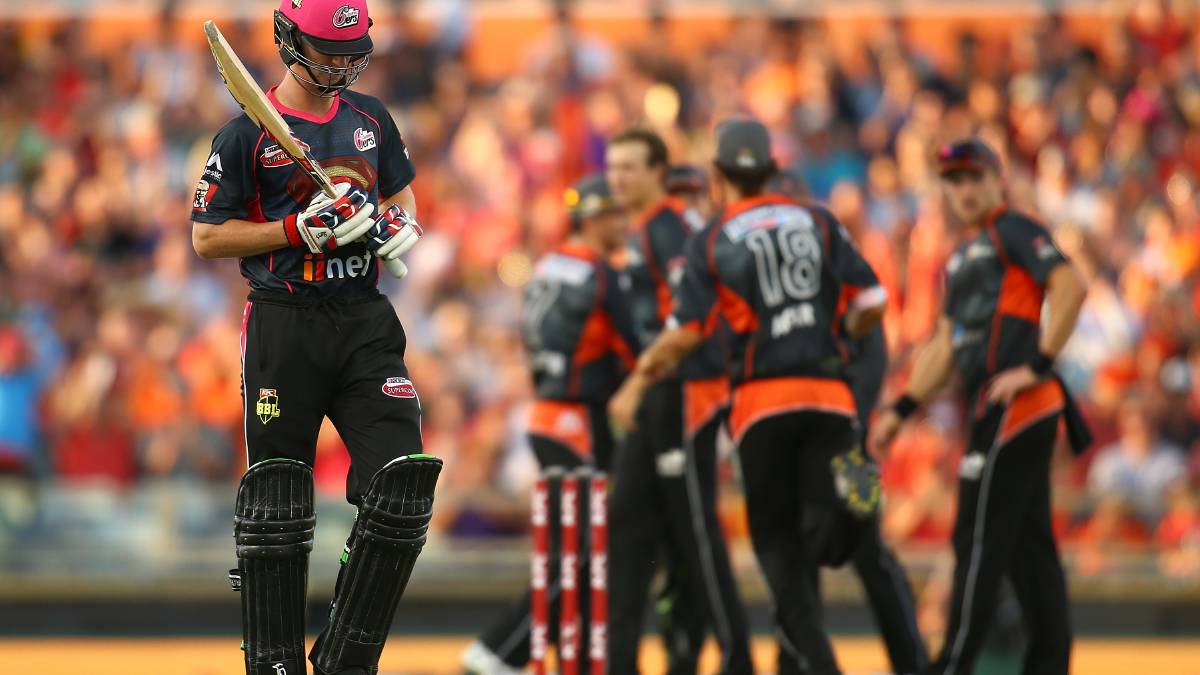 It will be their fourth meeting in this BBL season. After Perth Scorchers claimed an 86-run victory in their first meeting of this season, Sydney Sixers won the next meeting by 7 wickets.

They also met in the Qualifier of this tournament, where Sixers claimed a thrashing victory by 9 wickets.

The defending champions Sydney Sixers are undoubtedly the most in-form sides in this tournament. After finishing as the points table champion by winning 9 matches, they beat Perth Scorchers in the Qualifier to directly advance for this final.

Youngster Josh Philippe has already been named as the Player of the Tournament who has scored 499 runs in 15 matches (average 33.26; strike-rate 150.30), including 3 half-centuries (best 95). Also, James Vince has scored 442 runs in 15 innings, including three fifties.

Ben Dwarshuis is their leading wicket-taker who got 21 wickets in 12 matches. Also, Carlos Brathwaite (16 wickets in 15 matches), Stephen O’Keefe (15 wickets in 13 matches) and Daniel Christian (13 wickets in 13 innings) have also performed strongly with the ball in hand.

Perth Scorchers had the struggling start in this season as they didn’t manage a victory in their first four games (3 loses and 1 no result). But then, they made a solid comeback and finished in the second position in the BBL 10 points table with 8 victories.

Though Perth Scorchers lost the Qualifier against Sydney Sixers, Scorchers still reach the final after beating the in-form Brisbane Heat in the Challenger.

While Perth Scorchers have announced the unchanged squad for the final, Jason Roy is doubtful due to ankle injury. Roy has scored 355 runs in 12 matches, including two half-centuries.

In the last game (Challenger), where rain also interrupted the first innings, Liam Livingstone and Cameron Bancroft put the 114 runs opening partnership where Bancroft was ultimately not out on 58 runs off 42 balls while the Player of the Match Award winner Liam Livingstone scored 77 runs off 39 balls.

Though the defending champions Sydney Sixers are the best performers in this BBL season and also leading the head-to-head contest of this season against Perth Scorchers by 2-1, it is a fresh final match. Three-time BBL winners Perth Scorchers are also one of the best teams in this season, who have always made the brilliant comebacks from the difficult situations in this season.

So, there are no favourite for this final match as two best teams are appearing in this BBL 10 final.