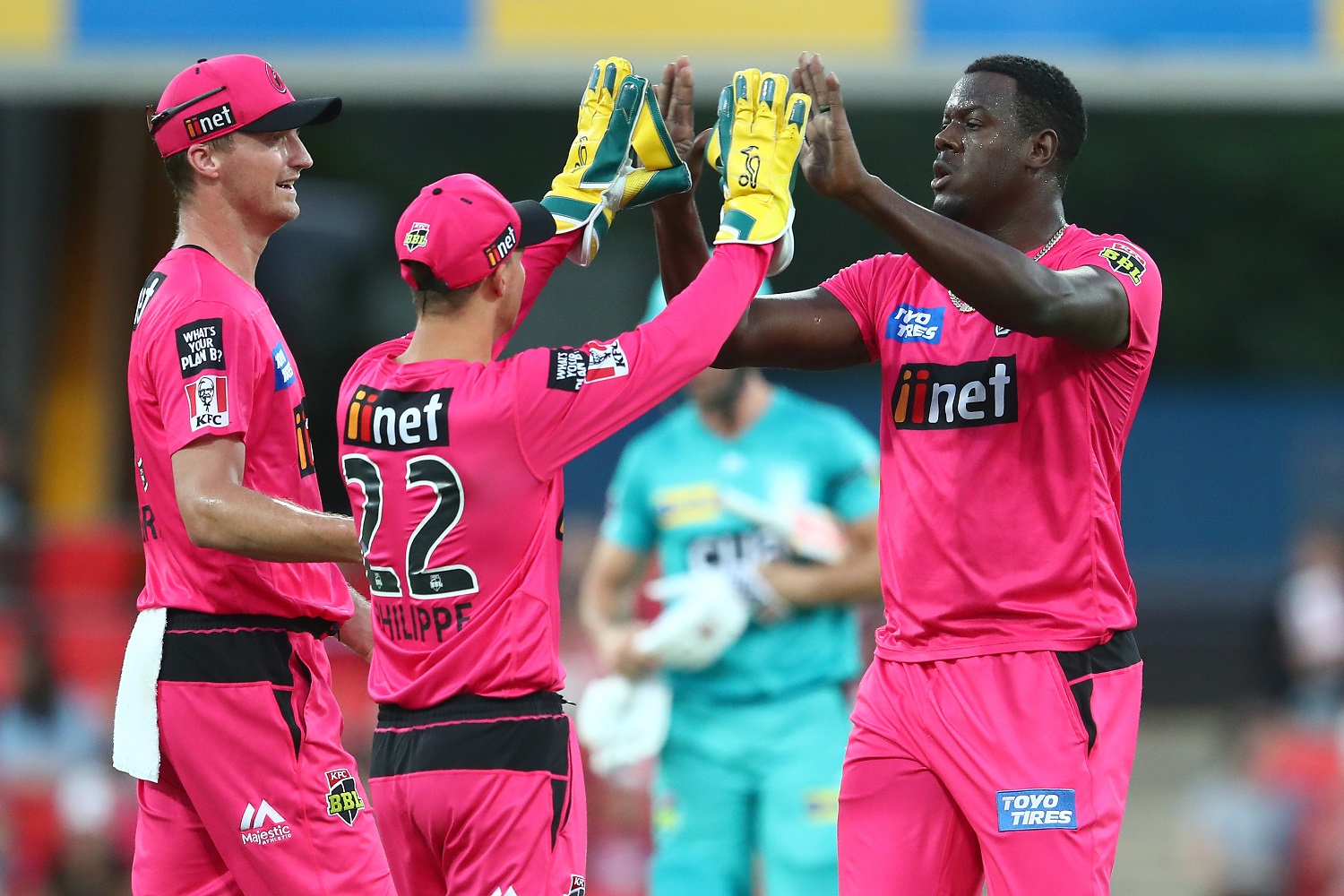 On Sunday (10th January), during the 35th match of the BBL 10, the defending champions Sydney Sixers snatched a three-wicket victory against Brisbane Heat in the final-ball thriller at Carrara Oval (Carrara).

After winning the toss, Sixers captain Daniel Hughes chose to field first. While Heat were bowled out for 148 runs (20 overs), Sixers chased down that target on the final ball of the match after losing 7 wickets.

i) Chris Lynn has scored 2555 runs in BBL career. He became the first batsman to score 2500 runs in BBL history.

i) Chris Lynn scored his 21st 50+ score (one century and 20 half-centuries) in BBL career. After this match, Lynn becomes the new record holder of most number of 50+ scores in BBL history. Shaun Marsh and Aaron Finch are now just behind of him with 20 times 50+ scores each in BBL career.

i) Afghanistan off-spinner Mujeeb Ur Rahman has taken 14 wickets in the ongoing BBL 10. It is now the most wickets for a Brisbane Heat spinner in a BBL season. Their previous record was 12 wickets by the leggie Mitchell Swepson (BBL 2016/17) and Mujeeb Ur Rahman for once each (BBL 2018/19).

i) Caribbean right-arm pacer Carlos Brathwaite had the bowling figures of 4-0-18-4.

– best bowling figures for a foreign bowler for Sixers

i) Daniel Hughes scored his 10th half-century for Sydney Sixers. It is the most number of 50+ scores for a batsman for Sixers as he put behind Moises Henriques, who scored 9 times 50+ scores for this team.

i) Steve O’Keefe scored his fifth duck for Sydney Sixers. He moved up the second position in the list of most T20 ducks for Sixers. Only Moises Henriques is ahead of him in this list with 6 ducks for this team.