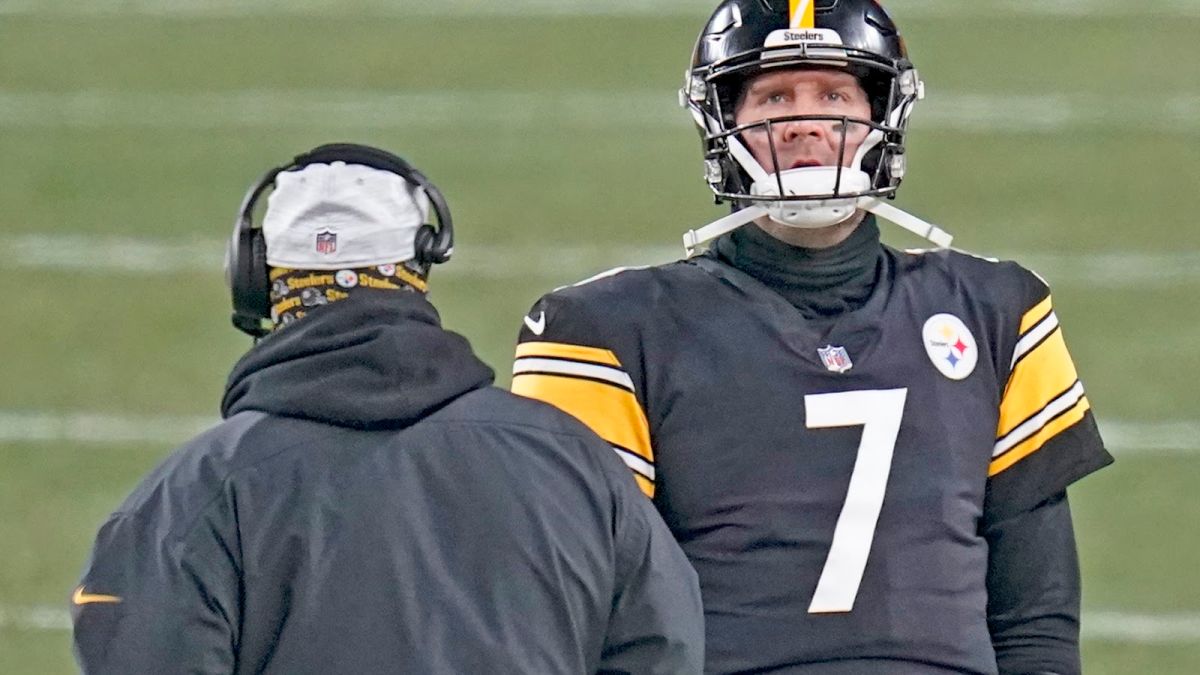 The NFL offseason promises to be almost NBA-like in its drama. There are multiple QBs on the market that could actually make a difference, with Matthew Stafford and Deshaun Watson at the top of the trade market. The Dolphins are willing to dangle Tua Tagovoiloa in order to get Watson, or maybe a higher pick to get one from the rich QB class. Not only are the traditionally QB-downtrodden looking for QBs (Bears, Jags, Jets), but teams that actually have a hope of accomplishing something are also in the market (Pats, Saints, Colts, maybe Rams).

The Steelers should be in the latter boat. There is a team here, and a team ready to compete for the shiny prizes. And yet they’re still being held hostage by a quarterback who has an arm like a deflated animal balloon.

For some reason, it took the NFL at large about 12 weeks to figure out it could line up its entire defense within 10 yards of the line of scrimmage and Ben Roethlisberger couldn’t throw the ball over it. Once it did, the Steelers were toast. They even lost a playoff game to the Browns. The Browns, people. It’s just not done.

Roethlisberger is due $41 million next year, and he says he wants to work with the Steelers in order to make that more manageable. But the only answer for the Steelers is to move on. Roethlisberger is not going to get better at 39. And there are options out there now for them. Stafford or Watson would make them instantly better, though how much interest the Texans might have in the No. 24 pick, just as a starting point, is probably not much.

The Steelers would save $19 million by simply cutting Roethlisberger, but according to OverTheCap.com that would still leave them $15 million over a non-rising cap. But having Roethlisberger around puts a definite ceiling on what they can do.

Besides, if there’s any one player that needs to be taken out back and put down like a wounded cow, it’s Roethlisberger. So why wait?

The buzz last night was that the Colorado Rockies are the latest team to decide to blow everything up without really having anything to blow up. Rumors of a trade of Nolan Arenado to the Cardinals were everywhere.

The Rockies came within one game (Game 163) from winning the NL West two years ago, but other than claiming the wild-card as a consolation prize and then getting clocked by the Brewers in three games, the only thing they have to show for the last decade is a coin-flip game loss to the Diamondbacks in 2017.

Is the Rockies roster an absolute mess? Pretty much. Is there a way out of where they are now? No, not any other way than starting over. Still, it’s sobering for a fanbase that is actually a pretty passionate one (haven’t drawn less than 2.5 million fans in 13 years) to watch a homegrown stud like Arenado sign an extension just two years ago and now be flogged around like socks on Maxwell St. (It’s a Chicago thing, just go with me)..

That Game-163 loss is as close as the Rockies have ever come to winning the NL West, which is petty startling. If it wasn’t for an unprecedented 20-game heater in 2007, Rockies history would be Improv 101 uneventful.

Looking over the Rockies’ history, what jumps out is that the two most successful pitchers in their history are Ubaldo Jimenez and Jon Gray. The Rockies are an interesting study, in that they’ve never figured out what type of pitcher will be a success at Coors Field consistently, or how they might try something different to overcome the unique setting. Groundball pitchers have a problem with the rock-hard, dried out infield at altitude that can be a runway. Flyball pitchers … well, that’s obvious. Strikeout hurlers can’t really use breaking pitches, and the greater amount of pitches that strikeouts require can lead to exhausted hurlers thanks to a lack of oxygen. Their hitters can’t seem to adjust when going on the road — it’s been shown how differently they’re pitched between home and away. But they’ve never adjusted there either.

Arenado is 29, but carries a big enough rep to net some nearly ready prospects. But the trend of late has been for teams to ask for and get players in return that were running for student government president last week, which is probably what the Rockies will do. That way you can sell hope for that much longer without really having to do anything in the interim.

What’s Arenado away from Coors? He’s mostly been slightly above average (a .985 OPS at home, just .793 on the road), but still maybe the best defensive third baseman in the game. He would certainly be an upgrade on the cliche, Cardinals go-hard Tommy Edman and the quickly discoloring corpse of Matt Carpenter. Thankfully for the Cards, three teams in the Central are simply giving up, and the Brewers can’t stop staring at their navel. The acquisition of Arenado might improve the Cards just incrementally enough to be favorites to be top of the remedial class.