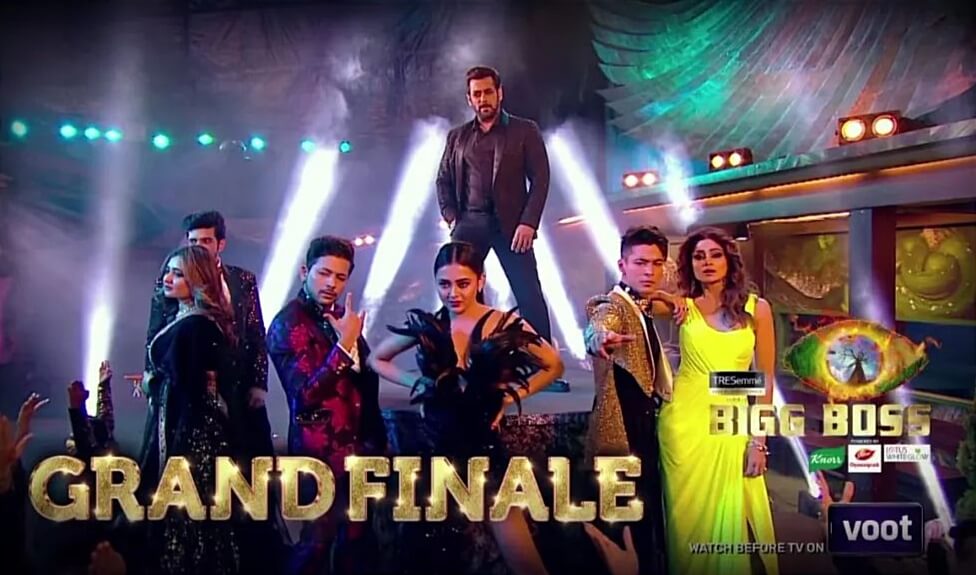 Big Boss 15 has almost come to an end and the winner of the Big Boss 15 will be announced on 30th January 2022. Karan Kundra, Tejasswi Prakash, Shamita Shetty and Pratik Sehajpal are the final contestants and the fights between them are fierce.

While the audience had seen the glimpse of the Grand Finale on Saturday, the winner’s name will be announced on the Sunday episode. The shooting of the grand finale has been completed and Shweta Tiwari was snapped on the sets of the show. Shweta Tiwari will be joining the sets with Salman khan in 2 parts of the grand finale. As well as the former Big Boss winners including Rubina Dilaik, Urvashi Dholakia, Gautam Gulati, Gauhar Khan and Shweta Tiwari will also be joining in the Big Boss 15 Grand Finale.