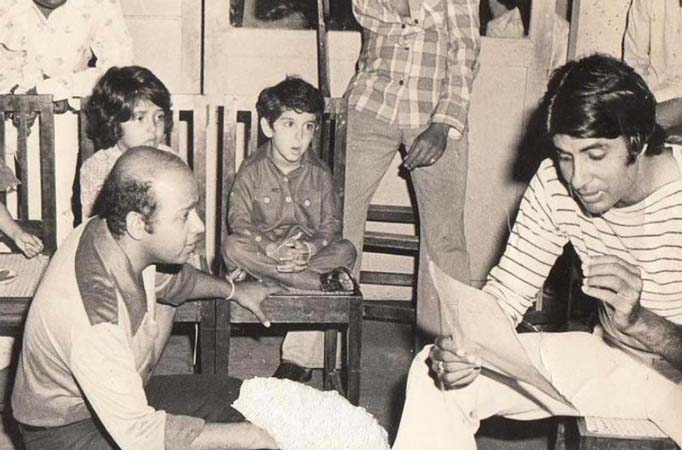 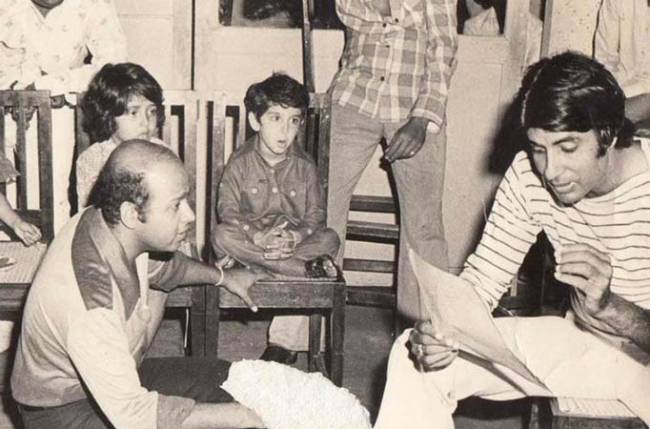 MUMBAI: Amitabh Bachchan on Tuesday shared a throwback black and white photo of himself from the sets of his 1979 film Mr Natwarlal which also features Hrithik Roshan as a young boy of four or five.

In the photograph, Amitabh Bachchan features alongside the film’s music director Rajesh Roshan and a young Hrithik. Big B turned nostalgic while recalling the recording of the song titled “Mere paas aao mere doston” for the action comedy.

“The first song I sang for film .. ‘mere paas aao ..’ for Mr Natwarlal .. music rehearsal with Rajesh Roshan , Music Director .. AND .. all this being overseen by one ‘palti maar ke ‘ little one sitting on the bench … a certain HRITHIK ROSHAN,” Bachchan wrote on Instagram.

In the picture, Hrithik can be seen staring attentively at Big B as he rehearses the song with his uncle Rajesh Roshan.

The Rakesh Kumar directorial also starred Rekha, Kader Khan and Amjad Khan in key roles. A large part of the film was shot in Kashmir.

A few days ago, Big B had shared a childhood photo of his son Abhishek Bachchan on Instagram. “Tashkent , Soviet Union .. 1900’s .. where he signed his first autograph.. Abhishek,” the actor had captioned the photo.