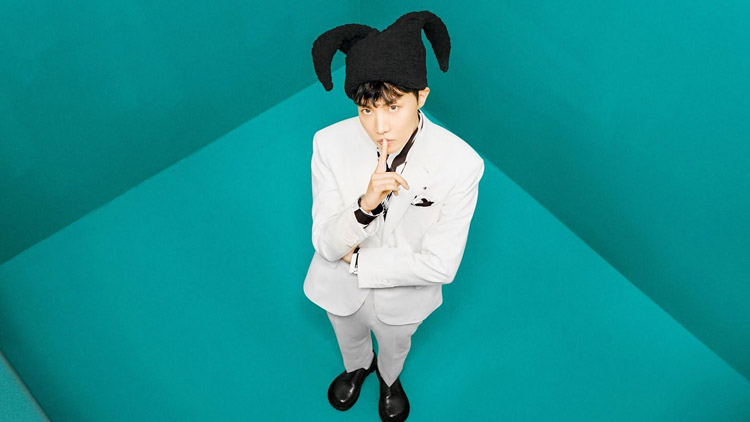 BTS member Jung Hoseok (stage name J-hope) is set to release his first solo album in the month of July. After the group announced taking a break from releasing group music for a while as they focused on more solo projects, this will be the start of their solo album releases.

The artist released a teaser sort, attached to the album announcement tweet that gives a general vibe of the album I suppose.

The title of the album is a representation of his aspiration to break the mold and grow. A pre-released track is to be released on July 1st and thereafter load of content regarding J-hope and his creativity will be shown. All the tracks in the album will be available on streaming platforms from July 15th, 9:30 am IST and the physical album will be released on July 29th, 9:30 am IST.

The physical album will have one card holder (1 randomly selected out of 2), photocard A (1 type), photocard B (1 random out of 2), and a QR card which will be a user guide. The company hasn’t mentioned a physical CD but a QR card that will let you download the album online using their “Weverse Album” app.

This kind of packaging is supposed to encourage eco-friendly behavior, especially since an issue has been raised in South Korea regarding the album packaging and the amount of waste generated from it.

For downloading the album from the QR card which will be available in the physical album:

1. You will first have to install the “Weverse Album” app available on the play store.

3. Scar the QR code by tapping on the [+] icon that will be seen at the upper right corner, or click on [Add Album].

4. If you do encounter trouble scanning the QR code, you can also opt for entering the digital code at the bottom.

After doing so, you’ll be able to download your album.

J-hope has been actively expressing his excitement towards this album now, and even before when their solo projects were talked of. The members as well are being super supportive, as the fans had already expected so.

The pre-ordering of the album has already begun from today. You can download the “Weverse Shop” app and you’re all set to set a place an order for yourse