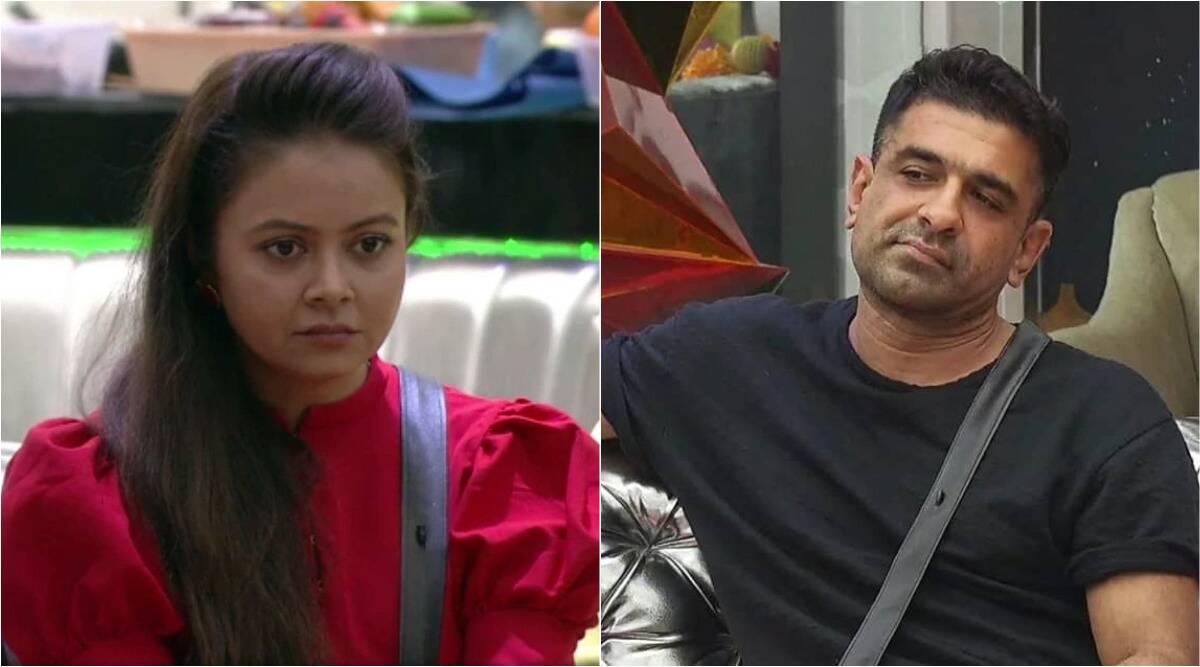 Actor Devoleena Bhattacharjee was evicted from Bigg Boss 14 on Sunday. Her exit also marks the end of journey for Eijaz Khan in the Salman Khan-hosted show. Owing to a prior shoot commitment, Eijaz had to come out of the house last month. Former contestant Devoleena was brought in as his proxy.

During her stint on Bigg Boss 14, Devoleena Bhattacharjee impressed the audience with her maturity and passion towards tasks. The Saath Nibhana Saathiya also hogged the limelight recently when she had a breakdown after a fight with Arshi Khan. While housemates accused her of creating drama for content, host Salman Khan had sided with her during the Weekend Ka Vaar episode.

During the ‘connection week’, Devoleena got Paras Chhabra as her companion, however, the latter did nothing to help her in the game. Instead, he went on to choose Rubina Dilaik as the winner of the ‘Ticket to Finale’ task. After Rubina saved Nikki Tamboli, it became clear that Devoleena would go out this week. The actor even took to Twitter to rant about Paras, and how he let her down in the competition.

She wrote, “One should actually understand the meaning of #supporter. Supporter k naam pe bhi kalaa daag ban gaya #girgit. Support karna nahi tha toh anna hi nahi cahiye tha.Gandi gandi harkatein karega toh tareefein thodi batorega (If he didn’t want to support me, he should not have come on the show. If he behaves like this, he will not get any plaudits for it).”

Eijaz Khan, who is shooting for City of Dreams 2, had been hopeful of making a re-entry before the finale. However, with Devoleena’s eviction, his journey would remain unfinished in the season. Earlier speaking to indianexpress.com, the actor had shared, “Honestly, I already feel I have won the trophy receiving so much love from fans, but now I want to go back to the house and win it for them.”