Bigg Boss 14 fame Arshi Khan says she’s not ‘forgiven’ Devoleena: She didn’t have anything to give to the show 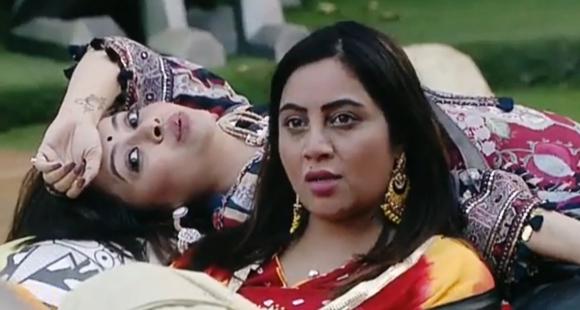 Bigg Boss season 14 has been over but one of the contestants, Arshi Khan has gone on to talk about her equation with Devoleena Bhattacharjee, Vikas Gupta post the show. In a recent chat, Arshi claimed that despite Devoleena’s apology on the show, she did not let things go.

One of the popular reality shows on Indian television is Salman Khan”s Bigg Boss. The 14th season of the show got over back in February 2021. However, the popularity of the contestants of this season continues to soar. Among them, Arshi Khan is remembered as the most fun-loving and entertaining contestants of the season. However, during her stint on the show, her arguments with Rakhi Sawant, Vikas Gupta, and Devoleena Bhattacharjee often took an ugly turn.

In a recent chat with Times Of India, Arshi opened up about her equation with Vikas, Devoleena and Rakhi post the show. Recalling the ugliest fight between her and Devoleena, Arshi said that the latter did apologise to her on the show after the fight. However, she claimed that she could not forgive Devoleena for the things she did. Further, talking about it, Arshi claimed that Devoleena did have anything to contribute to the show and hence, she was only trying to fight to get more ‘screen time’ on the show.

Talking about it, Arshi said, “As far as Devoleena is concerned, unhone mujhse show mein maafi maangi thi par maine unko maaf nahi kiya hai. (She had apologised to me on the show, but I did not forgive her.) She didn’t have anything to give to the show so she thought she can throw utensils and food at others and get some screen time, but uske baad kya haal hua hai woh toh sabko pata hi hai.(what happened after she did that, everyone saw)”

To recall, Arshi and Devoleena’s argument happened after the former made a few comments on the latter. Devoleena did not react at the very moment. However, later, she reacted in a fit of rage and broke a few utensils in the house. She also tried to feed food to Arshi on the show. For this, she got punished and was nominated for the entire season.

In the same chat, Arshi spoke about Vikas as well. Talking about Vikas, Arshi refused to speak up about him and claimed that she will never talk to him post the show too. Further, she was asked as to why she did not attend Rakhi’s party post the show. Arshi shared that she didn’t go as she didn’t want to. Further, she added that on the same night, Rahul Mahajan also hosted a bash and she attended that. Talking about it, she said, “Main unki party mein nahi gayi kyunki mujhe nahi jana tha wahan. Rahul Mahajan also hosted a bash that night, and he is my close friend, so I went there with Rubina and Abhinav. Also, I am not a party person, ek din mein kitni party karu?”

When Arshi was evicted from the show, she met all contestants in a sweet way. Despite having arguments with Rahul, he too recited a shayari for her when she was leaving the show and Rakhi also bid her adieu with a smile. Post the show, Arshi has been quite active on social media and is often spotted in the city by the paparazzi as well.

Also Read|Bigg Boss 14: Arshi Khan says Aly & Rahul want her to act in the South; States the latter promised her a groom