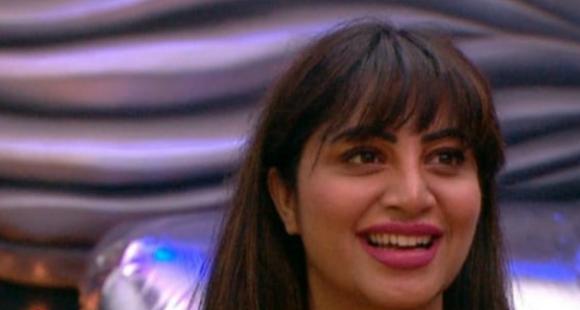 Salman Khan individually talks to each and every housemate and tries to resolve their issues before announcing the name of the contestant who has been evicted. Read on to know more.

The episode begins with the re-entry of Salman Khan on stage. He greets the audience and starts by discussing the previous episode. The host also states that he is still not in a good mood. He talks about how he has been hosting so many seasons of the show and the feedback that he gets from others over the same. Salman also adds that the show is difficult because of which the contestants lose their temper.

He talks about how things crossed the line ahead of Weekend Ka Vaar. The host also adds that the contestants do not pay heed to his advice after he leaves. He also points out what wrong did they do in the past week. Salman enters the house again through MeTV. He asks the contestants whether the things he said in the previous episode were right to which they reply in the affirmative. He then asks Rakhi if she has got any offers or brand endorsements to which she replies in the negative.

The host then advises her to play with dignity and respect. She promises not to use any foul language in the future. He then confronts Devoleena over her breakdown. Salman clarifies that Arshi did not use the kind of sentence that she is talking about. Devoleena tries giving clarification and says that Arshi pokes others by saying ‘You deserve this’ at times. Salman agrees to this while giving the example of the instance when Rubina spilled water on Rakhi.

The host moves to Rubina and Abhinav after the same. He then asks Abhinav the meaning of ‘tharki.’ Salman tells him that the word is not that bad to which the actor agrees to it. He then asks about the things which he and Rubina said to Rakhi like ‘neech,’ ‘gandi,’ and ‘jaleel’ aurat. Abhinav agrees that these words said by Rubina are far worse than ‘tharki.’ He questions Arshi over a similar context. Salman then asks Rubina if she is going right in the show to which she agrees with.

He tries to give her peace of mind over the same. The host advises her to listen to others before putting out her point. He then schools everyone over their behaviour in the house. The actor also reprimands them over talking about the creative team behind the camera. Salman confronts Rubina over talking about Rakhi’s bank balance. He talks about how the rivals from previous seasons helped each other out with makeup, clothes, etc.

He also tells her not to use Kavita’s name which she used on the day of throwing water at Rakhi. Abhinav is asked about what he explained to Rubina during the share bazaar task. He says that he asked her not to be under the influence of Nikki and Arshi. Salman then tells them exactly what Abhinav said that day. He then tries clarifying the same while Nikki alleges that he is lying. The host asks Rahul if Arshi ignites a fire in situations to which he agrees with.

He confronts Rubina over alleging that whatever Devoleena and Rakhi did was for content. She replies by stating that Devoleena reacted after 3 hours over the same. Meanwhile, the connections of the contestants have a discussion about whatever happened. On the other hand, Nikki tries clarifying things with Rubina. She also confronts Abhinav over whatever he said earlier. He then tries explaining things to Nikki. He takes Rubina aside and talks to her about the same. He tells her that she has stopped listening which is the problem with everyone in the house.

Meanwhile, Salman Khan then talks to the connections of the housemates. He asked Vindu if whatever he is seeing currently in Bigg Boss 14 is entertainment to which he disagrees with it. The host then asks Rubina’s sister Jyotika if whatever he said about the former is right. He then talks about how Rubina asked for help earlier and that he is happy Jyotika is entering the house. The latter breaks down and states how they get emotional upon seeing her inside the show.

Salman then asks whether Rubina will listen to her to which she replies in the affirmative. He then talks to Rahul Mahajan and Jasmin Bhasin about the same. The latter then says that Abhinav and Rubina are intelligent and smart people and that they should have drawn a line when Rakhi approached him earlier for wearing the saree. Salman agrees with her in this regard. He then tells them that will send their questions to the housemates. He, however, tells the housemates that a few fans have asked them some questions. Abhinav is asked why he took so much time to come to the spotlight. He says that he didn’t watch Bigg Boss episodes earlier and that he knew only about the format. He adds how Rubina helped him eventually and that he executed what he calls surviving skills.

Rubina is asked the reason behind being opposing and opinionative. She then states that she was quite aggressive around 7-8 years ago. The actress then states that she had issues with her family members, mentally broken, and had suicidal issues. She also talks about how it affected her relationship eventually which led her to take yoga classes and other sessions. Salman then says that he hopes this lesson changes her life.

Rubina is then asked how she reacted when she didn’t even know what curse Arshi cast on Devoleena. The actress gives a clarification of the same. Salman then states what Arshi exactly said that day. Abhinav is asked the question which Jasmin told Salman earlier. He tries explaining the same and says that it is Rakhi who turned on him when he stopped favouring her amid tasks. The host refuses to listen to him and states that whatever happened in a completely different context.

Salman then wishes good luck to the connections before they enter the house. Later on, Jasmin enters the stage and gives a stellar performance. He then enters the BB house again through MeTV. Most of them say that it is Devoleena who will be evicted as Eijaz is not there. Salman then informs that it is Arshi Khan who has got the least number of votes and that she has been evicted from the show. He also informs that everyone in the house is nominated for the next week. Arshi then bids goodbye to everyone while Aly gets emotional.

Later on, Rakhi and Devoleena have a discussion about Abhinav and Rubina. The latter says that Rubina has a problem with everyone. On the other hand, Abhinav asks Rubina to stop him at times when she feels he is going wrong. Rakhi asks Devoleena to help her solve things with Abhinav. Meanwhile, Rubina confronts Abhinav over the fact that he mentions Jasmin’s name most of the time. He then schools her for not listening before putting out her opinion.