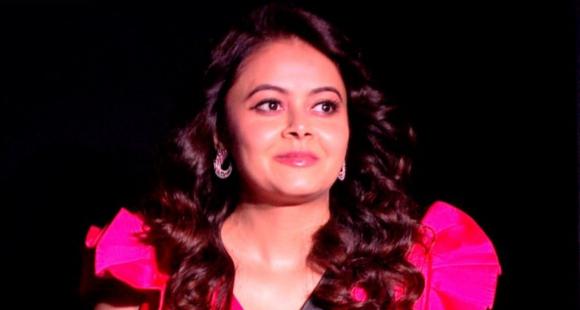 As promised earlier by Bigg Boss, the housemates were deprived of their ration owing to the cancellation of the earlier task. Read on to know how they were given a chance to earn back the same.

11.45 am: Rakhi asks Eijaz the meaning of infatuation post which he explains her the same.

1.15 pm: Arshi finds a packet of biscuits from under Rakhi’s bed and the other housemates have a discussion about the same. Meanwhile, Rakhi continues singing praises for Abhinav near the bathroom area. Nikki asks both Abhi and Rubina not to talk about the packet with anyone.

2.15 pm: The housemates indulge in fun banter with Rakhi and asks her to do makeup in only half of her face. Later on, she does the same. Abhinav comes and tells her that her food items have been stolen by someone.

9.00 pm: Rakhi calls out to Bigg Boss and asks for a return of her food items. She gets into a tiff with Arshi in between. Later on, she is able to find some of her items hidden inside the house.

12.30 am: Rakhi talks to Sonali about Abhinav and Rubina. She says that she will continue to be friends with him outside. The actress suddenly breaks down and Sonali tries to console her. She also talks about her marriage and states that she doesn’t want her husband anymore. She further adds that he told her he won’t come anymore. Sonali then advises her to leave him.

1.00 am: Nikki and Arshi allege that Rakhi has stolen items from inside the house. They also talk about her crying to gain sympathy. However, Sonali tells them that she was crying because she was missing someone. Rakhi then gets into a tiff with Nikki and Arshi.

1.30 am: Nikki tells Rakhi that Abhinav has also stolen her items.

8.00 am: The housemates wake up and dance to an energetic song. Later on, they have a discussion about the ration inside the house.

10.15 am: Bigg Boss asks the housemate to gather and not to touch any food items. Later on, a few crew members enter the house and take away everything.

12.30 pm: Eijaz asks Rakhi about the food items that Vikas gave her. This leads to an ugly spat between them.

2.00 pm: Bigg Boss informs the housemates that all of their food items have been snatched away owing to their previous behaviour. They are informed about the parameters to get access to the same. This includes following the rules, doing tasks in an efficient manner, and contribution towards the show. Rubina is then called to the theatre and asked whom does she consider responsible for the ongoing ruckus inside the house. That particular housemate won’t be given a chance to decide the ration of the house. She names Eijaz’s name in this regard.

2.15 pm: The housemates have a discussion regarding the ration of the house.

3.00 pm: Bigg Boss informs the housemates about the extension of the show. Eijaz is allowed to make an exit from the house owing to prior work commitments. Devoleena enters the house as his proxy. Both of them decide among themselves that Nikki is responsible for the cancellation of the earlier task. Post that, Devoleena enters the house and meets the housemates. Meanwhile, Arshi breaks down and Sonali tries consoling her. Later on, Arshi names Rakhi as the one who has contributed the least to the earlier task.

4.15 pm: Rakhi Sawant blames Arshi for the cancellation of the earlier task. Meanwhile, Nikki names Sonali in this regard.

6.15 pm: Aly blames Abhinav for the cancellation of the task. Later on, Rahul names Rubina in this regard.

7.45 pm: Rubina and Arshi have a discussion about how Aly was the one who cancelled the task. She goes and confronts Rahul regarding the same and says that though his reason was correct, he still took her name.

9.30 pm: Vikas Gupta enters the house again. He is also asked to name one housemate because of whom the task was cancelled. He ends up taking Rahul’s name in this regard. Post that, Vikas enters the house.

9.45 pm: Aly is given the power to decide whatever ration comes inside the house for the next day. He then enters the mall and is allowed to take eight items from there.

Also Read: Bigg Boss 14: Jasmin Bhasin draws flak from netizens owing to her tweet on “insincere’ people inside the house