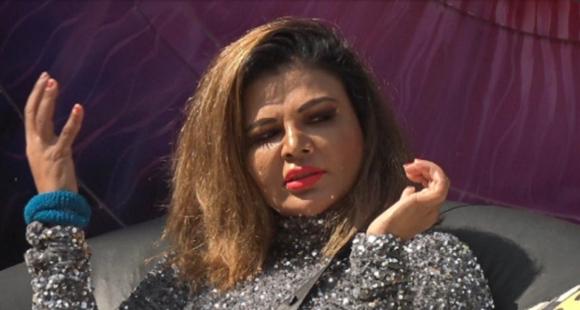 While Aly, Rubina, and Nikki got access to the BB mall after having won the time loop task, this upset Rakhi, Arshi, and a few other housemates. Read on to know more.

8.45 pm: The time loop continues and the housemates continue with their respective actions. Rahul tries ruining some of their tasks. Meanwhile, Rakhi also joins him in insulting Abhinav. She also goes after him and tries to give him a massage again. The actress pulls the string of his pants that irritates him and he snaps at her. Later on, Devoleena tries stopping Rahul from performing his task so that Nikki is out of the game.

9.00 pm: The lights flicker once again. Meanwhile, Arshi alleges that Vikas hid her broom in the bathroom area. Abhinav declares that Arshi is out of the task because someone hid her broom. He says that Nikki could have been out of the task but that is not so as others used physical force on her. However, Devoleena disagrees with him. Post that, Nikki, Aly, and Rubina are declared the winners of the task post which they get access to the BB mall. Arshi breaks down and alleges Abhinav did not make a fair decision. On the other hand, Rakhi also breaks down and Vikas tries consoling her.

9.15 pm: Aly and Rahul try consoling Rakhi too as she keeps on saying that she has realized the love was fake. Rubina also comes and tries explaining her. Meanwhile, Arshi alleges that Aly is important for Abhinav which he denies.

9.30 pm: Aly, Rubina, Vikas, and Nikki have a discussion about Arshi’s behaviour.

9.45 pm: Aly alleges that Arshi wanted Abhinav to favour her instead of him. He confronts her over the same post which they get into an argument.

10.15 pm: Rakhi, Aly, and Rahul indulge in fun banter as she speaks behind Abhinav’s back. Nikki also comes and talks to her.

11.15 pm: Nikki asks Arshi if she will make a parantha for her. The latter asks her to make it herself. Arshi and Rakhi discuss Abhinav as they notice him sleeping.

10.15 am: Abhinav, Devoleena, and Arshi discuss some matter which leaves Rakhi and Aly in splits.

1.30 pm: Rakhi asks Abhinav the reason behind breaking her trust the other day. He tries to explain to her the same by stating that he never talked to her about priorities when she gave him immunity. Meanwhile, Arshi tells Rubina that Rakhi pulled Abhinav’s string the other day. This makes Rubina angry who bursts out at Rakhi for the same. She tells Vikas about the same to which he agrees but he states that whatever happened was during the task. Abhinav also asks her not to do such physical action with him.

2.00 pm: Vikas talks to Abhinav about whatever happened during the task. He defends Rakhi by stating that whatever she did was part of the character she was into back then. However, Rubina disagrees and has a discussion with Vikas about the same. She tries explaining Rakhi the same but the latter pays no heed to her.

2.45 pm: Rubina and Nikki discuss Vikas and Rakhi. Abhinav joins the conversation while stating that Rakhi is not normal.

3.00 pm: Rakhi indulges in fun banter which leaves Arshi and others in splits. Rahul then states that she didn’t pull the strings after being warned. Meanwhile, Rubina says that she is hurt by whatever Rakhi did.

4.00 pm: Abhinav is resting outside while Rakhi comes and sits near him. She tries talking to him but he ignores her. Post that, he walks away.

4.30 pm: Rakhi keeps on singing and taking a jibe at Abhinav, Rubina, and Nikki while they choose to ignore her.

4.45 pm: Rakhi asks Nikki the reason behind copying her and wearing a grey dress. However, the latter chooses to ignore her.

5.15 pm: The actress tries talking to Abhinav but he ignores her. Rubina talks to Arshi about Rakhi’s behaviour and she refers to an incident that happened in a previous season.

7.30 pm: Aly, Rahul, Vikas, and Abhinav are given a task in which they have to cross a few obstacles. Aly and Rahul are made a team and so are Vikas and Abhinav.

7.45 pm: The task begins and the first ones to perform are Abhinav and Vikas. However, Rahul and Aly win the task.

8.30 pm: Abhinav asks Rubina to ignore Rakhi and she agrees to the same. He also talks about how Rakhi told Arshi about having hugged him earlier. The actor says that she twisted the entire thing when she told the same to Arshi. He also talks about the kinds of videos she makes outside.

10.00 pm: Rakhi talks to herself and takes a jibe at Rubina saying that she is trying to impose her authority on everyone inside the house. She states that she is an entertainer and that she will do whatever she likes.