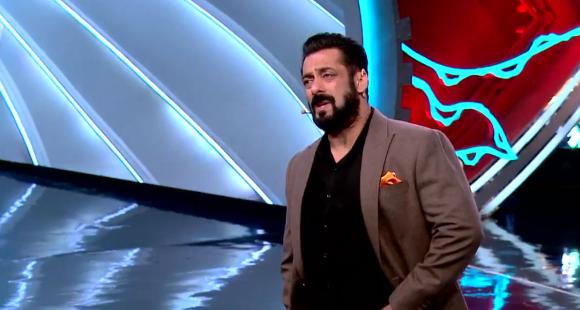 Tonight’s episode of Bigg Boss 14 will witness Salman Khan schooling some of the contestants for their performance in the house and for their behaviour towards others. Read on to know what all happened on Bigg Boss 14 on January 30, 2021.

The Weekend Ka Vaar episode of Bigg Boss 14 is coming up with an entertaining dhamaka as Salman Khan will be returning as the host. The episode will not just witness Rubina Dilaik and Abhinav Shukla expressing their disappointment towards Rakhi Sawant, but the Dabangg star will be seen schooling Nikki Tamboli for her rude behaviour in the house, along with Rubina and Abhinav for over reacting over things and their selective judgements. So, without further ado, let”s know in detail what all happened in the Bigg Boss 14 house on January 31, 2021.

10:42 PM: The next on the radar is Nikki, whose rude behaviour towards almost everyone in the house, has irked Salman Khan. The housemates were seen expressing their point on the same. The Dabangg star is of the opinion that there is no one in the house who hasn’t been disrespected by Nikki. He then gives Nikki a final warning for her behaviour.

10:30 PM: Later, Rahul and Vikas give his views upon Rubina and Abhinav’s game pattern and this sparks an argument between Aly and Vikas. Salman agrees with Rahul and Vikas and believes that Rubina and Abhinav have a pattern wherein if a person is under their control, they are in their good books but if the contestant plays independently and goes beyond their wish, things change. He also takes Jasmin, Vikas and Rakhi’s name as an example.

10:10 PM: Salman then schools Rakhi for not knowing her limit and asks her to make sure that her behaviour doesn’t make anyone uncomfortable. He emphasises that everything she doesn’t isn’t entertaining. Rubina then explains how Rakhi’s behaviour has a pattern and changes gradually.

10:01 PM: Abhinav is of the opinion that he doesn’t need this benefit, but Salman believes that there hasn’t been anything wrong in that. While Abhinav feels there is nothing funny or offensive, Salman believes that he has been overreacting and Rakhi has been doing it just for entertainment. The actor also stated that it has been benefitting Abhinav and he appeared to be endearing to the audience. He further mentioned that Rubina shouldn’t be influenced by Arshi and other gossips.

09:54 PM: The next topic to discuss is Rakhi’s equation with Abhinav and Rubina. Salman asks Abhinav if he had clarified his discomfort to Rakhi, to this he stated that he thought that he will speak to her on the right time. The superstar is of the opinion that Rubina had been over reacting at times. On the other hand, Salman asks housemates if Rakhi’s behaviour is benefitting Abhinav, except Rubina and Abhinav, everyone agrees to it.

09:43 PM: Salman then quizzes housemates if the Abhinav was a good sanchalak. To this, Abhinav agrees and said that he was a bad and stupid sanchalak. Then Salman also reviews his performance as a sanchalak and called him biased towards Nikki. He also asks Rubina and Abhinav why do they find every one wrong except themselves.

09:25 PM: Salman greets the celebs and warns them about schooling them this week. He then reviews the cycle task and takes witty jibe at Rubina for her judgemental issues towards Vikas Gupta especially in the cycle task and the actress explains her side of the story. But this sparks an argument between them.

09:15 PM: Abhinav gets teary eyed as he expresses his disappointment towards Rakhi and said that if Rakhi’s behaviour is considered as entertainment, he wants to go home. Following this, Rakhi tries explaining her side of the story. While Rakhi tries apologising to Abhinav, he asks her to maintain her distance with him

09:00 PM: The episode begins with Salman Khan talking about the recent task in the house wherein the contestant has to individually name a contestant who was wrong during the week. While Nikki named Rahul, the latter took Rubina’s name for her selective judgement. On the other hand, Rubina named Rakhi for her behaviour towards Rakhi. Aly named Abhinav, while Rakhi took Rubina’s name. Abhinav looked quite heartbroken when he took Rakhi’s name.

Also Read: Bigg Boss 14 PROMO: Miffed with Rakhi, Abhinav pleads to Salman Khan: If this is entertainment, I want to go