Bigg Boss 14: January 31 Written Update: Vikas Gupta gets evicted and refuses to use the ‘joker card’ 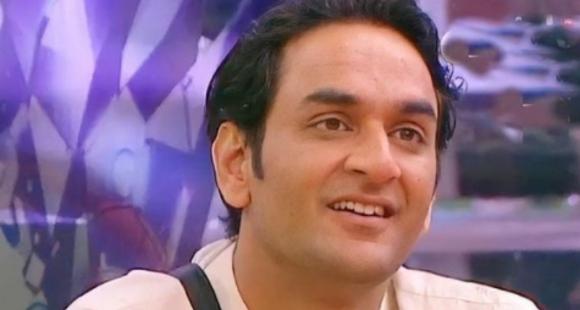 Bigg Boss 14’s latest episode witnessed some interesting tasks being conducted inside the house. Meanwhile, Mouni Roy also comes with her own set of questions and a unique task.

The episode begins with Salman Khan entering the stage and greeting the audience. He also talks about the housemates who have been nominated for eliminations. The host then shows whatever happened inside the Bigg Boss 14 house after the Weekend Ka Vaar. Vikas and Rakhi have a discussion about Abhinav. He asks her not to talk when nervous to which she agrees. She also says that she won’t talk to Abhinav if he doesn’t pay heed to her.

Aly and Rahul tell her that what’s happening inside looks like friendship to the outsiders. Meanwhile, Salman then talks to the housemates through Me TV. He gives a task to the housemates in which they have to make chaats according to the personalities of each other. The task begins with Rubina who is asked to make chaat for Rakhi and vice versa. Vikas makes chaat for Nikki post which the latter makes the same for Devoleena.

Rahul is asked to make chaat for Arshi and vice versa. Devoleena makes chaat for Vikas. Abhinav then makes chaat for Aly post which the latter makes the same for him. Aly and Devoleena are asked to host a show together. Both of them have some tough questions for the rest of the housemates. The first to face the same is Rubina. Devo asks her the reason behind not accepting her loss. She is also asked about her fights with Rahul.

She is asked the reason behind thinking that Salman Khan favours Eijaz Khan. Salman explains that everyone is the same for him and that he is not biased towards someone even if that person has worked with him earlier. The next is Abhinav who is showered with some tough questions. This is followed by a rapid-fire round with Rakhi. She then says that she’ll marry Rahul, Date Aly, and kill Abhinav. Post that, Rahul says that he’ll kill Arshi, marry Rakhi, and date Nikki. What’s more shocking is when he says that he’ll marry Rubina and kill Arshi.

Arshi says she’ll kill Aly, marry Abhinav, and date Rahul Vaidya. The next is Nikki who says that she’ll kill Aly, date Rahul, and marry Abhinav. Salman then shows a video of Ronit who mimics Arshi. Rubina, Nikki, Abhinav, and Arshi are asked to get ready for a task. Post that, the host makes a video call to Ronit. After that, he welcomes Mouni Roy on stage who gives a phenomenal performance. She then meets the housemates through Me TV.

Mouni talks about a word that has been frequently used by Rakhi in the show which is ‘Saandni.’ Post that, the housemates are asked to ride a bull which will shake violently if whatever answer they give turns out to be false. The first to ride the same and answer questions is Arshi. This is followed by Rubina and Abhinav. Salman informs the housemates that they can get access to everything inside the house until the next order from Bigg Boss.

He then talks about Vikas and his family matters which are a frequent topic of the house. The host says that they are not concerned with whoever is wrong or right. Salman says that all of this wasn’t required. When asked about the same, Vikas gives his reasons. He says that he has become much lighter after having blurted out everything. The host reminds how Aly advised him about his mom. Salman gives Vikas his peace of mind while reminding him of the previous season.

Vikas admits that he loves his mom but talks about whatever has impacted him during the game. Salman tries advising him about the same. The latter then tries explaining what drove him to speak about his personal matters the other day. He also states that he regrets doing the same. The host then says that Vikas’ family does not want to bring such matters on national television.

Salman then calls out the names of those who have been nominated. He says that Rahul and Nikki are safe. He informs that Vikas is the one who has got the least number of votes. However, he is given the option to save himself from eviction using the joker card. The host gives him two minutes to think about the same. He decides not to use the card despite the request of a few housemates. Vikas bids goodbye to everyone.

Rakhi Sawant breaks down and wonders who would side with her post which Devoleena says that she is there. Abhinav gives some advice to Rubina which she agrees with. Meanwhile, Salman Khan talks about the next nominations in which the prize money of the housemates will be put at stake. He then bids goodbye to everyone.