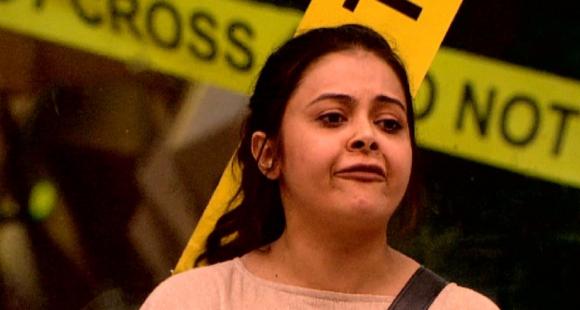 Devoleena Bhattacharjee entered the Bigg Boss 14 house as Eijaz Khan’s proxy. Here’s what led to an ugly fight between her and Nikki Tamboli.

Fights are not uncommon inside the Bigg Boss 14 house. However, there are times when the housemates have brought out personal things in the heat of the moment only to regret later. This is exactly what happened during the recent fight between Nikki Tamboli and Devoleena Bhattacharjee who are currently playing from two opposite teams. During the latest task, Nikki went inside the house and collected points to support Rubina’s team. Later, she got into a fight with Devoleena over the same.

The fight initiated when the latter wanted to enter the house but couldn’t do so as Nikki was already there. The actress then started calling her names and even got into a tiff with Vikas Gupta in between who asked her the reason behind switching sides and not supporting her own team. Their argument reached heights when Devoleena alleged that Nikki is siding with Rubina and Abhinav as they have got a lot of fans.

This leaves the latter enraged who then states that the Saath Nibhaana Saathiya actress accused people of #MeToo earlier. Their fight does not end here as Devoleena responds back by taking some names like that of Jaan Kumar Sanu and calling out Nikki’s alleged boyfriends. Later on, the actress could be heard narrating whatever happened in the previous season to Rubina who said that she isn’t aware of the same. She stated that the #MeToo term was used by her at the heat of the moment during a task and that she sorted things with Sidharth Shukla later on.