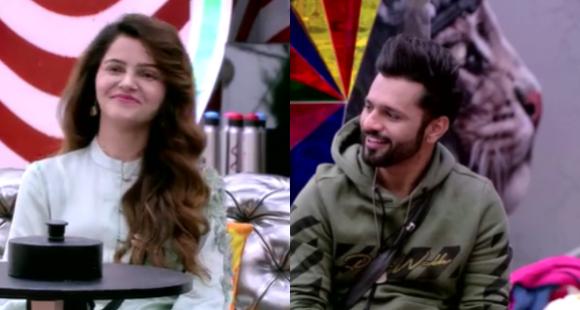 Rubina and Rahul never had a good relationship in the house. They always fought, but as the show is coming close to an end they have decided to end their differences and patch up.

The reality show Bigg Boss 14 has seen numerous fights between contestants especially between Rubina Dilaik and Rahul Vaidya. They have fought on many issues and have always been at loggerheads. Rahul had even called Abhinav ‘Nalla’ in the show while Rubina had always dragged Disha’s name in their fight. But the new promo released shows that they have patched up forgetting past issues. The video shows them dancing together which is a very rare scene in the house.

The show has left only a few days and five contestants are left. The final contestants are Aly Goni, Rubina Dilaik, Rahul Vaidya, Rakhi Sawant and Nikki Tamboli. Rubina and Rahul are seen as the strongest contestants.

In another promo, Rakhi Sawant and Aly Goni are seen fighting after he mentioned that he wanted to see Jasmin in the finale, not Rakhi. This made Rakhi upset and she started screaming at Aly.