Home EntertainmentHollywood Bigg Boss 14 Promo: Rakhi Sawant Scribbles ‘I Love You Abhinav’ All Over Her Body, Rubina Calls It ‘Cheap’

Bigg Boss 14 Promo: Rakhi Sawant Scribbles ‘I Love You Abhinav’ All Over Her Body, Rubina Calls It ‘Cheap’ 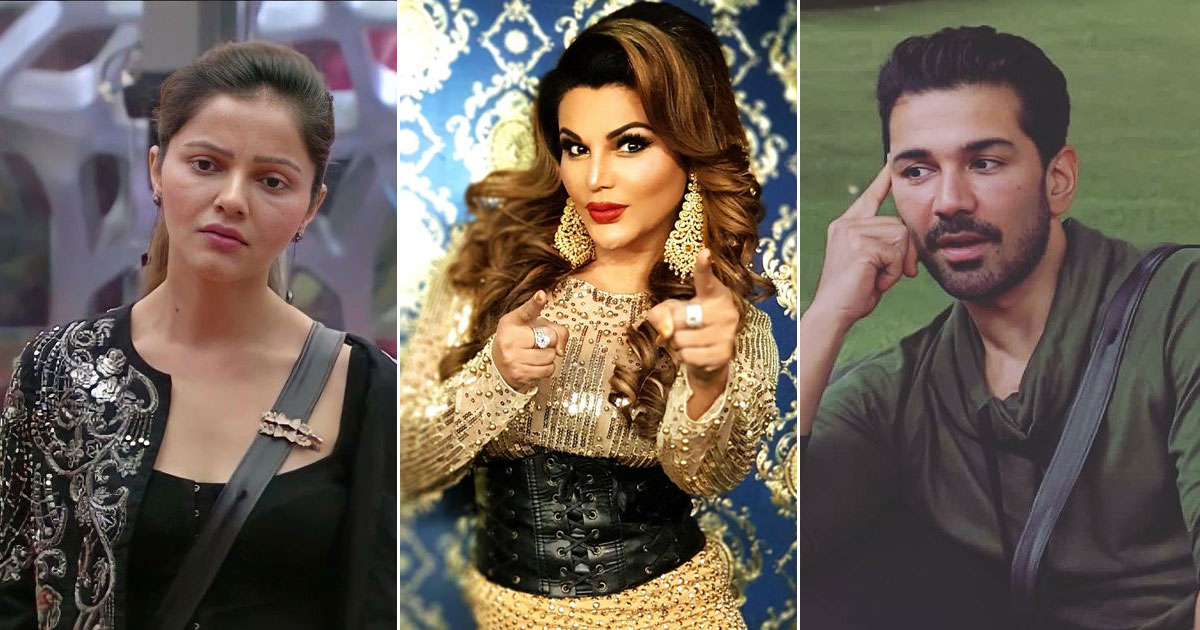 Rakhi Sawant‘s hilarious antics give a much-needed entertainment quotient on for Bigg Boss 14 viewers. The actress had previously confessed her feelings for Abhinav Shukla and now she is trying to woo him. This time she went a step ahead teasing him.

The network released a new promo video on social media, wherein, Rakhi was seen writing ‘I Love You Abhinav’ all over her body and roaming around in the house. All the other contestants, including his wife Rubina Diliak was, were shocked by her behaviour.

As shown in the promo, Rakhi Sawant scribbled ‘I love Abhinav’ all over her body in red and goes to Abhinav Shukla. He was shocked to see her like this. Rubina Diliak was also shocked and angry over her behaviour. She even calls it “cheap entertainment.”

However, this is not the first time that Rakhi Sawant has tried to tease Abhinav Shukla in this season of Bigg Boss. The actress had asked Abhinav to help her to drape a saree and he obliged. The fun moments between them are getting a lot of attention and viewers of the show are absolutely loving it.

Previously, a press conference was conducted during the latest Weekend Ka Vaar episode, wherein Rakhi was confronted over some of their actions inside the house. She shocked everyone by admitting that she married Riteish for the sake of money as she had become financially weak. And when she was asked about the whereabouts of her husband, she said that she herself didn’t see him ever since they got married.