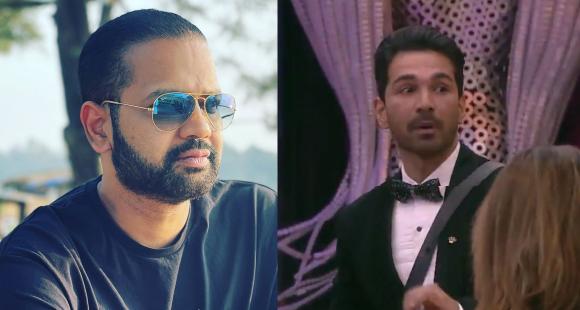 Rahul Mahajan, Shardul Pandit has criticized Rakhi Sawant’s behaviour towards Abhinav Shukla in Bigg Boss 14. Here’s what they have to say.

Bigg Boss 14, which is heading towards its last phase now, has been witnessing a lot of drama these days. While every contestant has been seen giving his best shot to secure a place in the house, Rakhi Sawant has been making headlines for behaviour with Abhinav Shukla. So far, we have seen the Pardesiya girl was seen flirting with the actor in the house and this went over the board lately following which Abhinav and Rubina have been mighty miffed with Rakhi.

In fact, in the recent promo, Abhinav even got teary eyed as he got irked with Rakhi’s behaviour and even expressed his disappointment towards the same in front of host Salman Khan. And now, Abhinav has found support in former Bigg Boss 14 contestants Rahul Mahajan and Shardul Pandit. While the two had entered the house as wild card contestant, their journey in the popular reality show was short lived. Both Rahul and Shardul took to micro-blogging site Twitter to share their views on Rakhi’s behaviour towards Abhinav and called it cheap and disturbing. Rahul wrote, “#RakhiSawant is cheap and people who still support her are maha cheap #AbhinavShukla.” On the other hand, Shardul shared one of the promos of BB14 wherein Rakhi was following Abhinav. Talking about the same, he wroted, “So a woman can touch a man’s nada?? What if we reversed the situation. This is disturbing, appalling, not funny and vulgar.”

Take a look at Shardul Pandit and Rahul Mahajan’s tweets for Abhinav Shukla:

So a woman can touch a mans nada?? What if we reversed the situation . This is disturbing, appalling ,not funny and vulgar https://t.co/WKqEeco7fk #BB14 #BiggBoss14 #BiggBoss2020

Meanwhile, Salman is of the opinion that Rakhi’s antics are benefitting Rakhi. However, on hearing this, Abhinav folded his hands and told Salman that he does not want this type of entertainment or benefit.

Also Read: Bigg Boss 14 PROMO: Miffed with Rakhi, Abhinav pleads to Salman Khan: If this is entertainment, I want to go

X
Vicky’s The Immortal Ashwatthama to roll soon, Ajay’s Chanakya script lock…GossipsHello, Bollywood buffs! As this day comes to an end, we are back with a brand new episode of Pinkvilla News Brief, bringing you the latest scoop from …
close