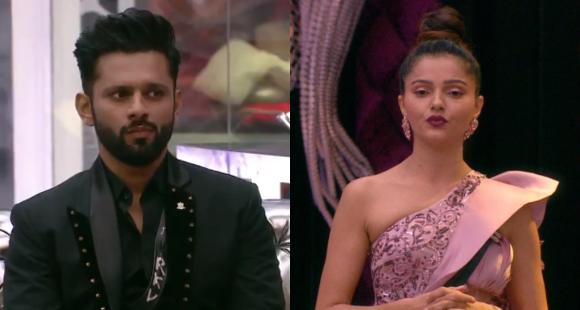 Rahul Vaidya and Rubina Dilaik never shared a good rapport with each other. They are always seen fighting but Rahul’s answer has stunned everyone.

Fans have always seen contestants Rahul Vaidya and Rubina Dilaik at loggerhead in the reality show Bigg Boss 14 from the first day. Viewers have seen them indulging in nasty fighting and never share a good bond with each other. But in the coming episode, Rahul Vaidya will stun Rubina along with housemates from his answer that he wants to marry the latter. As reported in the weekend ka vaar, the audience will see Aly Goni and Devoleena Bhattacharjee asking some questions from the contestants.

As The Times of India reported, Aly will ask his friend Rahul Vaidya if he had an opportunity to marry, date, and kill anyone out of Arshi Khan, Rakhi Sawant, and Rubina Dilaik then who would he choose? Rahul replied he will marry Rubina and will go on date with Rakhi Sawant as he shares a good bond with her. But his answer for Rubina made her shocked as she did not expect this. From day one, both Rahul and Rubina are seen fights over one or other issues.

Rahul also said he would like to kill Arshi Khan with whom he and Aly have ended their friendship. They had called her fake and accused her of betraying. Recently Rahul’s mother has said that the Shakti Astitva Ke Ehsaas Ki actress Rubina Dilaik tried to pick a fight with her son as she wants to take advantage.

Meanwhile, Rahul Vaidya had confessed his feeling for Disha Parmar and we can expect that the couple will be soon getting married. His mother has already said that the preparations have started.

Also Read: Bigg Boss 14: Rahul Vaidya’s mother on his fights with Rubina: She is using these arguments for her advantage