Home EntertainmentGossips Bigg Boss 14: Rahul Vaidya’s mom confirms preparing for his marriage with Disha; Says it may happen in June

Bigg Boss 14: Rahul Vaidya’s mom confirms preparing for his marriage with Disha; Says it may happen in June 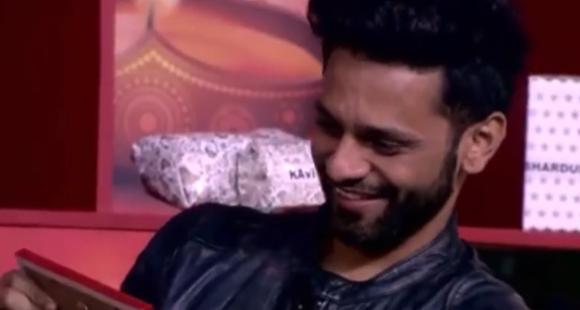 Rahul Vaidya’s mom recently entered the BB house during the family week. She also talked to him about his ladylove Disha Parmar. Bigg Boss 14: Rahul Vaidya’s mom confirms preparing for his marriage with Disha; Says it may happen in June

It was an emotional moment for all the housemates inside the Bigg Boss 14 house in the past two days as they got to meet and interact with their loved ones after a long time. Rahul Vaidya also broke down when he got to see his mom after so song. The singer could be heard praising his mom and crooning a song for her. In the midst of all this, she reveals about having made preparations for his marriage too!

Yes, that’s right. When Rahul asks his mom about Disha Parmar, she not only reveals that the latter has come to meet them but also talks about the preparations for the wedding. Now, the singer’s mom has confirmed the same in an exclusive interaction with ETimes. She has stated that everything has been finalized and that the smaller preparations have already begun. In her words, both the families have given a nod for Rahul and Disha’s wedding.

Rahul Vaidya’s mom also hinted at a June wedding as she revealed about Disha not wanting to tie the knot in summer. Not only that but she also added that they won’t wait till December. The singer’s mom happily says that she got her bahu (daughter-in-law) because of Bigg Boss. In her words, Rahul made up his mind regarding the whole marriage thing after having entered the BB house. For the unversed, the singer had earlier proposed to his ladylove on national television during one of the episodes of the reality show.

Also Read: Bigg Boss 14: Rahul Vaidya”s ladylove Disha Parmar is ecstatic as he re enters the show; Says ‘Hero is back’