Home EntertainmentGossips Bigg Boss 14: Rahul Vaidya’s mother on his fights with Rubina: She is using these arguments for her advantage

Bigg Boss 14: Rahul Vaidya’s mother on his fights with Rubina: She is using these arguments for her advantage 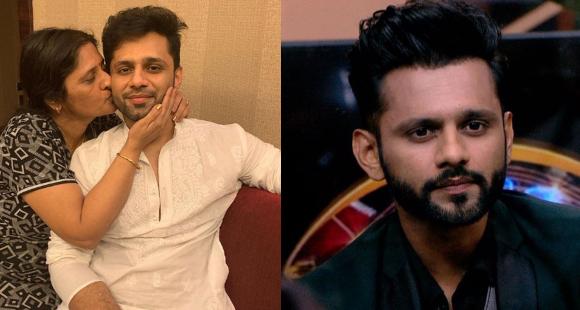 Rahul Vaidya and his never ending fights with Rubina Dilaik on Bigg Boss 14 never fails to grab eyeballs. Here’s what the singer’s mother has to say about this.

Bigg Boss 14: Rahul Vaidya’s mother on his fights with Rubina: She is using these arguments for her advantage

Rubina Dilaik and Rahul Vaidya have been among the most talked about and strong contestants in Bigg Boss 14 and there are no second thoughts about it. Not just the two have won millions of hearts with their game, but the constant arguments between Rubina and Rahul have got the audience intrigued and has left everyone brimming with an opinion. While both the contestants continue to lock horns, Rahul’s mother is of the opinion that the Shakti Astitva Ke Ehsaas Ki actress has been using these fights for her advantage.

During her conversation with TOI, Rahul mother claimed that the Indian Idol singer was unaware of Rubina’s fan base and isn’t the won to pick a fight with the celeb couple. Instead, it Rubina and Abhinav who have been cashing in on these fights. ““He isn’t cashing in on his fights with Rubina. It’s the other way round. He didn’t know Rubina before the show nor has he watched her show, Shakti. So, he had no idea about her popularity or fan base. He was asked if he has boarded the Rubina airline to be seen on the show. I guess he made it clear in an episode a few days ago that it’s not him, but Rubina and Abhinav, who are using their fights with him to their advantage. He had said, ‘Main nahi flight pakadta bhaiyya, meri flight pakad kar ye log aa rahe hain oopar’. Rahul is never the one to pick a fight with Rubina and Abhinav. In fact, they poke him all the time. It’s evident that no matter how he performs if they have a choice to vote against someone, it is always him. Toh kaun kiski flight pakad raha hai viewers hi dekh kar decide karein,” Rahul’s mother was quoted saying.

She also stated that while Rahul is a friendly person, he does take time to understand people. While the singer’s mother is quite happy with his fame, she believes that his strong opinion is his USP. “Usko jo lagta hai woh thode shabdon mein summarise karke bolta hai. Zyada lamba nahi hota hai aur audience ko bohot jaldi samajh mein aa jaata hai uska point (He puts his point across without dragging on a topic making it easier for the audience to understand). Strongly hi rakhta hai apna point aur achha justify karta hai,” she added.

Also Read: Bigg Boss 14: Rahul Vaidya”s mom confirms preparing for his marriage with Disha; Says it may happen in June