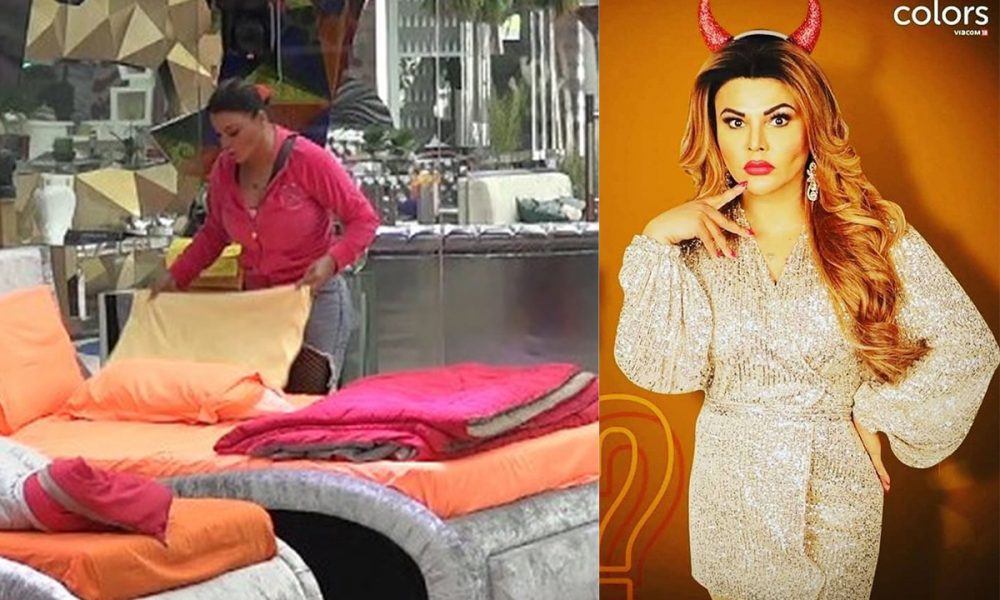 One of the highlight from the weekend episode of Bigg Boss was when host Salman Khan disapproved of the way Rakhi Sawant had been behaving in the show and also gave her a choice to leave the house if she continues to behave this way. It seems like, Rakhi has had a change of heart and showed a completely new side to her while keeping the element of entertainment alive.

In the promo released by Colors TV, contestant Rakhi Sawant was seen volunteering to do major chores around the house like sweeping the floor and making everyone’s bed. Towards the end of the clip, she could be seen relaxing in the garden area while saying hilarious things to make the audience laugh.

As the finale is nearing, connections of the contestants entered the house to show support to the contenders. Devoleena’s supporter Paras Chhabra, who was a finalist in the last season will also be seen entering the house in today’s episode. You can watch Bigg Boss’ new episode on Colors TV on 10:30 and also stream in on Voot app.