Home EntertainmentGossips Bigg Boss 14: Rakhi Sawant REVEALS a friend tried to take advantage of her on pretext of giving money

Bigg Boss 14: Rakhi Sawant REVEALS a friend tried to take advantage of her on pretext of giving money 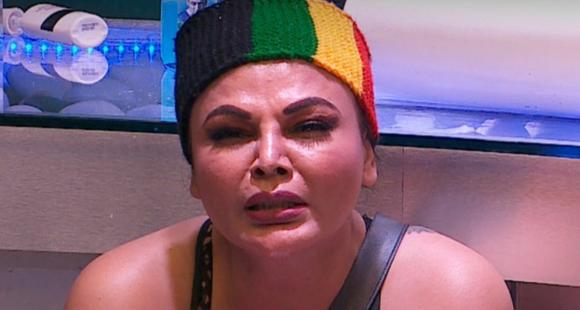 Rakhi Sawant and Rahul Vaidya have been sharing a great camaraderie inside the Bigg Boss 14 house. Both of them had a serious conversation in the latest episode of the show.

Bigg Boss 14: Rakhi Sawant REVEALS a friend tried to take advantage of her on pretext of giving money

The audience got to see the emotional side of Rakhi Sawant again in the latest episode of Bigg Boss 14. The actress shared some light moments with co-contestant Rahul Vaidya and spoke her heart out in front of him. When he asked her to speak about her life, Rakhi got quite emotional and initially began by speaking about her mother’s health. She recalled a time when her mother was sick and she didn’t have money for the latter’s treatment.

Rakhi then told Rahul how she discussed the problem with one of her friends who stepped out to help her. The actress stated how she saw a completely different side of the latter the next day when she went to meet him. This particular friend allegedly took her inside his ‘imported’ car and locked it from inside. She further added that this guy was drunk at that time and told her about a ‘give and take” deal.

She refused to oblige with him but he forcefully asked her to take off her top. As revealed by Rakhi, he ditched her in the middle of the road when she didn’t abide by his orders. When Rahul asked her the reason behind not taking action against the culprit, Rakhi said that her father had a heart attack during that time and that she had to be with her family at that time. She also added that she hasn’t shared the details of this incident with her mother or anyone else.

Later on, Rahul could be seen consoling Rakhi and asking her not to be weak. Meanwhile. Bigg Boss called both of them to the confession room and asked them not to speak anything about whatever they spoke alone earlier. In the same episode, Rakhi also revealed in front of Rahul that her husband Ritesh is already married with a child and that she came to know about it much later.

Also Read: Rakhi Sawant’s family REACTS to revelation about her husband being already married with a child