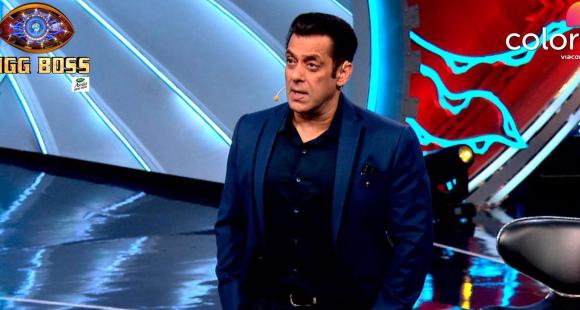 Bigg Boss 14, which is being hosted by Salman Khan, is inching towards its grand finale now which will take place next week. Ahead of the grand finale, the superstar has confirmed the next of Bigg Boss as well. Here’s what he said.

Bigg Boss has been among one of the most talked about reality shows on Indian Television and there are no second thoughts about it. The show has witnessed thirteen successful seasons so far while the ongoing 14th season, which has been quite popular among the audience, is set to witness its grand finale next week. And while the audience is quite excited about Bigg Boss 14 grand finale, Salman has grabbed tonight after he confirmed the fifteenth season of the popular reality show.

This happened during the recent Weekend Ka Vaar episode wherein host Salman Khan revealed that it will be the last Weekend Ka Vaar of this season. While he confessed having mixed emotions about bidding adieu to Bigg Boss, he stated that the show will return with the fifteenth season after eight months. This isn’t all. He also confirmed his cameo in Shah Rukh Khan’s much talked about Pathan along with working on movies like the third installment of Tiger franchise and Sajid Nadiadwala’s Kabhi Eid Kabhi Diwali. Needless to say, Salman’s announcement about Bigg Boss 15 has got the audience quite excited.

Meanwhile, talking about Bigg Boss 14, the show is in its last leg and is witnessing intense competition between Rubina Dilaik, Aly Goni, Rahul Vaidya, Devoleena Bhattacharjee, Nikki Tamboli and Rakhi Sawant. While Nikki and Rakhi have already made it to the finale week, the remaining four contestants continue to be nominated for elimination. It will be interesting to see who all will make it to the finale week and which of these contestants will lift the winner”s trophy.