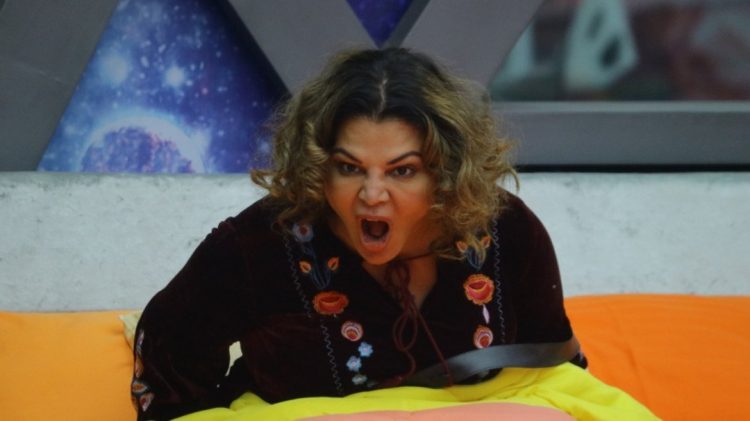 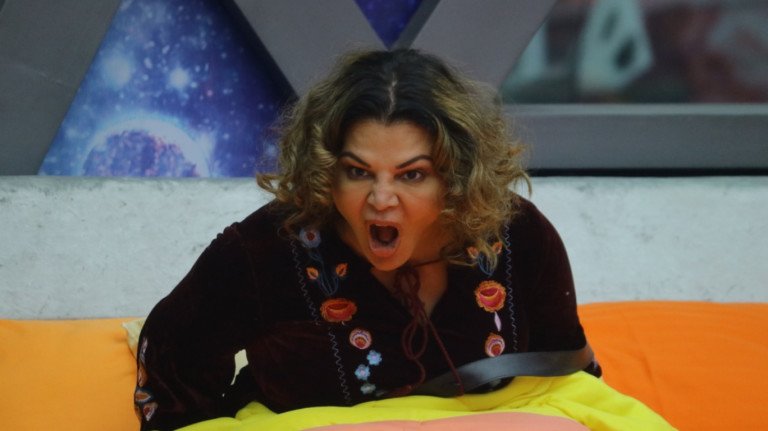 Ever since Rakhi Sawant has stepped inside Bigg Boss 14 as a challenger, she has been entertaining the audiences with her antics. Many find it hard to admit but Rakhi has managed to entertain people like no other housemate.

While Rakhi was pulled up for the abuses she was hurling during the duck task but many found the rest of the act that she put up to be hilarious. In tonight episode too people and housemates will get to see a different avatar of Rakhi.

Looking absolutely fearsome, Rakhi is seen staring into the camera very intensely for a long time. Suddenly something happens and she eerily starts rocking back and forth and even silently cries.

Jasmin is the first one to notice and asks Rakhi if everything’s alright with her. Rubina is the next one to get spooked as Rakhi starts singing. Arshi also asks Rakhi about what she is doing when she sees Rakhi standing still as if in a trance. Sonali Phogat approaches Rakhi and asks her why she is crying to which Rakhi replies she is not.

By now everyone is rightfully spooked. Sitting in the garden area, Rakhi is seen talking with Eijaz Khan and Aly. Eijaz addresses her as Julie and asks her whether she belongs here. Rakhi aka Julie tells him that it is her house and that she has a connection with the place where Eijaz sleeps. Later Eijaz is seen confessing to Aly that he is genuinely scared now as Rakhi looked at him in a very spooky way!

When everyone is lazing around in the sleeping area, Rahul remarks something about removing the Pret Aatma (ghost) from the house, and Rakhi suddenly shouts at him! Even Arshi is seen asking Rakhi whether it is still there or has some other spirit taken charge! Vikas Gupta is the only one who remains unfazed as we see him sleeping comfortably in Rakhi’s lap! When Jasmin asks Rakhi/ Julie whether she is happy, she replies in the negative. She says that for 200 years she has been unhappy and this place belongs to her!

While these antics keep people entertained there is also a new task that will be handed out and the decision regarding the new captain of the house will be announced.