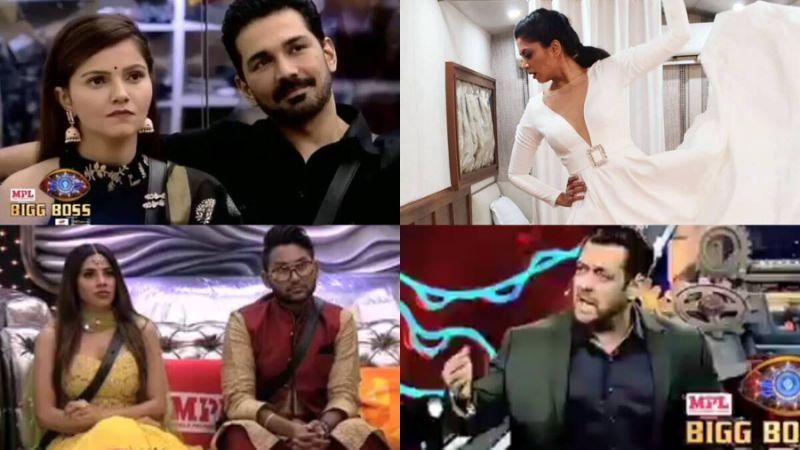 Bigg Boss 14 has entered it’ third week, and the nomination process is in full swing. In the last two weeks, which have been packed with action, we saw contestants Sara Gurpal and Shehzad Deol being eliminated based on their popularity within the house. This week will be intense as the nomination procedure is entirely in the freshers’ hands and the new wild card entries who are now a part of the house.

This week’s nomination task sees the contestants been handed a pie, which they have to smash on the nominated contestant’s face. The biggest surprise until now has been singer Rahul Vaidya. He has been playing very well and as an individual. The audience had begun to warm up to him, and he was receiving accolades. During the task of nominations, Rahul first nominates Rubina. He gives his reason for the same, which is accepted, but he later nominates Jaan because he hates nepotism.

Read More:  Dow futures rise to kick off the week despite jump in coronavirus cases

It is a known fact that Jaan is the son of Kumar Sanu, and while it is speculated that he is still in the house owing to this very aspect, it is shocking for another singer to point this out on national television. This seemed like a personal rivalry concerning the profession they are in rather than a reason to nominate Jaan for eliminations. The whole house then raises their voices and stand against Rahul for his reason.

Eijaz Khan was also nominated, but he was saved from nominations by the house captain, Kavita Kaushik, Eijaz’s friend. Pavitra is a strong player, but she has been getting on the public’s nerves for her habit of picking up the most baseless points and making it into a fight.

Jaan has not been an individual entity in the house, which makes his relevance rather questionable. But after this nomination procedure, he could attain a lot of sympathy from the audience. Rahul has played well, but his tactic for nominating Jaan could be used against him as it was uncalled for. Nikki is one of the strongest players in the house, and the chances of her elimination are the bare minimum.