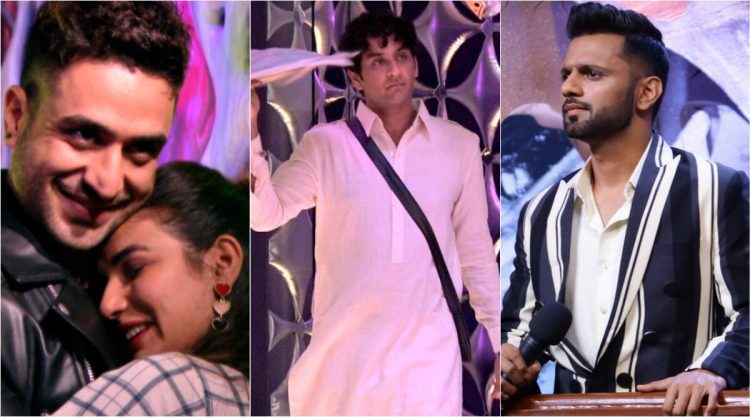 “Being locked up inside the house for more than 15 weeks” – this has been the basic format Bigg Boss has followed for years. The game is about creating a new world away from real-life connections. If one manages to entertain, they stay, or else the audience shows them the door. However, the latest season seems to have ditched the formula, as most evicted contestants have re-entered the house after a short break.

What’s also rather amusing is that the makers planned an early finale on Bigg Boss 14 and announced only four contestants will be a part of the finale. However, some evicted contestants made a comeback, and now the house has seven housemates from this season, plus four remaining challengers.

The first one to return after an unceremonious exit was Kavita Kaushik. The FIR actor had entered Bigg Boss 14 as a wild card, and was touted to be a strong contestant. However, given her ugly fights with Eijaz Khan and some not-so-kind words shared between them, she was soon evicted after receiving the least number of votes. But the following weekend, Salman Khan made Kavita meet a panel consisting of former contestants Kamya Punjabi, Vindu Dara Singh, Devoleena Bhattacharjee and Naagin 5 actor Surbhi Chandna, and she had to convince them to give her a second chance. They did question her actions but readily agreed on her return, and even advised her on how to play the game better. However, in her second stint, Kavita tried to make a mark but walked off after a tiff with co-contestant Rubina Dilaik. While she was gone for good, many in the audience did expect her to come back, given the new trend this season.

Aly Goni made quite a dramatic entry after his rumoured girlfriend Jasmin Bhasin had a breakdown. Being a smart player with an affable personality, Aly turned out to be a much better contestant compared to this season’s lot. His journey was cut short after he and Jasmin lost the immunity task and were asked to mutually decide who among them will leave the show. What followed was tears, drama, heartbreak as Aly sacrificed his place for Jasmin, while she cried over being left alone in the house. Cut to a few days, Aly was back in Jasmin’s arms, and the audience is still figuring out why he exited in the first place!

The same goes for Nikki Tamboli, who was ousted during the mid-season finale. The actor was left in tears as she had been very passionate about the show. In just a few days, she arrived in a gift box, as a surprise to the housemates. If indeed she received the least votes, we want to ask the makers, why will anyone vote for her again?

Now comes the strange comebacks – Rahul Vaidya and Vikas Gupta. For the first time, host Salman Khan offered a contestant to leave the show on their own will. And Rahul shocked the audience when he actually chose to walk out, as he was homesick and lonely in the Bigg Boss house. But in just a week, he was back negotiating his return with Salman and the housemates, saying he deserves a place in the show. What exactly happened in a week leading to his change of mood is still a secret.

Vikas Gupta, on the other hand, was shown the door after he flouted one of the most important house rules – using physical force against a co-contestant. But on Tuesday’s episode, he walked back much to the disgust of friend-turned-enemy Arshi Khan who he had pushed into the swimming pool. Manu Punjabi, who is currently out due to a medical reason, is also expected to return soon.

The beauty of Bigg Boss is that it keeps contestants away from outside influences. Their opinions, relationships and game plans are all based on what happens inside the house. When someone exits that universe, they get time to delve on strategies of their competitors, make new game plans and even find out audience’s opinions about them and the show. All of this leads to manipulation, and hence it’s unfair not just to the other contestants but also the audience.