Home EntertainmentBiggBoss Bigg Boss 15: List of all the Confirmed Contestants with Photos

Bigg Boss 15: List of all the Confirmed Contestants with Photos 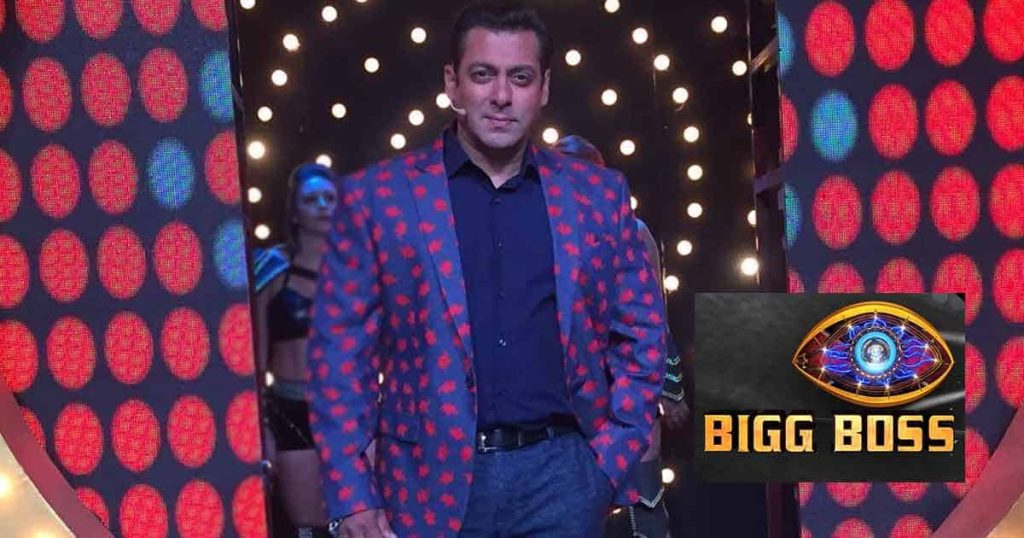 The most popular reality TV show of television is finally back with its fifteenth season to entertain us with full flow. The Salman Khan hosted show, Bigg Boss, was premiered at 2nd October 2021. Like every season, this season too, the contestants are locked up inside the Bigg Boss house without any contact with the outside world. Also, this time, the ‘Jungle Me Dungle’ theme is given to the show in which, before having access to the luxurious house, the contestants will have to spend two weeks in the jungle theme setup.

Some important details about the Bigg Boss 15 show

The show is airing on Colors and is also available on Jio TV. From Mon-Fri, the show airs on Colors at 10.30 pm IST.

You can stream Bigg Boss 15 online on Voot Select. The subscribers of the Voot Select have exclusive 24×7 access to the Bigg Boss house.

Pratik is an Actor, model & Fitness Trainer. He is the winner of. ‘Change in Me’ in 2005 (Health and Fitness Contest). He made his On-Screen appearance in 2018 as a participant in the MTV Love school. He made headlines while dating Pavitra Punia.

Nishant Bhat was the first runner-up of the reality show Bigg Boss OTT season 1. After the finale, he announced that he would be entering the Bigg Boss 15 house to win the hearts of the people again.

Shamita won the place of second runner-up in the Bigg Boss OTT 2021 and has also entered the Bigg Boss 15, hosted by Salman Khan to play as a genius gamer once again.

Shamita Shetty (born 02nd February 1979), sister of a famous Bollywood actress Shilpa Shetty, is also a Bollywood actress and interior designer. Her debut movie was the blockbuster ‘Mohabbatein’ in 2000. She has achieved the IIFA Award for Star Debut of the year for the portrayal of ‘Ishika’. She was also a contestant in ‘Bigg Boss 3’, in 2009. In 2015, She participated in ‘Jhalak Dikhla Jaa 8’ and became the 2nd Runner-up. Also in 2019, she was the finalist in ‘Fear Factor: Khatron Ke Khiladi 9’.

Tejasswi is all set to make her way to the Bigg Boss 15 house this year.

Tejasswi is also nominated for Indian Telly Awards (2015) and Gold Awards (2018 & 2019). She belongs to a musical family. By education, she is an engineering graduate in Electronics & Telecommunication Engineering from Mumbai University.

TV star Karan Kundra will be also seen on the Bigg Boss 15 house this year.

He worked in many TV serials, including ‘Aahat’ (Sony TV), ‘Ye Rishta Kya Kehlata Hain’ (2021). He also appeared in several movies & music videos. His debut web series is ‘It Happened in Calcutta’ (2020).

In 2009, he received the TV Icon of the year Award. His educational qualification is MBA and he owns an international call center.

Bigg Boss 15 also invited one of the singers, Akasa Singh, as the contestant to rock the house.

Akasa Singh (born 2nd April 1994) is an Indian singer and live performer. She belongs from a musical family and is herself a trained classical singer. She is famous for songs Naagin, Thug Ranjha, Maserati, Naiyyo, Yaad Na Aana, etc. She debuted in 2016 with Keech Meri Photo. She made her television debut as a host for secret side on MTV Beats.

Umar Riaz (born 1st January 1991), an elder brother of the former Bigg Boss 13 contestant, Asim Riaz, has entered the Bigg Boss 15 house as a contestant to lead the reality show.

He is not only an actor and model, but also a surgeon with MBBS as well as Master of Surgery degree. He earned immense popularity when he appeared as a guest to meet his younger brother, Asim Riaz in the Bigg Boss 13.

Along with medical practicing, he has entered in the entertainment industry. He has also been a part of music videos.

One of the contestants who has entered the Bigg Boss 15 house is Simba Nagpal.

Simba (born 25th September 1996), is an Indian actor and model. He is famous for his lead role in a serial ‘Shakti Astitva Ke Ehsaas Ki’. He made his television debut on MTV channel’s dating show, MTV Splitsvilla Season 11. He has also worked in several television commercial and modelling events, as well as featured in MTV Roadies Real Hero (Season 17).

An M.Tech degree holder, Sahil Shroff has also appeared as one of the family member of the Bigg Boss 15 house.

Sahil (born 17th October 1982) is an Indian actor and model. He is mainly known as the contestant of the reality television competition ‘The Amazing Race Asia’, from 2006-2007. He made his Bollywood debut in Farhan Akhtar’s ‘Don 2’ (2011). He has done many commercials.

The next member of the Bigg Boss 15 is Meisha Iyer.

Ieshaan (born 19th January 1994) is also a member of Bigg Boss 15 family. He is an Indian television actor and model. He made his debut in TV serial ‘Rishton Ka Chakravyuh’ (2017-2018). Ieshaan got fame through MTV’s show called Fanaah. He also appeared in MTV shows, Zindagi U-Turn and Pyar Tune Kya Kiya. Apart from this, he has done web series and featured in music videos.

Afsana (born 13th June 1994) is an Indian singer who is dedicated to Punjabi music industry. She started her career as a singer by participating in singing reality show “Voice of Punjab Season 3” (2012). She also participated in the singing reality TV show “Rising Star’. She is famous for the song “Jatta Sareaam Ve Tu Dhakka Kardae”.

Vidhi is an Indian actress, who also became the part of the Bigg Boss 15 family. She is known for playing the role of Imli in Udaan (2014). Vidhi started her career with TV serial Tum Aise Hi Rehna (2014).

Jay (born 25th December 1984) is the highly paid contestants among all the participants of the Bigg Boss 15.

He is an Indian television actor, dancer, model and host. He made his television debut in the show Dhoom Machaao Dhoom (2007). He got popularity from the show Kayamat (2007-08). Also, Jay hosted many dance reality TV shows including Dance India Dance. He along with his wife Mahi Vij won the Nach Baliye (5) (2012) trophy. He was also seen in many reality TV shows like Fear Factor: Khatron Ke Khiladi – made in India, where he ended up in 6th place.