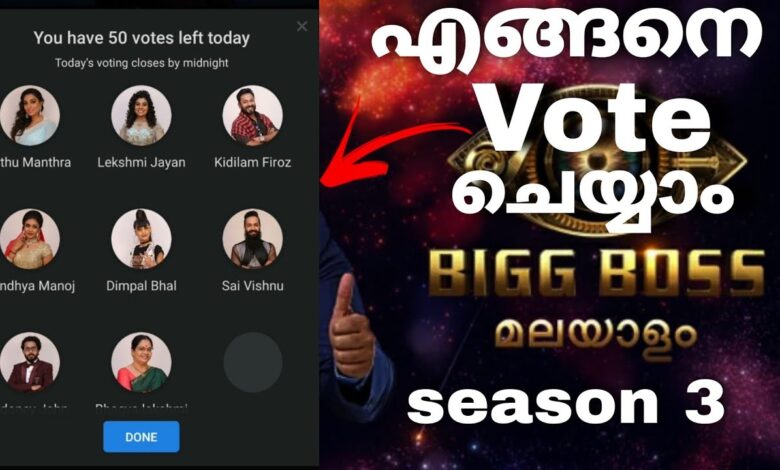 Bigg Boss Malayalam Season 3 is in the verge of completing a dramatic second week. Eight contestants were nominated for eliminations in week 2 of Bigg Boss Malayalam 3. No eliminations took place so far and a wildcard entries, Michelle Anna, Feroz and Sajna were inducted into the house this week. A major twist was witnessed in this week’s ‘Devasuram’ task which brought entertainment into the eviction nominations fiasco for week 2.

The ‘Devasuram’ task ,journey stories and this week’s fights are impacting the voting results by considerable means. Sandhya Manoj and Lakshmi Jayan continue to lurk around in the bottom two from the first day and Rithu Manthra and Dimple’s influence seems to be a huge positive for their prospects this week.

The first nomination task and the furious fights was the major highlight of this week. The wildcard entrants were not nominated this week. Anoop, Ramzan and Noby were safe from nominations this week.

Captain Soorya and wildcard entrants were safe from nominations this week.

According to reports, Dimple Bhal and Rithu Manthra are likely to be safe this week.

According to reports, Kitilam Feroz, Lakshmi or Sandhya Manoj are likely to be evicted this week.