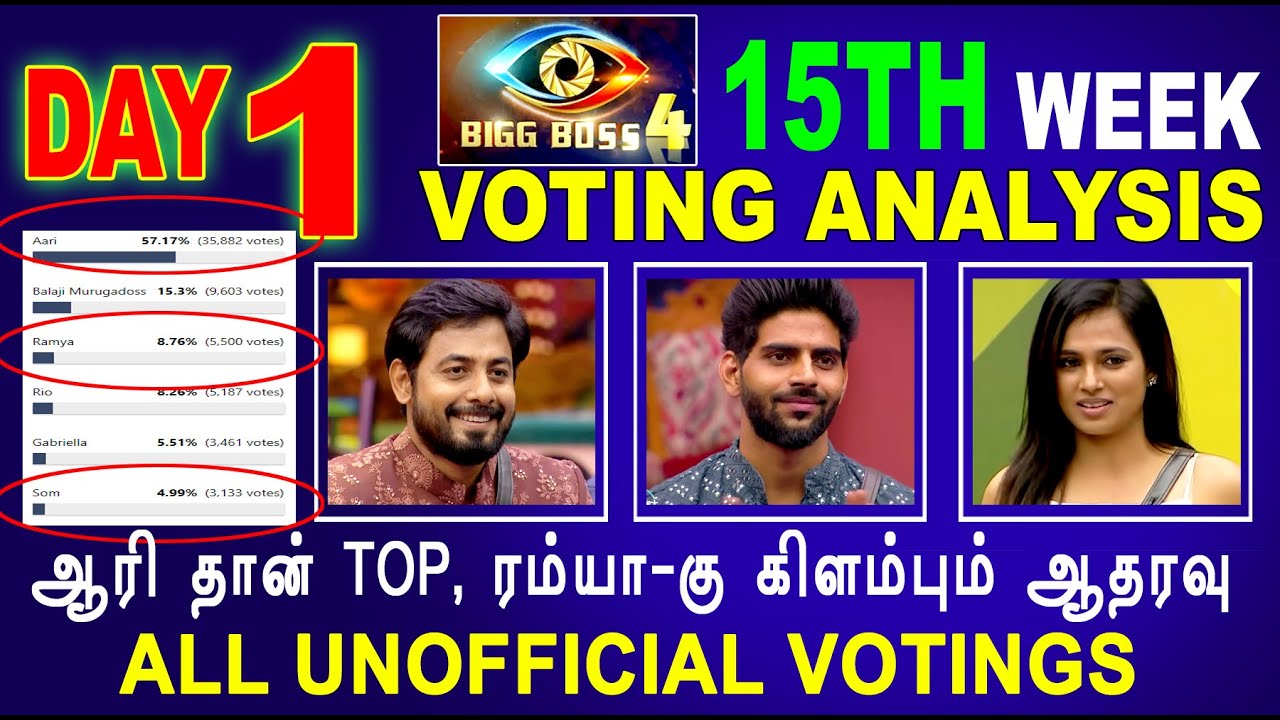 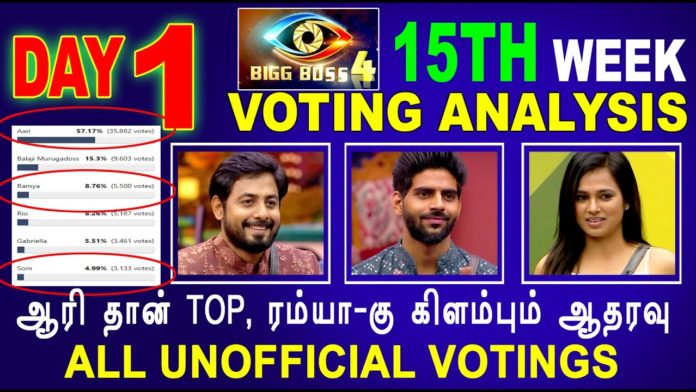 Bigg Boss Tamil Season 4 is on course to close curtains with a nostalgic finale 15th week. All six finalists are in contention for winning the title during the final week 15 of Bigg Boss 4 Tamil. Thirteen eliminations took place so far and Shivani was the last contestant to be evicted. Evicted contestants Archana, Rekha, Nisha, and Ramesh entered the house on Monday.

Balaji and Aari’s unity, entry of evicted contestants, and weekend praises from Kamal Hassan is impacting the audience mindset by considerable means. Somshekar is in the last position from the first day and Gabriella’s lull game seems to be a huge negative for her prospects in the ‘finale’ week.

This week’s voting results will see healthy competition in voting as the top contestants like Aari, Rio and Balaji are in the fray for winning the title of Bigg Boss Tamil 4. Aari dominates the table from day 1 while his missed call number stopped working last night. The presence of all three contestants from the ‘love bed group’ in the bottom three gives the audience a week to shift focus on Ramya and Somshekar.

The ‘Ticket to finale’ closing tasks was the major highlight of last week. Ramya entered the audience’s hearts this week with a stellar performance. Rio was dull and lost during the weekend episodes which was upsetting for his fans.

Who Will Be in Top 3 From Eviction This Week?

According to reports, Aari, Ramya, and Balaji are likely to be in the top 3 this weekend.

Who Will Be in Danger of Eviction This Week With Cash Prize?

According to reports, Gabriella and/or Somshekar to be evicted this week with a cash prize.