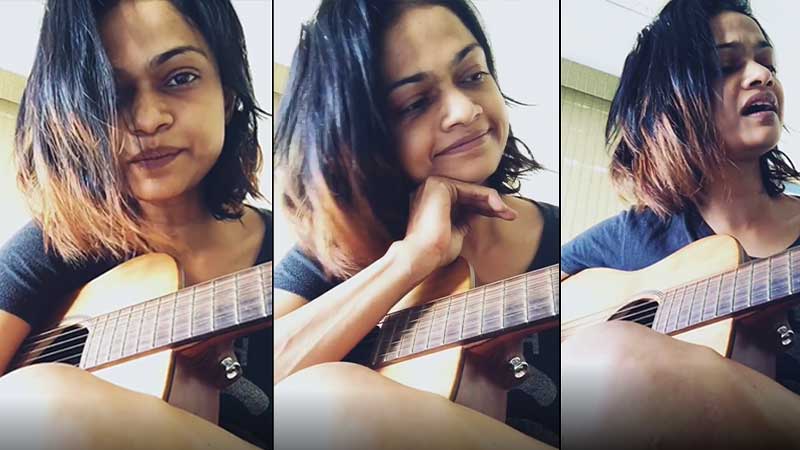 
Bigg Boss 4 Tamil ex-contestant and popular radio jockey, a playback singer as well as dubbing artist Suchithra posted a new music video dedicated to Balaji Murugadoss. Suchi had entered the house of Bigg Boss Tamil as a wild card contestant, her entry had created quite the buzz.

Suchi’s eviction was also quite shocking in fact her fans also trended ‘Suchi’ on Twitter post her elimination from the house. Now, she is back again with a song which she had dedicated to Balaji Murugadoss who is still inside the house of Bigg Boss Tamil season 4.

Suchitra may not have been successful in lasting in the popular reality show BB 4 Tamil for no more than 20 days, but she did make lots of memories and friends. Balaji Murugadoss and Suchi had become good friends and had been supporting each other even after sometimes getting into argument. Suchi till the end supported Balaji inside the house of Bigg Boss Tamil 4.

Suchi after getting out of Bigg Boss Tamil 4 can still be seen supporting her good friend Balaji Murugadoss. To show her support she decided to not only compose a song for him but also posted it on her social media handle. She captioned the music video, ‘Bigg Boss Originals 💖 – The Bala Song 😎 When inspiration strikes, you gotta be ready. With a guitar.
#nohardfeelings ✌🏼#allingoodfun #biggbosstamil4 #balajimurugadoss #friendshipneverends