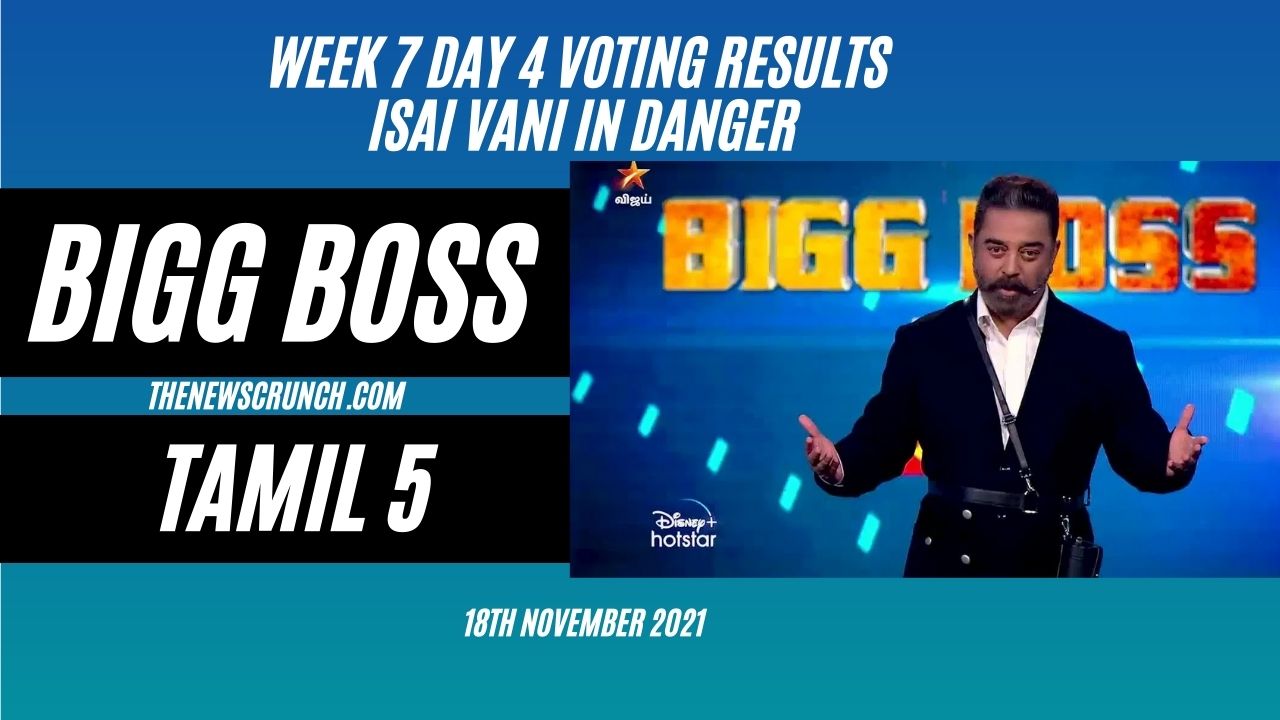 Bigg Boss 5 Tamil witnessed five eliminations and this week’s eviction suspense will go down to the wire. Madhumita, Suruthi, Nadia, Abishek and Chinna Ponnu are eliminated from the reality show so far. However, the limelight now falls on the week 7 elimination voting results which finds Ciby leading the voting race.

The voting lines for Bigg Boss 5 Tamil will open on Monday until the end of Friday’s episode. There are multiple chances of Isai or Iykki’s elimination this week. However, Abhinay and Imman are facing the heat as the competition surges. Pavni is playing low but her performance with Raju was commendable.

These are the missed call numbers for contestants:

There are two voting methods by which the viewers can cast votes for their favourite contestant. One is an Hostar App Voting, and the other is by Missed Call Voting.

The step-by-step procedure on “How to Vote for Bigg Boss Tamil Online through Hotstar?” has given below. The contestants who fail in convincing the audience may eliminate from the show.

How to Vote Bigg Boss Tamil Online on Hotstar App

For your queries on “How to Vote for Bigg Boss Tamil?” below are the answers: