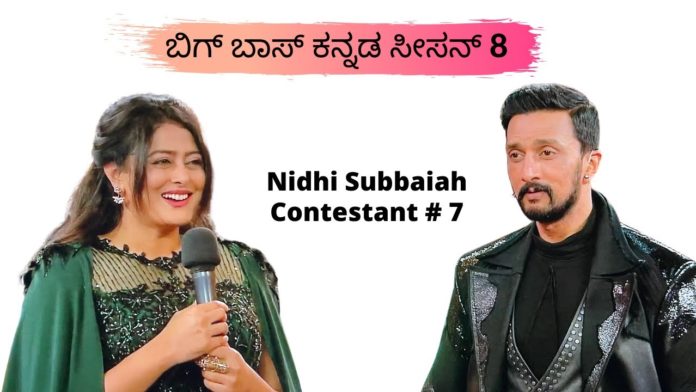 Shubha Poonja is one of the few contestants attracting attention during the first few days at the Bigbas house But the chances of him leaving in the first week are exacerbated.

Nidhi chose Shubha as her opponent to play the game. Nidhi and Shubha played the game of darts, which were aimed at winning points. Shubha took the lead in the first round, but then Nidhi defeated Shubha by a large margin.

Nidhi left the nomination but Shubha Poonja was nominated in her place. Currently nominated contestants are Singer Vishwa, Raghu Gowda, Shubha Poonja, Dhanushree and Nirmala. Who will be the first contestant to leave the house this weekend or will the nomination gets transferred to next week as the voting lines are not opened yet.